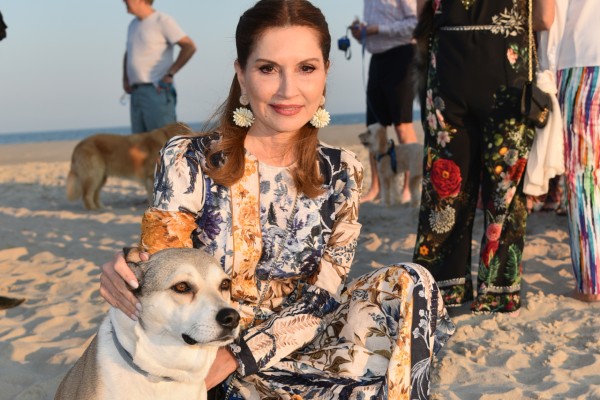 As the sunset over Dune Beach in Southampton, American Humane hosted a special clambake, Dogs on the Dunes, to honor the brave heroes on both ends of the leash. Highlighted by the beautiful summer sky, the sold-out event was a tremendous success with many invited guests bringing their own dogs which only added to the fun evening.

Military working dogs, who so valiantly serve alongside our troops to keep them safe from IEDs and other dangers, are too often retired overseas and are not able to be brought home to the loving homes of their former handlers.

American Humane stands first to serve to reunite Battle Buddies who have so bravely served our country, and who are really heroes on both ends of the leash.

Dr. Robin Ganzert, American Humane’s president & CEO started things off by talking about the significance of the event before introducing Philanthropist and American Humane Board member, Jean Shafiroff.

Jean gave a speech announcing that she was honored to serve as National Spokesperson for the American Humane’s Feed the Hungry Covid-19 Program and that they had reached their goal of $1,000,000 to feed over 1,000,000 animals.

Jean gave a speech announcing that she was honored to serve as National Spokesperson for the American Humane’s Feed the Hungry Covid-19 Program and that they had reached their goal of $1,000,000 to feed over 1,000,000 animals.

Jean Shafiroff, who is an American Humane board member, has been the national spokesperson for the Feed the Hungry campaign and has hosted several fundraisers since its launch. While helping raise funds, Jean also donated generously to the cause and has appeared on national television programs numerous times for interviews promoting the campaign.

Related:  She Helped Natalie Portman Buy A Pooch In Harlem, Other Celebs Respond To Her Puppy Love

“American Humane is honored to have brought together so many fabulous people in support of our efforts to reunite American’s brave military K-9s with their beloved handlers,” said Dr. Robin Ganzert. “Every dog who serves in the U.S. Armed Forces deserves our thanks and a restful retirement, which is why we were thrilled to launch our Military Working Dog Reunification fund at our inaugural Dogs on the Dunes Clambake. This critical fund will make it possible to bring even more of our K-9 veterans home thanks to the generous help of our donors and ambassadors.”

Southamptonites came out to the Dunes with their dogs and enjoyed a stunning moonrise while noshing on clams, lobster and s’mores roasted over a beach bonfire. Guests also kicked off their flip-flops and got down to the musical entertainment provided by the Alex Donner Steel Drum Band.

Proceeds from the event will establish the American Humane Military Working Dog Reunification fund and help to bring our brave MWDs who are sadly left alone overseas home to be reunited with their beloved handlers. 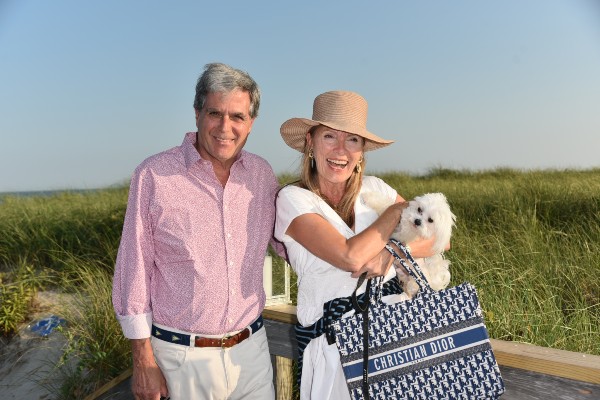 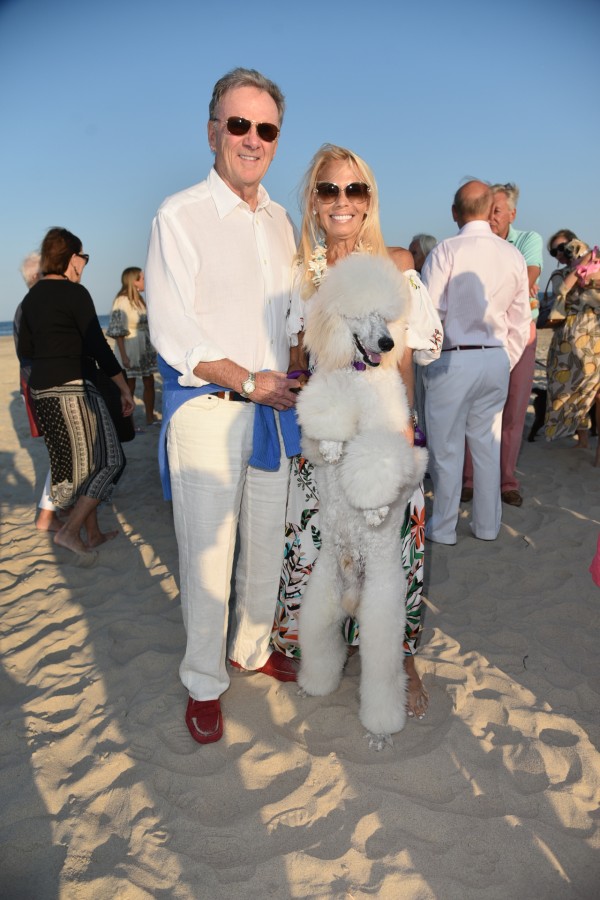 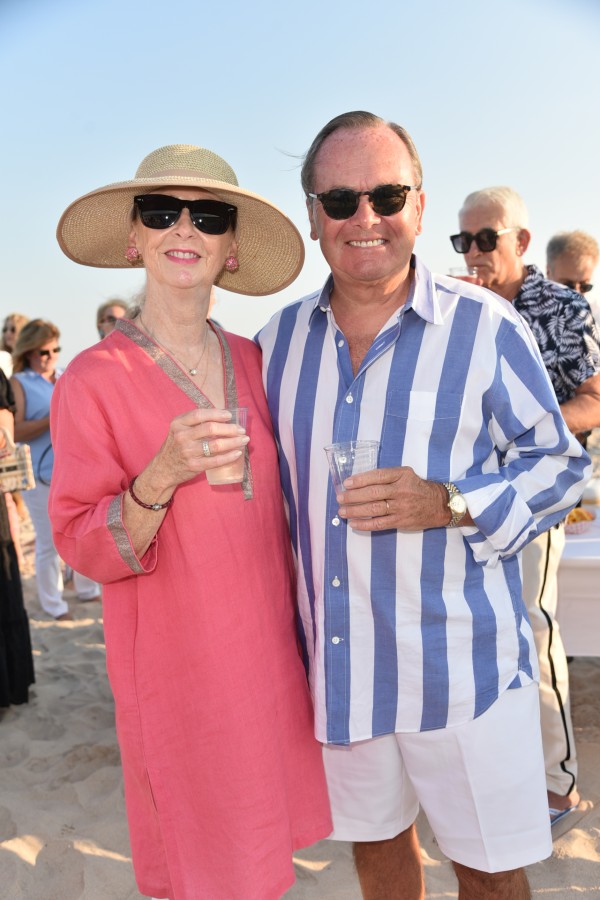 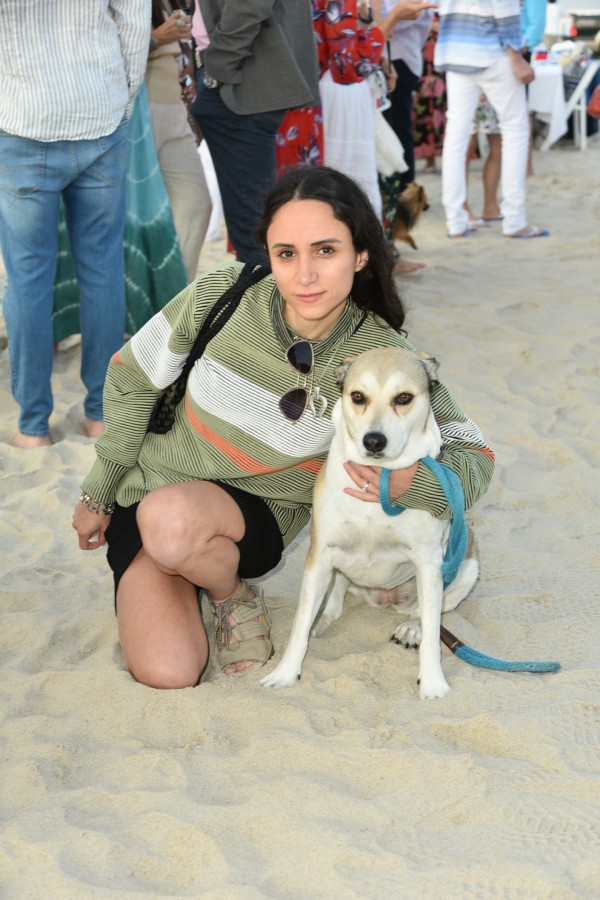 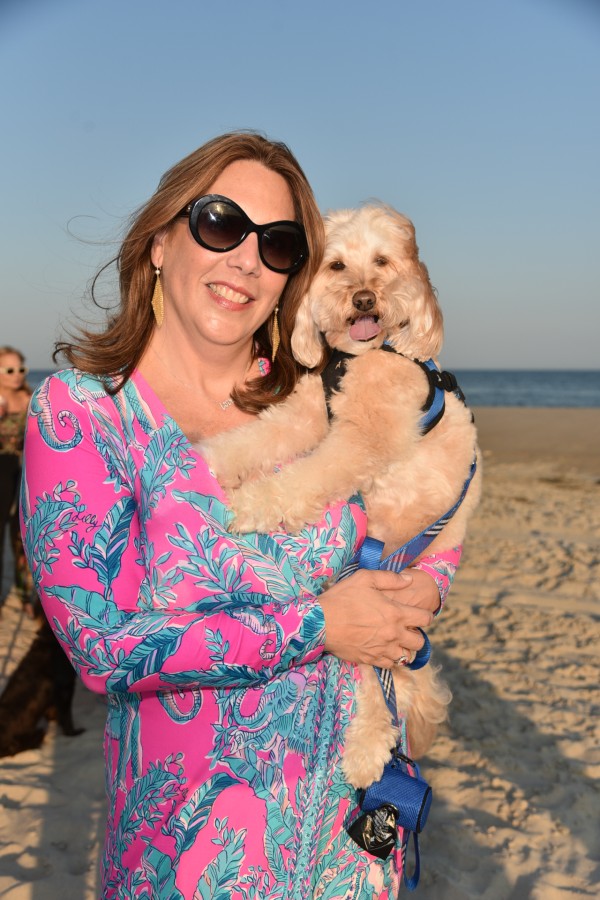 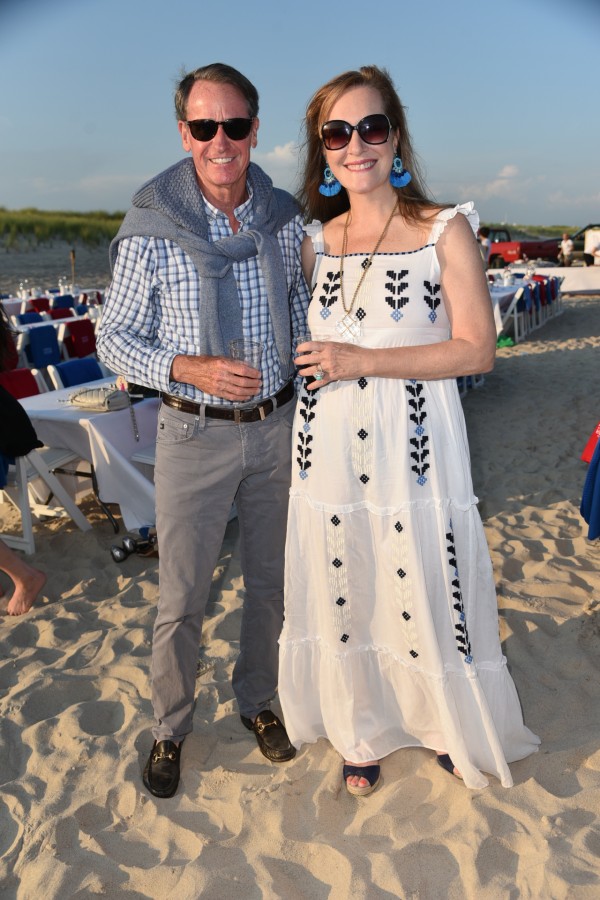 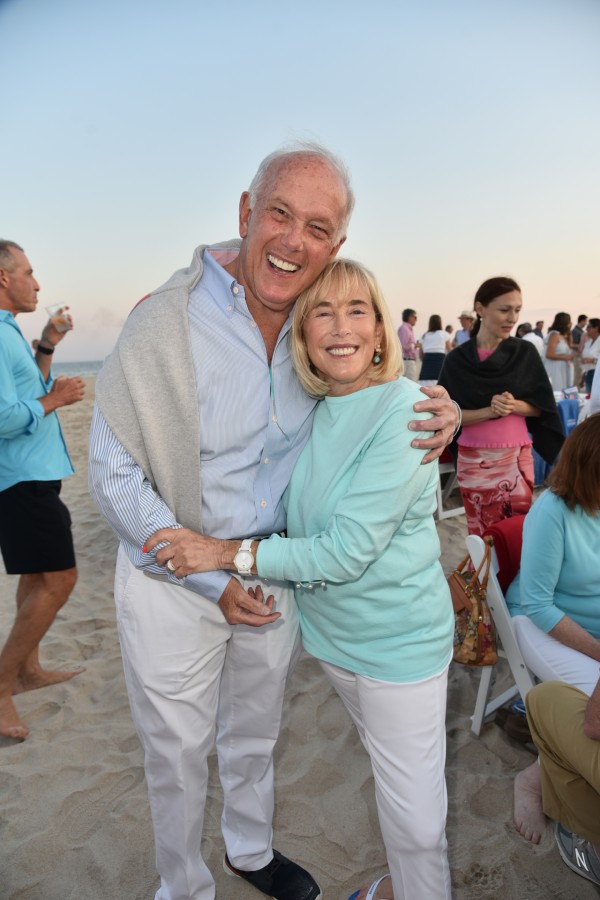 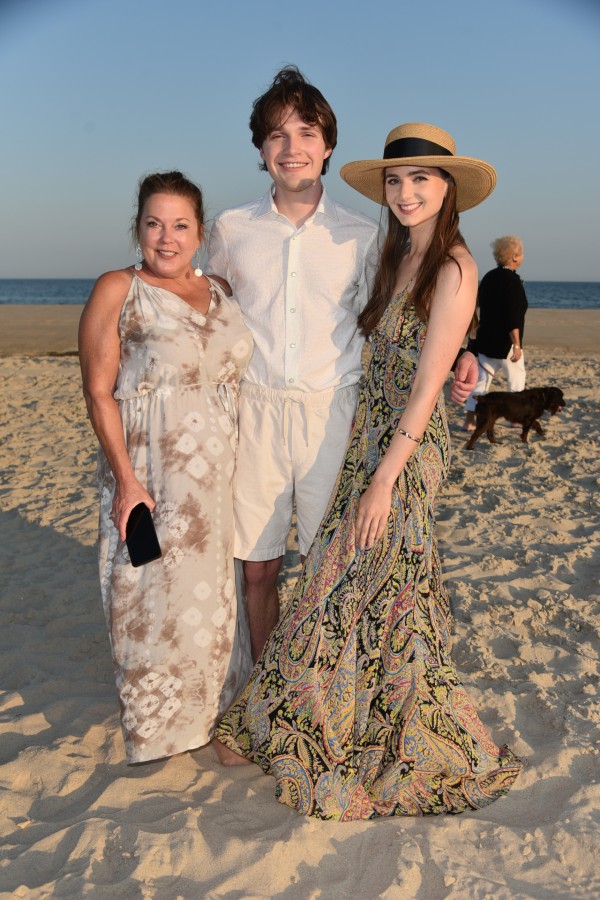 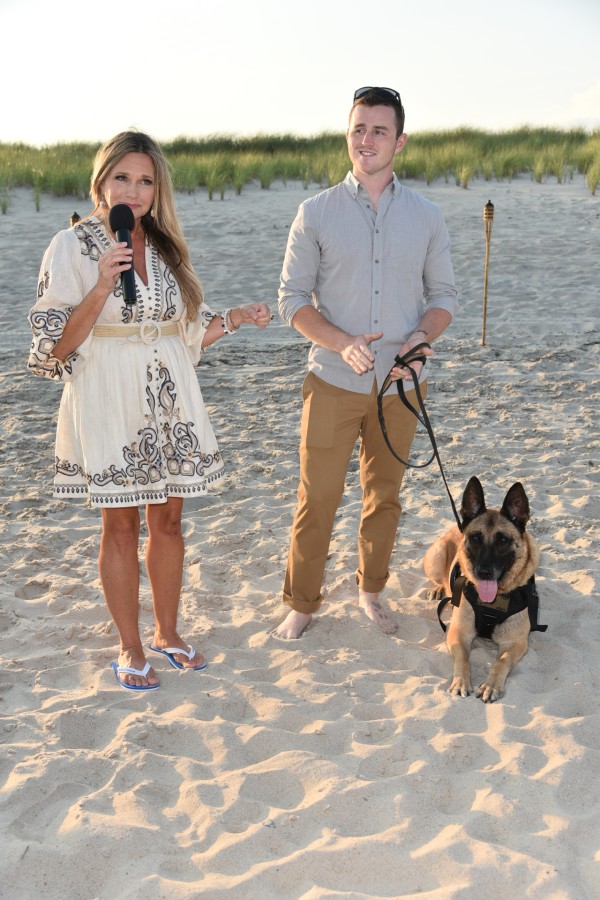 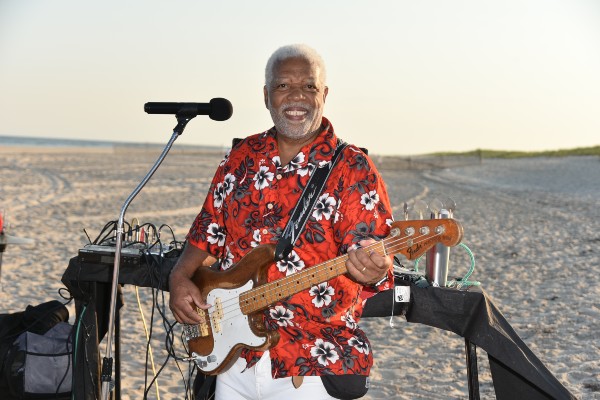 Importantly, the fund will also allow American Humane to provide free specialty and preventative medical care to make retired MWDs as healthy and comfortable as possible during retirement.

American Humane is the country’s first national humane organization. Founded in 1877, American Humane is committed to ensuring the safety, welfare, and well-being of animals, and our leadership programs are first to serve in promoting and nurturing the bonds between animals and people.

For more information or to support our work, please visit www.americanhumane.org 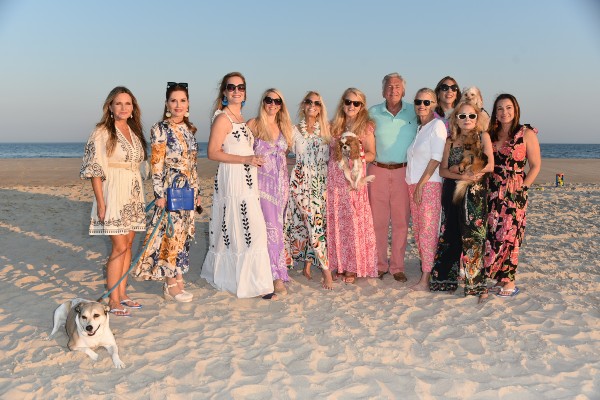 Jean Shafiroff is a philanthropist, humanitarian, TV host, writer, and the author of the book “Successful Philanthropy: How to Make a Life By What You Give”. Jean is often referred to as “the first lady of philanthropy” by the press because of her generosity and extensive work as a volunteer fundraiser and leader in the philanthropic world.

Jean is the ambassador of the Southampton Animal Shelter Foundation and a key donor and volunteer fundraiser for their work. She is a New York Women’s Foundation Board Alumna who remains very active with the Foundation and with women’s issues in general.