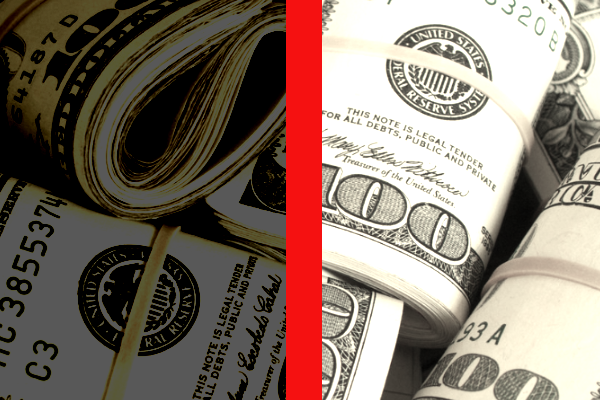 Organizations led by people of color from Harlem to Harare win less grant money and are trusted less to make decisions about how to spend those funds than groups with white leaders.

This is according to a new report by the consultancy Bridgespan and Echoing Green, an organization that invests in and provides support for leaders of emerging social enterprises.

The differences described in the report are sometimes stark. The authors analyzed three years of informational tax returns of 164 U.S. groups that were winners, finalists, or semifinalists in Echoing Green’s highly competitive fellowship program. They examined three years of funding data for each group that applied from 2012 to 2015 to determine funding levels and other available information. The authors found that white-led groups had budgets that were 24 percent larger than those led by people of color. It also found that groups led by black women received less money than those led by black men or white women.

For nonprofits that focus on some similar issues, the gaps were even larger. Among groups focused on improving life outcomes of black men, revenue at organizations with black leaders was 45 percent lower than at groups led by whites.

“In some ways, this is not surprising. Leaders of color in the sector have been talking about this for decades,” says Peter Kim, Bridgespan’s chief learning and innovation officer, who co-authored the report. “But the gap was even more alarming than I anticipated.”

Cheryl Dorsey, president of Echoing Green and a co-author of the report, was particularly struck by that finding. She was aware of the funding gaps among the applicants to her program based on race and the financial struggles leaders face after leaving her program ­— about 75 percent of the program’s fellows identify as members of the communities they serve. But she hadn’t understood the extent to which the groups were treated differently when it came to general operating support. She says it’s a clear indication that foundations don’t trust leaders of color to spend money wisely.

“That was the mind-blowing, game-changing moment for me in this research,” she says. “Unrestricted assets are the cushion, the breathing room that give organizations the ability to pivot, to be entrepreneurial, to be more sustainable. All of that wiggle room and cushion that white-led organizations have that black-led organizations automatically don’t, that was such a profound, gobsmacking moment.”

African American leaders are well aware of these funding disparities, says Susan Taylor Batten, CEO of the Association of Black Foundation Executives. “Our organizations are underfunded and for that reason have smaller staffs, smaller budgets, and little to no operating reserves,” she says. “We call it .”

The group published its own study of organizations led by African Americans in December, which found that 60 percent of the 66 groups it surveyed had budgets of $500,000 or less.

The group published its own study of organizations led by African Americans in December, which found that 60 percent of the 66 groups it surveyed had budgets of $500,000 or less. And just 23 percent had reserves of 3 months or more. That is particularly concerning in the midst of a pandemic and financial crisis when groups face increased demands for services and a loss of funding. With low reserves and restrictions on much of their money, many groups may not survive the pandemic, she says.

Even the process that leaders of color face when they do receive grants can be needlessly arduous, she says. As the association did the research for its report, leaders told of very rigorous reporting requirements and surprise visits that don’t apply to all grantees.

“At the end of the day, it comes down to both institutional racism and personal bias,” Batten says. “These are things that are extremely difficult for this sector to take on.”

Leaders of color also reported many barriers to foundation funding in the Bridgespan report. They lacked the social networks that often connect leaders with foundation staff, had trouble building rapport with foundation staff because of interpersonal biases, and had trouble sustaining funding relationships once they were formed. In the 2019 applicant pool for the Echoing Green fellowship, the 492 organizations led by black applicants raised $40 million overall, compared with $61 million raised by the 396 organizations led by white applicants.

Groups led by Latinos face similar barriers, says Ana Marie Argilagos, president of Hispanics in Philanthropy. Foundations perceive groups led by Latinos as risker than those led by white people and therefore are reluctant to fund them. Little has changed over time. Even as the population of Latinos in the United States has risen over the past decade to 18 percent, the share of philanthropic dollars going to Latino issues has remained at about 1 percent, according to a study by Candid.

Foundations tell groups run by Latinos that they lack the experience to win grants. But, Argilagos asks, how do they get the track record if no one will fund them? It’s a circular argument that leaves Latino-led groups poorly financed and their communities short on resources. “Nobody gives you a break, and you don’t know these networks,” she says. “How do you get in and show that you are not riskier?”

The Building Movement Project documented differences in the revenues of groups led by people of color and those led by whites and other trends that highlight discrimination in a 2019 report on what it calls the racial leadership gap. Sean Thomas-Breitfeld, the group’s co-director, doesn’t want nonprofit board members to take the wrong message from this data. He is concerned that boards may be less willing to hire leaders of color out of fear that it may impact fundraising. Instead, he says, foundations need to step up and fund groups more equitably.

“We have to think about who holds the power in the spending,” he says, “and make those with the most powerful take on the most responsibility and accountability.”

According to a 2014 study, 92 percent of foundation presidents are white as are nearly 70 percent of program officers.

Many foundations have discussed equity and participated in diversity training for years. But progress has been slow, and foundation staffs remain largely white. According to a 2014 study, 92 percent of foundation presidents are white as are nearly 70 percent of program officers.

The Bridgespan report notes that some foundations have made strides in addressing these inequities. It highlights efforts by the Ford Foundation, the San Francisco Foundation, Borealis Philanthropy, and others. It also recommends that foundations broaden the pipelines through which they discover groups to fund and look for diversity. It also suggests that they work on “dismantling unconscious bias” and rethink ingrained practices like only funding groups of a certain size, which can lead to discrimination against smaller groups led by people of color.

Because personal relationships are so central to securing foundation grants, diversifying foundation staff can be an effective way to reduce the racial funding gap…

Because personal relationships are so central to securing foundation grants, diversifying foundation staff can be an effective way to reduce the racial funding gap, Thomas-Breitfeld says. “A more diverse staff will bring relationships with the leaders of color who are doing the work on the ground,” he says. “They are more likely to be attuned to building relationships with leaders who haven’t been able to get their get their foot in the door of the foundations previously.” It won’t solve everything, he cautions, foundations still have processes and procedures that can lead to discrimination in grantmaking, but diversifying staff and leadership is an important step.