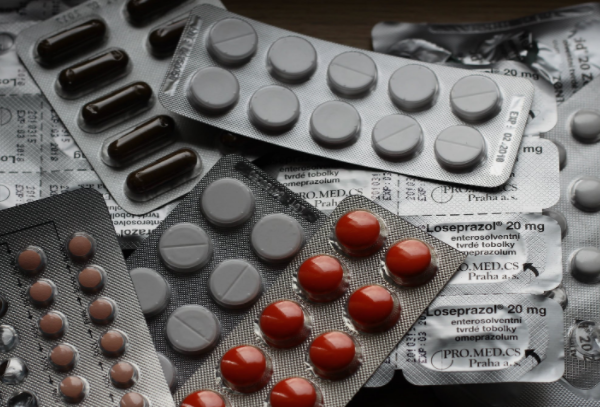 The Federal Trade Commission (FTC), and six other states, finding that convicted criminal Martin Shkreli engaged in illegal and monopolistic behavior when he served as the CEO of Vyera Pharmaceuticals (previously known as Turing Pharmaceuticals).

The court found that Shkreli violated both federal and state laws by engaging in anticompetitive conduct to protect monopoly profits on the life-saving drug Daraprim (pyrimethamine) — banning him for life from the pharmaceutical industry and ordering him to pay nearly $65 million.

In January 2020, Attorney General James and the FTC filed a lawsuit against Vyera, Shkreli, and his business partner — Kevin Mulleady — for anticompetitive behavior that stifled competition and allowed the defendants to exorbitantly raise the price of Daraprim more than 4,000 percent overnight, to $750 per pill.

Daraprim is used to treat the parasitic disease toxoplasmosis, and, until relatively recently, was the only approved source of this life-saving medication by the U.S. Food and Drug Administration (FDA).

“‘Envy, greed, lust, and hate,’ don’t just ‘separate,’ but they obviously motivated Mr. Shkreli and his partner to illegally jack up the price of a life-saving drug as Americans’ lives hung in the balance,” said Attorney General James. “But Americans can rest easy because Martin Shkreli is a pharma bro no more. A federal court has not only found that his conduct was illegal, but also banned this convicted criminal from the pharmaceutical industry for life and required him to pay nearly $65 million. This is on top of the $40 million we’ve already secured from Vyera. The rich and powerful don’t get to play by their own set of rules, so I it seems that cash doesn’t rule everything around Mr. Shkreli. New Yorkers can trust that my office will do everything possible to hold the powerful accountable, in addition to fighting to protect their health and their wallets.”

Daraprim was, until recently, the only FDA-approved drug for the treatment of toxoplasmosis, a parasitic disease which may pose serious and often life-threating consequences for those with compromised immune systems, including babies born to women infected with the disease and individuals with the Human Immunodeficiency Virus (HIV).

Daraprim has been the gold standard for treatment of acute toxoplasmosis for decades — recommended by the Centers for Disease Control and Prevention, the National Institutes of Health, the HIV Medicine Association, and the Infectious Diseases Society of America as the initial therapy of choice for acute toxoplasmosis.

Nevertheless, and despite being unpatented, a generic version of Daraprim was not sold in the United States until March 2020 — after New York and its co-plaintiffs filed their lawsuit against Shkreli and his co-conspirators.

Daraprim was cheap and accessible for decades. Then, in August 2015, Vyera purchased the drug, and increased the price dramatically overnight to a level that one former executive testified was “excessive”, “crazy” and “irresponsible.”

Next, Vyera — under Shkreli’s control —altered its distribution and engaged in other conduct to delay and impede generic competition.

The high price and distribution changes limited access to the drug, forcing many patients and physicians to make difficult and risky decisions for the treatment of life-threatening diseases.

The illegal scheme perpetrated by Vyera, Shkreli, and Mulleady involved restrictive distribution and supply agreements, as well as data secrecy, with the intent and effect of delaying entry by lower cost generic competitors.

A seven-day trial took place in a Manhattan federal courthouse last month, where live testimony concerning the purpose and effects of Vyera and Shkreli’s anticompetitive scheme was provided by current and former Vyera employees, generic drug manufacturers, and experts.

The court, today, issued a decision and order largely agreeing with the states and FTC, and provided relief sought — finding Shkreli liable on each of the claims presented in this action.

Shkreli has been banned for life from participating in the pharmaceutical industry in any capacity, and is ordered to pay the plaintiff states $64.6 million in disgorgement.

In the months leading up to the trial, the court also issued several important rulings in favor of the plaintiffs, including a ruling addressing the Office of the Attorney General’s (OAG) ability to obtain equitable monetary relief when individuals or companies repeatedly or persistently commit illegal acts in the state.

That ruling confirmed the OAG’s authority to seek disgorgement of ill-gotten gains — regardless of where obtained, when the conduct has a nexus to New York — in antitrust and other kinds of cases.

Last month, Vyera and Mulleady entered into an agreement that, among other things, required the company to pay up to $40 million to offset ill-gotten gains and banned Mulleady from the pharmaceutical industry for seven years.

Today’s court decision that Vyera and Shkreli’s conduct was anticompetitive and illegal, and its order banning Shkreli from the pharmaceutical industry and requiring a monetary payment reinforces and corroborates the agreement entered into in December with Vyera and Mulleady.

In particular, the court’s conclusion that Vyera’s conduct to delay and thwart generic competition was illegal puts pharmaceutical companies on notice that such anti-competitive efforts violate the law.

Similarly, the court’s decision to hold Shkreli liable in this anti-competitive scheme puts corporate executives on notice that the OAG is prepared to vigorously seek personal accountability for anticompetitive conduct that harms or impedes people’s access to affordable medicines.