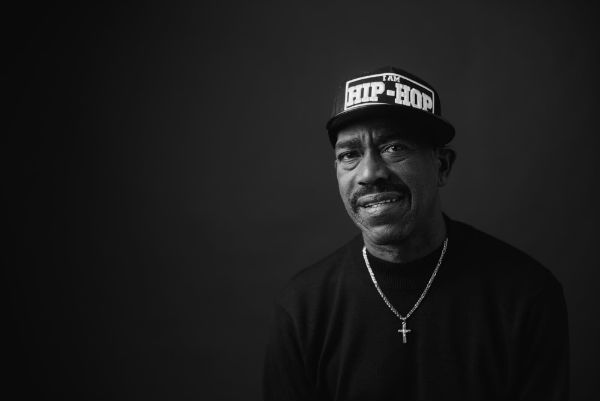 The Hip Hop Nutcracker, a national touring production of a contemporary dance spectacle set to Tchaikovsky’s timeless music, is set to premiere on the ALL ARTS broadcast and streaming channels starting on Friday, September 27 at 8:00 p.m. ALL ARTS Presents The Hip Hop Nutcracker at NJPAC airs on the ALL ARTS New York-area broadcast channel (check local listings) and nationwide through the free ALL ARTS streaming app and on allarts.org. The full program will also be airing throughout the fall and winter on local PBS broadcast stations throughout the country.

Directed and choreographed by Jennifer Weber, The Hip Hop Nutcracker  is a contemporary dance spectacle set to Tchaikovsky’s timeless music. A unique and joyful event, this evening-length production is performed by a supercharged cast of a dozen all-star dancers, a DJ, a violinist, and MC Kurtis Blow, one of hip hop’s founding fathers, who opens the show with a short set.

“We’re thrilled to be back once again, bringing our show to new audiences as well as to those who have made The Hip Hop Nutcracker a holiday tradition,” said NJPAC Producer David Rodriguez. “This year, not only will audiences experience the magic of The Hip Hop Nutcracker live, but they’ll be able to re-live the magic in their own homes as well, through our partnership with PBS.”

“We’re are excited for audiences across the country and PBS viewers to experience The Hip Hop Nutcracker – which has become an annual holiday tradition,” says Executive Producer and recent Tony Award winner for Broadway’s Oklahoma!

Eva Price.  “PBS is a perfect partner for our show and we are honored to play a part in helping to raise awareness and donations during their pledge drive.”

Just like the original, in The Hip Hop Nutcracker, Maria-Clara and the Nutcracker Prince go on a dream adventure battling a gang of mice, visiting the land of sweets and learning the lessons of the holiday season. Innovative digital graffiti and visuals transform the landscape of E.T.A. Hoffmann’s beloved story from traditional 19th Century Germany to the vibrant, diverse sights and sounds of contemporary New York City.    Through this re-mixed and re-imagined version of the classic, the dynamic performers of The Hip Hop Nutcracker take us on a journey that celebrates love, community and the magic of the holiday season.

JENNIFER WEBER (Director/Choreographer) is a Lucille Lortel and Bessie-Award nominated choreographer. She is the choreographer of & Juliet, a new musical featuring the songs of pop icon Max Martin opening at The Shaftesbury Theatre in London’s West End this Fall. In 2020 she will make her film debut as the choreographer for Disney’s Z.O.M.B.I.E.S. 2.  Her concert dance work has been performed at Jacob’s Pillow, The Apollo, The Kennedy Center, Lincoln Center, London’s Southbank Center, and The Stanislavsky Music Theatre, Moscow. Weber was commissioned by New York City Center to create a new work for NYCB principal dancer Tiler Peck and hip hop legend Lil Buck for the 2018 Fall For Dance Festival.  Theatre choreography credits include KPOP (Ars Nova/Lortel Nom), Teenage Dick

EVA PRICE (Executive Producer) is a Three-time Tony Award-winning producer whose credits include over 18 Broadway plays, musicals, and concerts. She is a member of The Broadway League’s Board of Governors and recently joined the producing team at Level Forward, a new entertainment enterprise started by Killer Content and Abigail Disney to create story-driven/impact-minded properties across live, digital and filmed platforms; focusing on work, by and for, marginalized communities. Current and notable productions include: Oklahoma!

Mike Fitelson (Writer/Co-Creator) is the executive producer at the United Palace, the 89-year-old Wonder Theatre in Washington Heights, Manhattan’s 4th largest theatre. Previously as the executive director of the United Palace of Cultural Arts (UPCA) he co-created “The Hip Hop Nutcracker” with Jennifer Weber, adapting the story and supplying the images for the scenery, and produced its premiere. Fitelson has worked to build the Northern Manhattan arts community for 17 years. He co-founded the annual arts festival, the Uptown Arts Stroll, in 2003; served in every capacity of the Manhattan Times, the bilingual community newspaper of Washington Heights and Inwood, from 2002-2011; and helped found the nonprofit Northern Manhattan Arts Alliance in 2006.

A hip-hop legend, Kurtis Blow was 20 in 1979, when he became the first rapper to be signed by a major label. Mercury released “Christmas Rappin

’,” and it sold more than 400,000 copies, becoming an annual classic. Its gold follow-up, The Breaks, helped ignite an international “Rap Attack.” He released 10 albums in over 11 years: his full-length debut, Kurtis Blow; his second, Deuce, a Top 50 Pop album and a big hit across Europe; Party Time featuring a pioneering fusion of rap and gogo; and Ego Trip, including the hits “8 Million Stories,” “AJ” and “Basketball.” In 1985 he released America, featuring “If I Ruled the World,” a Top 5 hit on Billboard’s R&B chart; Columbia/Sony recording artist Nas debuted at No. 1 on Billboard’s Pop Album chart with a cover of the song in 1997. For more information, visit KurtisBlow.com.

New Jersey Performing Arts Center (NJPAC), located in downtown Newark, N.J., is America’s most diverse performing arts center, and the artistic, cultural, educational and civic center of New Jersey – where great performances and events enhance and transform lives every day. NJPAC brings diverse communities together, providing access to all and showcasing the state’s and the world’s best artists while acting as a leading catalyst in the revitalization of its home city. Through its extensive Arts Education programs, NJPAC is shaping the next generation of artists and arts enthusiasts. NJPAC has attracted nearly 10 million visitors (including over 1.7 million children) since opening its doors in 1997, and nurtures meaningful and lasting relationships with each of its constituents.

ALL ARTS is an unprecedented new broadcast channel, streaming platform and website dedicated to arts and culture 24/7. ALL ARTS is a single place for everything that makes your heart beat, your mind expand and your spirit explore. From the stories behind the art, to smart conversations with foremost experts and in-depth investigations that open doors to the world of art in all its forms, ALL ARTS is for artists and art lovers of all ages. Programming is available for free on the website, streaming apps on iOS and Android smartphones and tablets, Roku, Apple TV and Amazon Fire TV and on television channels in the greater New York area. ALL ARTS is produced and distributed by WLIW, a member of the WNET family of public media organizations.

For more information about where to purchase tickets, please visit http://hiphopnutcracker.com/#tours