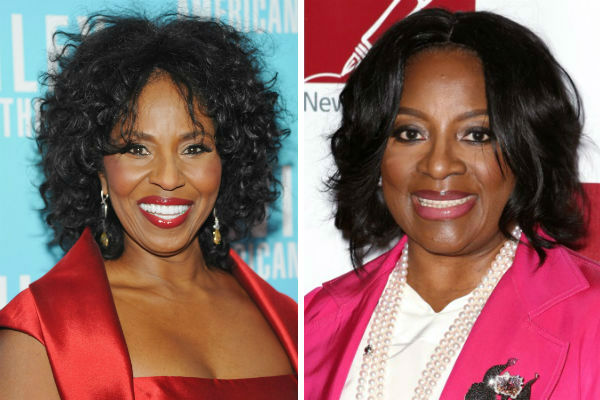 For Pauletta Washington and LaTanya Richardson Jackson, New Federal Theatre (NFT) is a family affair that dates back to the 1970s and 1980s.

Washington and her husband Denzel Washington (NFT “When the Chickens Came Home to Roost”) and Jackson and husband Samuel L. Jackson (NFT “Do Lord Remember Me”) all honed their drama crafts at New Federal Theatre and continue to remain involved.

The Octoberfest virtual play readings of “Stories About the Old Days” runs from Friday, October 30 at 7 pm through Sunday, November 1 until 11:59 pm. The readings take place at https://www.newfederaltheatre.com. It’s FREE. Donations are welcomed.

“Pauletta and LaTanya were early artists at the New Federal Theatre and they are coming back to close out the retrospective series,” said Woodie King, Jr., founder, and director of NFT. “Denzel Washington and Samuel L. Jackson were also part of the beginning of New Federal Theatre. In those days there was no place else for them. Once they were seen, they became famous.”

“Stories About the Old Days,” written by Bill Harris, is about a former blues singer (Potts) living in a decaying church in Detroit, who never ventures out into the world that rejected him. While playing checkers he and Ivy (Washington), one the last members of the congregation, move from animosity to friendship. Both have secrets from the old days: he conceals his struggle of faith and despair and she withholds a searing loss as they rescue each other from emotional numbness and terminal loneliness.

When LaTanya Richardson Jackson directed the play for NFT in 1986, her female star playing Ivy was legendary singer-actress. Abbey Lincoln. Jackson, a Tony-nominated actress for “A Raisin in the Sun,” has a career that spans Broadway (“To Kill A Mockingbird,” and “Joe Turner’s Come and Gone”), television (“Blue Bloods and “100 Centre Street”) and film (“Raising Isaiah”). Richardson first worked with Woodie King since the 1977 the touring production of Ntozake Shange’s “For Colored Girls Who Have Considered Suicide When the Rainbow Is Enuf.” She’s starred in New Federal Theatre’s productions of “The Trial of Dr. Beck,” “Nonsectarian Conversations with the Dead” and in “Boogie Woogie and Booker T” where she portrayed Ida B. Wells.

Both Jackson and Washington were in the Civil Rights television drama “The Watsons Go to Birmingham. Washington, a singer-actress, has Broadway credits like “Jesus Christ Superstar,” “Sophisticated Ladies,” and “Jerry’s Girls” and on television, she was recently a regular in “She’s Gotta Have It”.” In 2014, she was part of Woodie King’s production of Ossie Davis’ “The People of Clarendon County.”

“It’s important to support Black theatre. It reaffirms our identity. It tells us who we are. If it’s done very well you can walk in and see a play and see remembrances of your mother, father, grandfather, grandmother, brother and your sister,” said Woodie King. “We don’t try to hide our love of Black people. So, it will always be a deep love and understanding in these plays.”

Octoberfest is dedicated to the late Chadwick Boseman, whose acting career was launched at NFT. Boseman had been mentored by NFT founder Woodie King since he was a Howard University student. A lifelong supporter of NFT, Boseman served on the theatre’s Board of Directors.

The plays presented during the Octoberfest play revival were: 1983 play “Do Lord Remember Me,” 1994 play “Dr. DuBois and Miss Ovington,” 1976 play “Medal of Honor Rag” and the 1987 play “From the Mississippi Delta.”

The FREE readings are accessible from NFT’s website. Please check out https://www.newfederaltheatre.com. Donations are welcomed.