Passing The Torch, Programming For The Tokyo Summer Games From Harlem To Harare 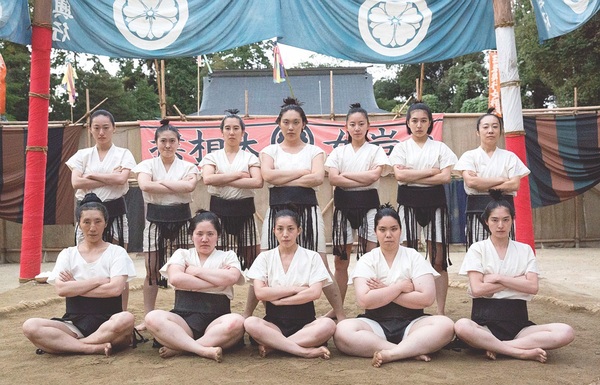 From July 23 to August 8, 2021, the spotlight will shine on Tokyo, host to the world’s Summer Games.

In celebration of this monumental event, Japan Society proudly presents a series of programs reflecting on sports in Japan, following the Games’ postponement due to the global pandemic.

Set to kick-off as the Olympic flame makes its way across Japan, the Society’s institution-wide series entitled Passing the Torch will explore sports through a broad range of programs from lectures to film screenings—plus a slate of fun, interactive family and educational programs.

“The importance of the Tokyo 2020 Summer Olympics shouldn’t be underestimated,” says Japan Society’s President and CEO Joshua Walker, Ph.D., “It’s about more than just Japan—the Games symbolize global unity, optimism and hope. Through Japan Society’s programming, we look forward to celebrating the resiliency and strength of the human spirit that this monumental event represents.”

Japan Society’s programming leading up to and throughout the Games highlights Olympians past and present, while playing on the 2020 Olympic theme of Discover Tomorrow. Passing the Torch will run from April 7 to August 8, 2021. The full list of programming will be announced at the end of May 2021.

Passing the Torch commences on Wednesday, April 7 at 6:30 pm EDT with The Fight for Women’s Judo: Rusty Kanokogi’s Story, a free online lecture on the legacy of Rena “Rusty” Kanokogi (née Glickman). From winning a medal while disguised as a man, to sponsoring the first Women’s World Judo Championship, Rusty Kanokogi spent her life fighting for equality in judo.

Japan will be fully embracing sustainability for the upcoming Summer Games, contributing to the achievement of the UN Sustainable Development Goals (SDGs). However, these goals cannot be fully realized without meaningful engagement by global companies, even during the COVID-19 pandemic.

Global Japanese corporations, in particular, are stepping up to help fight pressing environmental and social issues, with some moving towards zero carbon buildings and others teaming up with nonprofits to protect the oceans and marine life.

In the webinar Sustainability at the Forefront: Global Japanese Companies’ Initiatives on Wednesday, May 19 at 7 pm EDT, international experts from the Toyota Motor Corporation, Panasonic Foundation, and the Daikin U.S. Corporation, discuss current SDG trends, SDG initiatives by global Japanese companies, and their vision for a more sustainable and resilient world.

Japan Society will host a series of online film screenings to bring out the viewer’s inner sports enthusiast and provide indispensable historical context.

Tokyo Paralympics: Festival of Love and Glory is a frank and intimate documentary—recently rediscovered and restored after being forgotten in storage for decades—that offers a fascinating glimpse of the 2nd official Paralympics in 1964, by following the journey of several pioneering Japanese athletes whose participation (along with that of over 300 other athletes from 20 countries) helped raise disability awareness and change prevailing stigmas in their home country.

Following the 1923 Great Kanto Earthquake, Takahisa Zeze’s exhilarating and sprawling epic The Chrysanthemum and the Guillotine paints a compelling portrait of the sociopolitical turmoil of the late-Taisho Period (1912-1926), while highlighting the little-known story of Japanese women’s sumo—a sport that continues to relegate women’s participation to non-professional circuits.

On Sunday, May 2, Japan Society will host Children’s Day from Home: Health, Happiness and Sports! – an online festival featuring workshops and crafts for kids ages 3-10.

Traditionally, Children’s Day is a national holiday in Japan where families celebrate the health and happiness of children.

In honor of the Summer Games, this year’s celebrations will feature online workshops in several of Japan’s traditional martial arts, including aikido, karate, and tate sword fighting with facilitators from local dojos and organizations in the New York City area.

The monthly online workshop Survival Japanese is an introduction to quick and simple Japanese phrases to help you get by when dining, shopping, and meeting new people.

Starting on April 16 at 12 pm EDT, participants will learn how to greet people, introduce themselves, order food, and ask for prices, among other expressions.

Whether trying to pick up new phrases while watching the Games or planning for your next big trip, this survival course will provide you with all the basics!

All roads will lead to our online extravaganza this summer. The full list of programming will be announced at the end of May 2021. For more information about the series as it progresses, visit Japan Society’s webpage.

Founded in 1907, Japan Society in New York City presents sophisticated, topical and accessible experiences of Japanese art and culture, and facilitates the exchange of ideas, knowledge and innovation between the U.S. and Japan.

Japan Society is located at 333 East 47th Street between First and Second avenues (accessible by the 4/5/6 and 7 subway at Grand Central or the E and M subway at Lexington Avenue). Japan Society’s webpage.