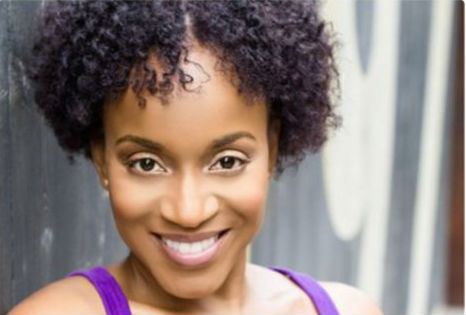 Nadhege Ptah is a New York-based actress, writer, and director who has been screening her wonderful short film ‘Paris Blues In Harlem’.

The film is about love, trust, heritage and gentrification surrounding a young woman, Paris, who is desperate in her quest to pressure her grandfather into selling his insolvent night club.

Paris has just a few hours to convince her rigid elder to accept a real estate agent’s briefcase with mounds of cash in exchange for his nightclub. But, as time runs out, he struggles to let go. With only a few seconds left, Paris is faced with a choice between legacy and money.

What unfolds next between the grandfather and his beloved grand-daughter, both stern in their beliefs about whether to sell this landmark establishment or keep it in the face of foreclosure, is very authentically written and portrayed by Charles Weldon and story creator/director, Nadhege Ptah.

Will the patriarch of this establishment sell or will he stand his ground, and how this dilemma affects their relationship and those who are loyal patrons of Paris Blues Nightclub, is what will endear you to this gem of a story. 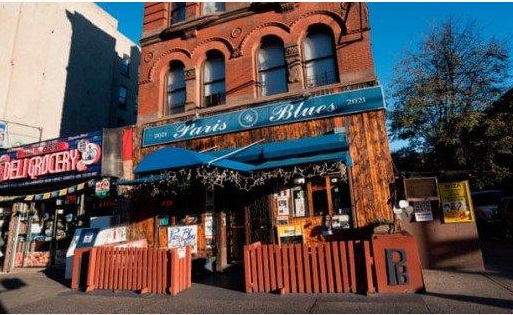 Paris Blues nightclub was established in 1969 by 81-year-old Samuel Hargress, Jr. and is located at 2021 Adam Clayton Powell Junior Blvd, between 121st Street and 7th Avenue, in New York.

It is Harlem’s oldest and only remaining live Jazz/Blues “dives” and is listed as one of USA Today’s “10 Best Jazz & Blues Clubs” in New York.

I recently caught up with Nadhege Ptah about this short film that is a great story for the holidays set against the backdrop of cultural disadvantages that lead to misunderstandings and misgivings. 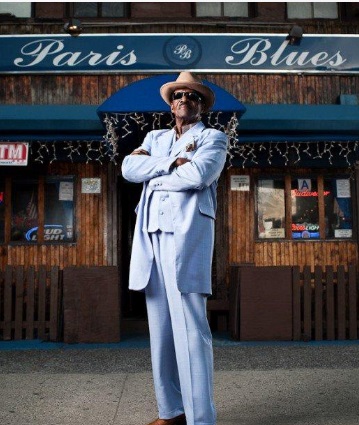 Here’s the interview with Robert Walker and actress, writer, and director, Nadhege Ptah:

Robert Walker: ‘Paris Blues In Harlem’ is the short film that tells the story of Sam “Pop Pop” Johnson a.k.a., Alabama Sam, who owns a Blues & Jazz Lounge in Harlem, New York, with it’s inception going back to 1969 and now, in 2018, a much older Alabama Sam is facing foreclosure on his establishment. His grand-daughter, Paris, has decided to work with a buyer who wants the property by getting him to sign and take a cash settlement, but he refuses because Paris Blues is a neighborhood landmark. What attracted you to this story as a filmmaker, and how did you first come to know of it?

Nadhege Ptah: When I was fundraising for my first short film DoDo TiTi I went to the various local businesses in my community in Harlem. Paris Blues was one of them since I performed a monologue there a few years ago for a fundraising event. He supported and I would stop by to give him the updates. A friendship was developing and I began to learn the rich history that existed with Paris Blues and the owner Samuel Hargress. It sparked my interest to extend the legacy through film so it is known globally. We know of Lenox Lounge, but Paris Blues is an unsung Jazz/Blues club known by tourists, supported political fundraising campaigns, serves free food daily, a safe haven spot, holds community events like free donated coats drive, books, toys for children, Thanksgiving dinner for the homeless, etc. It goes beyond music, entertainment and drinks.

RW: There is a line in the film referring to the very forward buyer, an African American woman, who is offering the cash settlement, as “Gentrifiers”?

NP: I know the last time I was in Harlem, I was surprised to see stores like H&M and other retail stores, right on 125th Street where Mom & Pop establishments were an integral part of the flavor of Harlem.

RW: How much of this story is about gentrification do you believe?

NP: The root of the story are economics and differences in values gentrification is just the cancer that wakes people up to a long standing issue that plagues disadvantaged communities.

RW: Paris Blues (Jazz) club actually opened in 1969? There was a popular film done in 1961 that starred Sydney Poitier and Paul Newman called ‘Paris Blues’. Did the film have any influence on the name for the club to your knowledge, and how much of this short film is what really went on or artistic license would you say?

NP: Samuel Hargress, Jr., the owner of Paris Blues, was stationed in France while in the military and he fell in love with the country as well as the film Paris Blues. The naming of the place was inspired by those experiences.

RW: I love the moment Paris decides to not allow her “Pop-Pop” to go on with this offer after he was pressured to sign. There was a line where reveals to her about the 2nd mortgage on the place. Tell us about that moment in the story?

NP: That moment was to reveal the unknown sacrifices the patriarch or matriarch experienced to sustain the family. It’s often not communicated to externally appear all is together. As a result, the inability or embarrassment to communicate the struggles and sacrifices plants the dysfunctional seeds which manifests from feelings of abandonment, unloved or unappreciated from the younger generation in the family. Omitting that revelation from the rock of the family creates misunderstanding and the illusion all is well.

RW: You have some notable personalities involved in this production, who were some of the personalities you enlisted to be involved with this, and what would you say their overall desire to participate was?

NP: Yes, I have Tonya Pinkins (Tony award winner, All My Children, Walking Dead, Scandal), Charles Weldon (Stir Crazy, Sanford and Son, Artist Director of the Negro Ensemble), Arthur French (Car Wash, Broadway legend) and Doctor Bob Lee (WBLS Radio Personality). They received the script and the story enticed them to participate in this ultra low budget production. I am eternally grateful for the notable personalities and the entire team involved.

RW: How long did it take you to shoot this short and did you have to spend your Tax Return monies, or how did you finance the film?

NP: LMAO! It took two days to shoot to stay within budget. A very tight schedule to squeeze everything in. I spent resources that were sponsored, borrowed and fundraised.

RW: Since you finished the film, you have put it out on the film festival circuit. I know that you screened it at the Roxbury Film Festival in Massachusetts. How has the film been received so far?

NP: Yes. We completed 8 festivals and will have an upcoming screening in December, which will be 9 festivals for 2018, and more in 2019. We have been nominated several times and won an award. It has been well received because it resonates with audiences because it’s a universal story about generational differences and the struggles to build and sustain generational wealth legacy. It’s universal.

RW: What would you like for people to get when they watch this film and what’s in store for it in 2019, more festivals, or you looking to get a production budget to do a full-length theatrical release?

NP: I want people to understand the challenges to build generational wealth because of differences in values among generations, but in particular how disadvantaged communities tend to struggle because of resources, access and a system that is designed to economically keep them disempowered. The next goal is a documentary and developing a TV series.

RW: Now, you wrote the script and directed this film? What has been the most rewarding aspect of this whole experience for you?

NP: The most rewarding is to experience the journey of seeing it come to fruition and the audience engagement.

Here a teaser for the film:

RW: Finally, where can our readers see and support this film, and where can they find you on social media?

NP: The film is currently on the table for distribution to the other option is film festivals, which are communicated through the Paris Blues In Harlem social media assets. The readers can find us through these social media handles and please follow us, share to assist in building the audience and following.

Robert Walker is an award-winning Atlanta-based writer. He has worked for the Centennial Olympic games, the NBA’s only licensed female designer of women’s sports apparel, Deborah Williams of Her Game 2, and is the recipient of the Silver Award at the World Fest Film Festival.