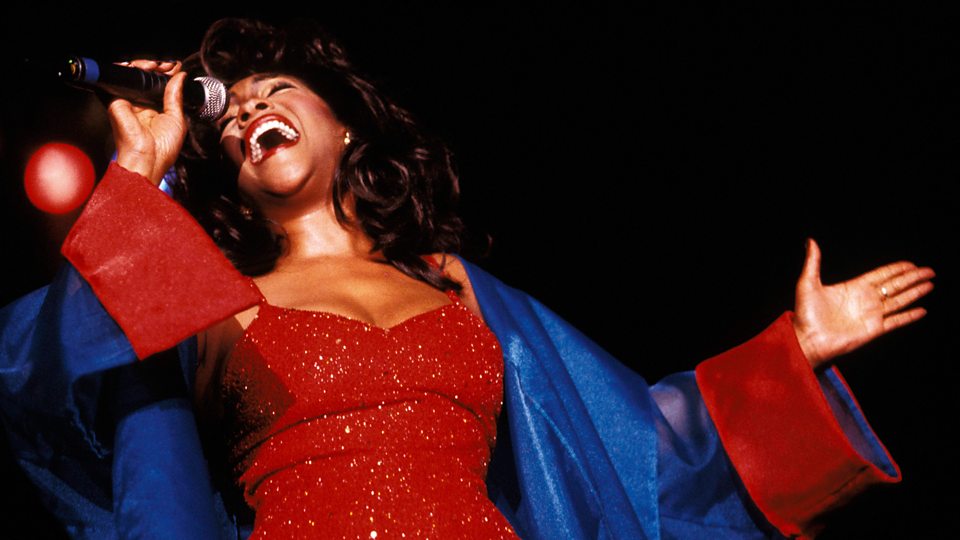 The Paley Center for Media will present Shaping Our Nation’s Story: African- American Achievements in Television Presented by Citi from February 1-28, 2019. Coinciding with the 60th anniversary of Motown and the 100th birthday anniversary celebration of Jackie Robinson, this monthlong celebration will take place at the Paley Center’s locations in New York City and Beverly Hills and will feature an interactive exhibit, family craft activities, education classes for high school students focusing on the civil rights movement, and screenings that take visitors on a nostalgic journey through the most significant African-American moments in television.

“It is a privilege for the Paley Center to shine a spotlight on the groundbreaking individuals who have made their mark both on television and African-American culture, as well as honor Motown’s milestone anniversary and the historic achievements of Jackie Robinson,” said Maureen J. Reidy, the Paley Center’s President & CEO. “We’re thrilled to once again have the generous support of Citi in helping us bring this important Black History Month Celebration to the Paley Center.”

Citi returns as Presenting Sponsor of the Paley Center’s Black History Month Celebration. “We are so excited at Citi to support the Paley Center’s exciting lineup of activities highlighting the legacy of Motown Records and Jackie Robinson,” said Will Howle, President of U.S. Retail Banking & Mortgage at Citi. “It’s an honor for us to once again celebrate African-American achievements in the media.”

Motown brought an innovative new sound to American music. This part of the exhibit will feature information and photos on the Motown legacy, detailing why the company founded by Berry Gordy had such a profound impact on our arts and culture. At an interactive media display, visitors can test their knowledge about Motown artists such as the Supremes, Smokey Robinson, Gladys Knight, the Temptations, the Four Tops, Stevie Wonder, and Marvin Gaye, giving a better understanding of their artistry and influence as seen on television.

To honor the achievements of Jackie Robinson, the Paley Center will feature an interactive media display that highlights television clips showcasing Robinson’s journey to integrate Major League Baseball in 1947. There will be screenings of the acclaimed documentaries ESPN SportsCentury: Jackie Robinson and Stealing Home: A Jackie Robinson Celebration, and children will have the opportunity to create their own Jackie Robinson baseball cards.

Adding to the celebration, the Paley Center has selected four distinct PaleyLive programs:

In Beverly Hills on February 25 at 7:00 pm, the Paley Center will present A Legendary Evening with Mary Wilson. The three-time Grammy Hall of Fame-winning entertainment legend is the longest-running member of The Supremes, one of the most successful, influential, and groundbreaking groups of all time. Ms. Wilson’s career has encompassed all facets of show business, achieving success as a singer, best-selling author, actress, and entrepreneur. Now, on the occasion of the 55th anniversary of the Supremes’s first number-one hit single, “Where Did Our Love Go,” and the 60th anniversary of Motown’s founding, the Paley Center is proud to welcome her for a conversation about her enduring career, and how the Supremes’s classic television appearances broke down social, racial, and gender barriers, and forever changed the face of pop music. This special evening will be highlighted by video clips from the Paley Archive.

“I’m honored to be a part of the Paley Center’s celebration of African-American achievements in television, and am looking forward to speaking about my television work on this the 60th anniversary year of the founding of The Supremes,” said Mary Wilson.

In New York, the Paley Center will host three PaleyLive programs starting with An Electrifying Black Lightning Conversation on Good vs. Evil on February 11 at 6:30 pm. The CW’s critically acclaimed Black Lightning understands that a superhero’s story is only as good as its villain—and with the cold, ruthless, calculating Tobias Whale in the mix, this smart, relevant series has achieved must-watch status. Join Cress Williams, who stars as the superhero Black Lightning, and Marvin Jones III, who portrays the complicated villain Tobias Whale, for a discussion of the show and their characters, heroism and villainy, good vs. evil—and the very thin line that can separate the two.

The second PaleyLive program will be An Evening with BET’s American Soul on February 19 at 7:30 pm. Premiering in February 2019, American Soul is the untold story of the struggle to make the dream of Soul Train come true. Inspired by the personal trials and professional successes of a young, ambitious, and troubled impresario Don Cornelius, the 1970s period drama is an unflinching look at the entrepreneur, his Soul Train dancers, and musicians set against the backdrop of a cutthroat Hollywood – how they work, play, rise, and fall. The series chronicles “the hippest trip in America” and what became of one of the most prominent and groundbreaking television shows for American culture.

The Paley Center will screen an episode from the series, followed by a discussion with series stars Sinqua Walls (Don Cornelius), Kelly Price (Brianne Clarke), and other members of the cast and creative team.

Miles Finer is intelligent, hopeful, and optimistic, but he doesn’t believe in God. This puts him at odds with his father, Reverend Arthur Finer, a beloved preacher at Harlem’s Trinity Church for 25 years who is stung by his son’s strong rejection of his faith.

Rounding out the PaleyLive NY programs will be An Evening with God Friended Me on February 26 at 7:00 pm. This humorous, uplifting drama from CBS, is about an outspoken atheist whose life is turned upside down when he receives a friend request on social media from God and unwittingly becomes an agent of change in the lives and destinies of others around him. Miles Finer is intelligent, hopeful, and optimistic, but he doesn’t believe in God. This puts him at odds with his father, Reverend Arthur Finer, a beloved preacher at Harlem’s Trinity Church for 25 years who is stung by his son’s strong rejection of his faith.

Visitors will also be able to enjoy screenings of significant moments and programs highlighting the achievements of African-Americans in television across multiple genres. These programs are selected from the renowned African-American collection within the Paley Center’s rich archives. Screenings include comedies featuring Tiffany Haddish and Kevin Hart; the work of Tyler Perry; Grammy weekend screenings of Motown 25 and the rarely seen, classic television special TCB, which brings together two top Motown acts: the Supremes and the Temptations; Soul Train; sports documentaries celebrating African-American athletes; and marathon screenings of OWN’s acclaimed drama Queen Sugar.

For kids young and old, there will be marathon screenings of Disney Junior’s animated series Doc McStuffins on February 2-3, followed by a special preview of a new, upcoming episode from the current season on February 23 and 24 at noon.

Other family screenings include Teen Titans, Steve Universe, The Proud Family, Happily Ever After: Jack and the Beanstalk, We All Have Tales: Ananzi, That’s So Raven, Fresh Prince, Black-ish, Sister, Sister, and Moesha.

Rounding out the celebration will be a special space devoted to a hands-on craft activity where children will have the opportunity to design their own Motown album covers, and families can pose for free commemorative digital photos.

Shaping Our Nation’s Story: African-American Achievements in Television Presented by Citi will run February 1-28 at the Paley Center’s locations in New York and Beverly Hills. For more information and to purchase tickets to PaleyLive events, please visit paley.me/blackhistory.