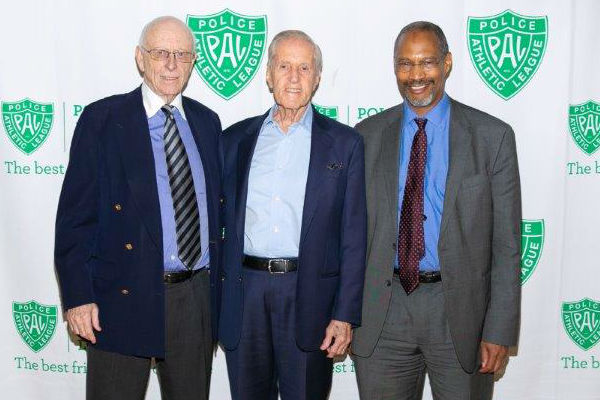 Many of the young people who participate in PAL programs pursue higher education opportunities. The Robert J. McGuire Scholarships are offered to PAL members entering their first year of college. The 13th annual awards ceremony highlighted the goals, achievements, and aspirations of recipients, applauding the efforts of Manhattan residents Elaina, Tremaine, and Graham from the PAL Harlem Center. A total of 11 students from PAL centers citywide were recognized. Introduced by their PAL mentors and role models, the students spoke eloquently about their personal experiences and the impact the awards will have on their futures. 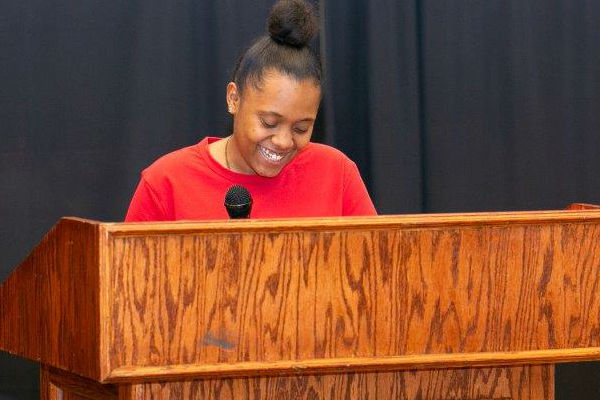 The Robert J. McGuire Scholarship is funded by Fred Wilpon, owner of the New York Mets and former PAL participant, whose longtime investment in the organization has enabled many students to continue to succeed in college. Mr. McGuire, Vice Chairman, PAL Board of Directors, has served PAL since 1978. “Robert McGuire’s longstanding commitment to his community is proven through his years of service as an Assistant District Attorney and as Police Commissioner for the City of New York. We are appreciative of the commitment and investment in youth exhibited by both Mr. Wilpon and Mr. McGuire,” said Frederick J. Watts, PAL Executive Director. “One thing will serve you better than grades and talent: grit. It is grit, determination, and tenacity amid difficulty that will set you apart and equip you to continue to succeed in the future.”

“Success is about living your passion and giving back to those who are less fortunate. The measure of your life is the extent to which you care for others,” said Robert McGuire.

Elaina of PAL’s Work Learn Grow program said, “I stand before you tonight, grateful for the opportunities I have been given through this program and for the PAL staff members, who took note of my natural leadership abilities. I hope to continue inspiring youth in my community as a teacher.” Tremaine, a member of PAL Youth Link, said, “This scholarship will allow me to attend Buffalo State College in the fall and pursue a career in broadcasting.” Graham, also a participant in Harlem Center’s Youth Link, added, “A college education is something I never thought I would accomplish. PAL gave me the guidance and opportunities to succeed.”

The scholarship funds provide the young winners with a monetary gift from PAL to help defray the expenses of their freshman year in college. Eligible applicants must have participated in PAL programs for a minimum of one full year and provide proof of college admission and attendance.