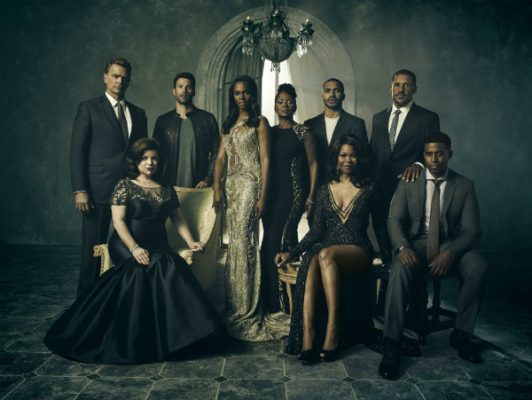 OWN: Oprah Winfrey Network’s and Tyler Perry’s hit drama “The Haves and the Have Nots

” returns for season six with all-new episodes on Tuesday, May 7, 2019, at 9:00 p.m. ET/PT. The most explosive season yet continues with scandal, destruction, and life-threatening tragedies for the Cryer, Harrington, and Young families.

“The Haves and the Have Nots

Season six of “The Haves and the Have Nots

(TPS) was formed by actor and filmmaker Tyler Perry in the fall of 2008. The studio develops and produces motion picture films, in addition to drama and comedy television programming for the multi-platform U.S. television market. The 200,000-square foot studio lot is situated on the former Delta Airlines campus of more than 30 acres in the Greenbriar area of southwest Atlanta. The studio consists of five sound stages, a post-production facility, a pond, a back lot, a 400-seat theater, a private screening room, and designated areas for entertaining and hosting events. Since its opening, Perry and the studio’s 400 Atlanta-based employees have been hard at work in a production of over fifteen films and five television series, with over 90 total episodes per year. In 2015 TPS announced plans to expand operations with the acquisition of Fort McPherson, adding another 330 acres to create another major movie production studio lot.

OWN: Oprah Winfrey Network is the first and only network named for, and inspired by, a single iconic leader. Oprah Winfrey’s heart and creative instincts inform the brand and the magnetism of the channel. OWN is a leading destination for premium scripted and unscripted programming from today’s most innovative storytellers. OWN’s original scripted series include popular dramas “Queen Sugar,” “Greenleaf

,” “Love Is __,” “The Have and Have Nots, “If Loving You is Wrong,” hit sitcom “The Paynes,” and upcoming drama series “David Makes Man” from Academy Award-winner Tarell Alvin McCraney and “Ambitions” from box office hit-maker Will Packer. OWN’s Saturday night unscripted programming lineup includes “Iyanla: Fix My Life,” “Book of John Gray,” “Black Love,” “Mind Your Business with Mahisha” and the recently announced dating series “Ready to Love.” OWN connects with its audience wherever they are, inspiring conversation among a global community of like-minded viewers on social media and beyond. Launched on January 1, 2011, OWN is a joint venture between Harpo, Inc. and Discovery Communications. The venture also includes the award-winning digital platform Oprah.com. Access OWN anytime, anywhere on WatchOWN.tv or across mobile devices and connected TVs.