OWN Unveils Trailer To New Season Of “Iyanla: Fix My Life” And Series New Podcast 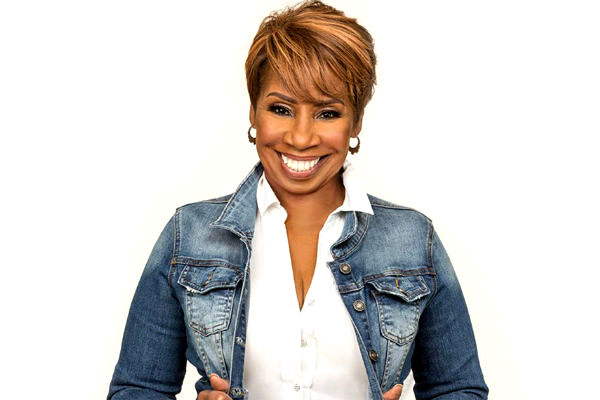 Vanzant returns to the network’s Saturday night lineup with its new episodes beginning Saturday, June 1, 2019, at 9:00 p.m. ET/PT on OWN: Oprah Winfrey Network

The network is also launching a podcast version of its award-winning series “Iyanla: Fix My Life” available June 18, 2019, on Apple Podcasts. Expanding on the network’s popular podcasts “Oprah’s SuperSoul Conversations” “A New Earth” and “Oprah’s Master Class,” the “Iyanla: Fix My Life” podcast will feature previously aired content from the critically-acclaimed series’ most popular interviews featuring spiritual life coach Iyanla Vanzant, as she helps those who are struggling, guiding them toward a new way of living and encouraging them to do the work necessary for real change.

” has been downloaded over 160 million times by listeners in over 190 countries worldwide. In 2018, Apple named “Oprah’s SuperSoul Conversations” podcast “one of the best of” and “most downloaded” podcasts of the year.

“A New Earth” is a 10-part series on Eckhart Tolle’s ground-breaking book, “A New Earth: Awakening to Your Life’s Purpose

” available on “Oprah’s SuperSoul Conversations.” These insightful and uplifting podcast conversations give a chapter-by-chapter class on practical teachings to help discover an enlightened state of consciousness.

,” the podcast version of OWN’s Emmy-nominated series launched in July 2018. The podcast features the series’ most popular interviews with the most respected and renowned actors, musicians, public figures and athletes sharing their greatest life lessons in their own words. All podcasts are available on Apple Podcasts and other platforms.

In this dramatic new season of the series, the Mitchell family returns for more episodes in search of Iyanla’s help. In part one, Iyanla reunites with the family and finds that they have fallen back into old patterns: Michael, Jr. has gone back to making lewd videos, Markis’s guilt about failing his family has led to a suicide attempt and one sibling went MIA. In part two of this multi-episode story, Iyanla sits down with the oldest sibling, Kizzy, to help her understand that she is no different from the mother who abandoned her; meanwhile, Iyanla sits Michael, Jr. down with mother Leronda to gain a greater understanding of an untreated mental health issue – one causes emotional outbursts and spurs him to post degrading videos of himself on social media; and lastly, Iyanla addresses the violent breakdown during the previous episode between Marvin and Melvin around one brother’s discomfort with his own sexuality. In a final attempt to move beyond the burden of resentment they hold towards their mother and each other, Iyanlajumps in between the chaos of family squabbles, breakdowns and blowups by making each member face their core issues of deeply rooted mistrust.

In subsequent episodes, Iyanla meets with a troubled young woman born in prison to a drug-addicted mother. Hours before being born, her 22-year-old father was notified he had a daughter on the way-a daughter that he was neither expecting nor sure he wanted. Lil’Karla marinated in a womb of “unwantedness” and grew up among family that she claims raised her in that same spirit, which she uses as an excuse for a lifetime’s worth of bad behavior. Also, Iyanla proves the old saying “If it’s not one thing, it’s your mother,” as she deals with two separate cases of manipulative women who will do anything in their power to control their adult children, followed by a couple who are desperately trying to save their marriage. Iyanla continues her work as she sits down with a father and his three sons – two of which he suspects are not actually his.

” is a series that has life coach Iyanla Vanzant help those who are struggling, guiding them toward a new way of living and encouraging them to do the work necessary for real change. Through emotional heart-to-heart conversations and often a dose of tough-love, Iyanlahelps individuals confront unresolved issues that are causing turmoil. She coaches guests and gives them the tools to fix their own lives, seeking to break the negative patterns that are preventing true happiness.

” is produced by PIGEON for OWN with executive producers Paul Harrison and Iyanla Vanzant.

Iyanla Vanzant is the host and executive producer of OWN’s acclaimed and award-winning series “Iyanla, Fix My Life.” She is a mother, survivor, spiritual life coach, empowerment orator, minister, multiple NAACP Image Award winner, and six-time New York Times bestselling author whose focus on faith, personal development and loving relationships has captivated and inspired audiences around the world. In addition, has been featured in numerous publications as well as on the cover of Essence magazine. A prolific writer, she has published eighteen books that have been translated into 23 languages and sold millions of copies. Her most recent book is “Forgiveness: 21 Days to Forgive Everyone for Everything

.” When not writing or appearing on television, Iyanla lectures and facilitates workshops nationally and internationally. With her no-nonsense approach and an underlying message of, “live better by loving yourself,” Iyanla has ignited a universal spark of self-discovery.

is the first and only network named for, and inspired by, a single iconic leader. Oprah Winfrey’s heart and creative instincts inform the brand and the magnetism of the channel. OWN is a leading destination for premium scripted and unscripted programming from today’s most innovative storytellers. OWN’s original scripted series include popular dramas “Queen Sugar,

” “Greenleaf,” “The Haves and Have Nots, “If Loving You is Wrong

” and upcoming drama series “David Makes Man” from Academy Award winner Tarell Alvin McCraney and family saga “Ambitions” from record-breaking Hollywood producer Will Packer. OWN’s Saturday night unscripted programming lineup includes “Iyanla: Fix My Life,” “Ready to Love,” “Love & Marriage: Huntsville,” “Black Love,” “Family or Fiancé” and “The Book of John Gray.” OWN connects with its audience wherever they are, inspiring conversation among a global community of like-minded viewers on social media and beyond. Launched on January 1, 2011, OWN is a joint venture between Harpo, Inc. and Discovery, Inc. The venture also includes the award-winning digital platform Oprah.com. Access OWN anytime, anywhere on WatchOWN.tv or across mobile devices and connected TVs. For more information, please visit www.oprah.com/own and ht tps://press.discovery.com/us/ own/.