Own Honors And Celebrates Juneteenth Holiday With Day Of Commerative Programming 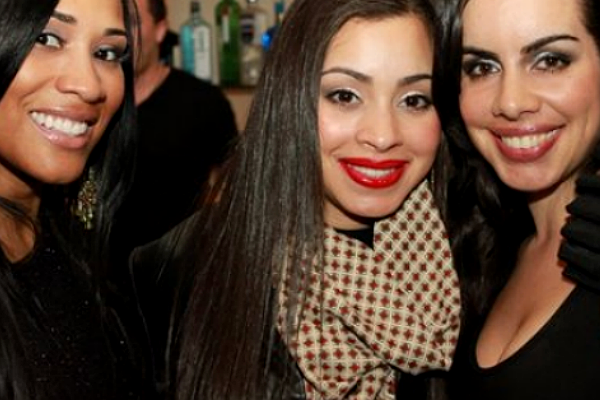 OWN: Oprah Winfrey Network announced today the commemoration of the Juneteenth holiday (the end of slavery in America) with a slate of special encore airings of programming on Friday, June 19, 2020 beginning at 3 p.m.“Dark Girls” is a fascinating and controversial film that goes underneath the surface to explore the prejudices dark-skinned women face throughout the world. It explores the roots of classism, racism and the lack of self-esteem within a segment of cultures that span from America to the most remote corners of the globe. Women share their personal stories, touching on deeply ingrained beliefs and attitudes of society while allowing generations to heal as they learn to love themselves for who they are.

“Light Girls” is an in-depth study of the advantages and disadvantages of being a light skinned woman told from a collection of notable light-skinned entertainers, educators and everyday folk. The film highlights and questions the notion that light skin makes for an easier life and provides a global analysis of skin color and its relationship with societal values.

“Oprah & Lupita Nyong’o on Colorism” – Winfrey and Oscar-winning actress Lupita Nyong’o discuss colorism in Hollywood and if it still exists. Nyong’o’s newest project is her children’s book “Sulwe,” which features a 5-year-old girl who has the darkest skin color in her family. On shelves since last October, the picture book inspires children to love their uniqueness and to discover that beauty comes from within.

Nyong’o also opens up about thriving in an industry she feels was not made for her, speaks about her critically acclaimed starring role in Jordan Peele’s “Us,” and shares her experience winning “Best Supporting Actress” for her performance in “12 Years a Slave” at the Academy Awards in 2014.

“Oprah Winfrey Presents: The Legends Who Paved the Way” – Oprah Winfrey hosts a gala of events celebrating the upcoming film “Selma” and honoring some of the legendary men and extraordinary women of civil rights, the arts and entertainment who made history and redefined what was possible for us all.

The weekend celebration began in Santa Barbara, CA, with an exclusive screening of “Selma” at the historic Arlington Theatre followed by an elegant evening gala saluting the legends at the Bacara Resort & Spa. A special message from President Barack Obama began the evening, with a poem reading by the cast of “Selma,” written by Pearl Cleage, punctuating the expression of gratitude for the legends before the R&B group The O’Jays took the stage.

OWN: Oprah Winfrey Network is the first and only network named for, and inspired by, a single iconic leader. Oprah Winfrey’s heart and creative instincts inform the brand and the magnetism of the channel. OWN is a leading destination for premium scripted and unscripted programming from today’s most innovative storytellers.

OWN connects with its audience wherever they are, inspiring conversation among a global community of like-minded viewers on social media and beyond. Launched on January 1, 2011, OWN is a joint venture between Harpo, Inc. and Discovery, Inc. The venture also includes award-winning digital platform Oprah.com. Access OWN anytime on http://WatchOWN.tv or across mobile devices and connected TVs.