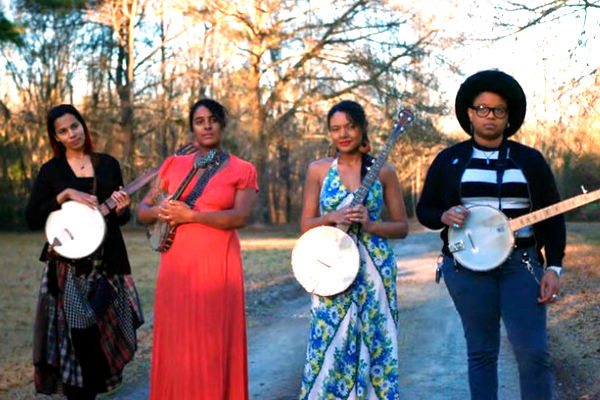 Our Native Daughters — the collaboration of Rhiannon Giddens

, Leyla McCalla, Allison Russell and Amythyst Kiah — will launch their first-ever live performances this July in support of their LP ‘Songs of Our Native Daughters

On this solo headlining tour Giddens, McCalla, Russell and Kiah will be joined by a series top-shelf session musicians and multi-instrumentalists for a 60-90-minute set filled with the tales of historic black womanhood and survival from their latest album. In bringing to light the specific experience of black women through the beautiful music and writing of contemporary black female musicians, the album finds new touchstones in the story of American racism.

Smithsonian Folkways Recordings, the “National Museum of Sound,” makes available close to 60,000 tracks in physical and digital format as the nonprofit record label of the Smithsonian, with a reach of 80 million people per year. A division of the Smithsonian Center for Folklife and Cultural Heritage, the non-profit label is dedicated to supporting cultural diversity and increased understanding among people through the documentation, preservation, production, and dissemination of sound. Its mission is the legacy of Moses Asch

, who founded Folkways Records in 1948 to document “people’s music” from around the world.

Rhiannon Giddens has a number of other projects slated for 2019 including a new album with Francesco Turrisi: ‘there Is no Other’ (out May 3) in addition the Nashville Ballet’s production of ‘Lucy Negro Redux

,’ which Rhiannon scored the music for. She’s featured in Ken Burns

‘ Country Music series coming to PBS this fall and performing throughout the spring/summer.