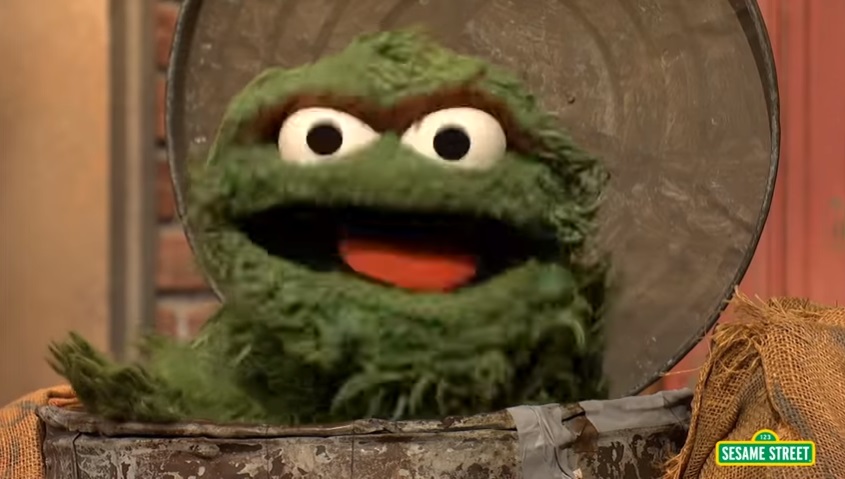 The New York City Department of Sanitation, in collaboration with NYC Census 2020 and F.Y. Eye, has launched the second flight of a Get-Out-The-Count (GOTC) Census campaign, featuring a special guest, Oscar the Grouch. Posters with the message “Make Your Family Count” starring Oscar the Grouch first toured New York City in March when New Yorkers initially received invitations to complete the 2020 Census. As the self-reporting response deadline has been extended to October 31st, 2020, due to the COVID-19 pandemic, motivating New Yorkers to be counted is now more important than ever.

“As our Sanitation Workers continue their essential jobs helping to keep the city clean, they will again be accompanied by Oscar the Grouch, and the ‘Grouches Count Too,’ message,” said Sanitation Commissioner Kathryn Garcia. “We are happy to again have the opportunity to use our trucks to support of this important cause. We thank our partners for their support as we work to ensure everyone gets counted.”

“Oscar the Grouch’s message is essential information for all New Yorkers. Children under five were among the most undercounted in the 2010 Census, putting important funding for their future, from schools to health care, at risk,” said Julie Menin, NYC Census 2020. “As our city rebuilds after COVID, an accurate census count will support our recovery. The census brings in critical funding, including for health care, for the next ten years.”

“COVID-19 couldn’t be a more palpable reminder of why participating in the census is so critical as the NYC Department of Health relies on census data to determine public responses to health emergencies like COVID-19,” said Eva Kantrowitz, an F.Y. Eye Board Member. “Taking less than ten minutes to respond to ten basic questions on the 2020 Census will enable New York to secure the resources and political representation we deserve, ensuring that we have the means to support frontline workers, immigrants, kids, seniors, and others who were already vulnerable before this crisis hit.”

“As a New York City-based and focused nonprofit, we know how critical getting a complete count is to secure the resources and representation our city deserves and our partners need. We also know how creative design and strategic dissemination inspire Census 2020 participation. This PSA combines the two and we are thrilled that it is on the streets for another run,” said Nina Robbins, F.Y. Eye’s Program Director.

This GOTC effort is a public-private partnership between F.Y. Eye, Sesame Workshop, the New York City Department of Sanitation, and NYC Census 2020.

The census is now more accessible than ever, and it can be completed without leaving the home or coming into contact with any other person. The 2020 Census does not include a citizenship question and all New Yorkers, including undocumented immigrants, should complete the census by visiting My2020Census.gov or by calling 1-844-330-22020.

The census determines whether New York City receives its fair share of hundreds of billions of dollars distributed by the federal government every year for important programs and services. The census also leads to direct investments in New York City’s health care system.

For example, census data determine allocations for funding for children’s health insurance (CHIP) and hospitals. The census also determines each state’s political representation in Congress, as well as how local, state, and federal legislative district lines are drawn, meaning the power of New York City’s voice in Washington, D.C., and Albany is also based on the census.

Oscar is back to remind New Yorkers that if you are a person and you live in New York, you are important and should be counted. The more New Yorkers fill out the census, the more money the city receives.

F.Y. Eye is a New York nonprofit advertising group that works exclusively with other nonprofits, social enterprises, and government agencies to build public awareness about the wealth of social, civic, educational, legal, financial, and health-related resources available to people in need.

Enlisting the F.Y. Eye PSA Network, an ecosystem of digital displays located in high-traffic nonprofit centers throughout New York built specifically to promote critical advocacy messages and community programs, and their Impact Artist Collective, F.Y. Eye is building awareness, urgency and confidence in the 2020 Census through a range of creative and strategic GOTC initiatives to make sure New York gets its fair share of federal funding and congressional representation. For more information, please visit www.fyeye.org.

Sesame Workshop is the nonprofit educational organization behind Sesame Street, the pioneering television show that has been reaching and teaching children since 1969. Today, Sesame Workshop is an innovative force for change, with a mission to help kids everywhere grow smarter, stronger, and kinder.

We’re present in more than 150 countries, serving vulnerable children through a wide range of media, formal education, and philanthropically-funded social impact programs, each grounded in rigorous research and tailored to the needs and cultures of the communities we serve.

The Department of Sanitation (DSNY) keeps New York City healthy, safe and clean by collecting, recycling and disposing of waste, cleaning streets and vacant lots, and clearing snow and ice.

The Department operates 59 district garages and manages a fleet of more than 2,000 rear-loading collection trucks, 450 mechanical brooms, and 705 salt spreaders. The Department clears litter, snow, and ice from approximately 6,500 miles of City streets and removes debris from vacant lots as well as abandoned vehicles from City streets.

NYC Census 2020 is a first-of-its-kind organizing initiative established by Mayor de Blasio in January 2019 to ensure a complete and accurate count of all New Yorkers in the 2020 Census. The $40 million program is built on four pillars: (1) a $19 million community-based awards program, The New York City Complete Count Fund, empowering 157 community-based organizations to engage historically undercounted communities around the 2020 Census; (2) an in-house “Get Out the Count” field campaign supported by the smart use of cutting-edge data and organizing technology, and a volunteer organizing program to promote a complete count in each of the city’s 245 neighborhoods; (3) an innovative, multilingual, tailored messaging and marketing campaign, including a $3 million commitment to investing in community and ethnic media to reach every New York City community; as well as (4) an in-depth Agency and Partnerships engagement plan that seeks to leverage the power of the City’s 350,000-strong workforce and the city’s major institutions, including libraries, hospitals, faith-based communities, cultural institutions, higher educational institutions, and more, to communicate with New Yorkers about the critical importance of census participation. Through close partnerships with trusted leaders and organizations across the five boroughs, this unprecedented campaign represents the largest municipal investment in census organizing nationwide and will build an enduring structure that empowers New Yorkers to remain civically engaged.