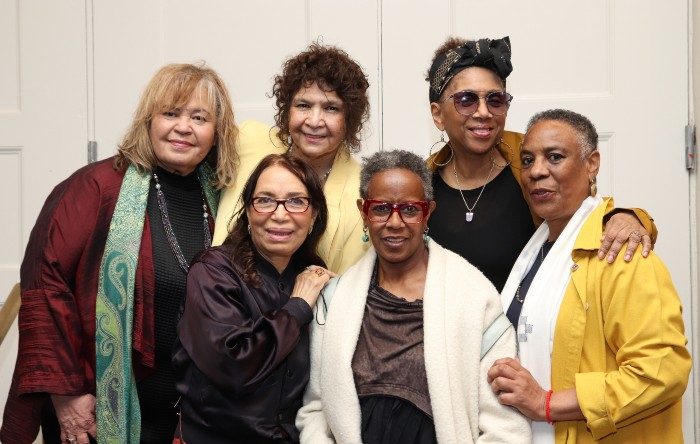 On Thursday, April 24th, 2022, the original cast members of the 1976 Broadway show for colored girls who have considered suicide/ when the rainbow is enuf, by Ntozake Shange attended the revival in New York City.

The cast members came to see the revival, currently, in previews, that is directed and choreographed by award-winning artist Camille A. Brown.

Once they were announced the audience erupted in applause when an announcement was made before the performance that they were present.

After the show, they chatted with the current cast members Amara Granderson, Tendayi Kuumba, Kenita R. Miller, Okwui Okpokwasili, Stacey Sargeant, Alexandria Wailes and D. Woods. for colored girls who have considered suicide/ when the rainbow is enuf opened on Wednesday, April 20th, 2022.

Tickets are now on sale for the 20-week limited engagement at www.telecharge.com. Full casting and creative team will be announced at a later date.