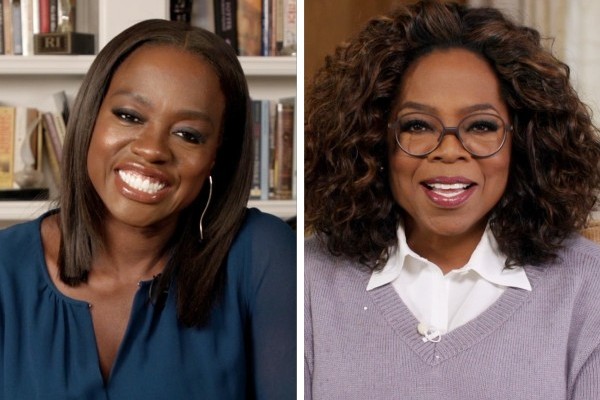 In the film, tensions and temperatures rise at a Chicago music studio in 1927 when fiery blues singer Ma Rainey joins her band for a recording session.

In yet another critically acclaimed performance that led to an Oscar nomination for Best Actress, Davis inhabits “the Mother of the Blues” in an adaptation of an August Wilson play.

Davis reveals what Ma’s struggle says about today’s America and what it taught her about harnessing her own powers as a Black woman.

Davis reveals what Ma’s struggle says about today’s America and what it taught her about harnessing her own powers as a Black woman.

She also shares her thoughts on working with the late Chadwick Boseman on his final film.

“OWN Spotlight: Viola Davis” will be available on the WatchOWN app, in addition to being available on discovery+ starting Saturday, April 17, 2021, through the end of the month, as well as on the “Super Soul” podcast line-up starting April 19, 2021.

“OWN Spotlight: Viola Davis” is produced by OWN. The executive producers are Oprah Winfrey and Tara Montgomery.

Previous programs include a conversation with singer/actress Andra Day; a special presentation on Ava DuVernay‘s short film “August 28;” an inspirational special celebrating Black fatherhood and the special bonds they have with their children “They Call Me Dad;” a two-night special “Where Do We Go From Here?” that simulcast across the Discovery family of networks featuring Oprah and Black thought leaders discussing the current state of racism America.

“Oprah and 100 Black Fathers” sharing the urgency of having “the talk” with their children and the dreams they have for the future of their families; “COVID-19: The Deadly Impact on Black America” that investigated the disproportionate impact of the coronavirus pandemic on Black communities.

“Oprah At Home with Lupita Nyong’o and Cynthia Erivo,” which examined colorism in Hollywood; “Oprah and Alicia Keys – The Interview” discussing Harlem’s Alicia Keys‘ new memoir “More Myself;” “When They See Us Now” featuring Oprah in conversation with award-winning filmmaker Ava DuVernay and the cast from the acclaimed series “When They See Us” along with real men former reviews known as the Central Park Five.

“(In)Visible Portraits,” which was a powerful celebration of Black women sharing their stories of struggle, resilience, and beyond; “Black Women OWN The  Conversation – 2020 In ” featured intimate conversations about important issues with honest opinions and surprising solutions that put people first; and the follow-up documentary from D. Channsin Berry “Dark Girls 2” exploring the prejudices darker-skinned women face around the world.