Oprah Hosts Own Spotlight: Oprah And 100 Black Fathers Talk Plans For The Future 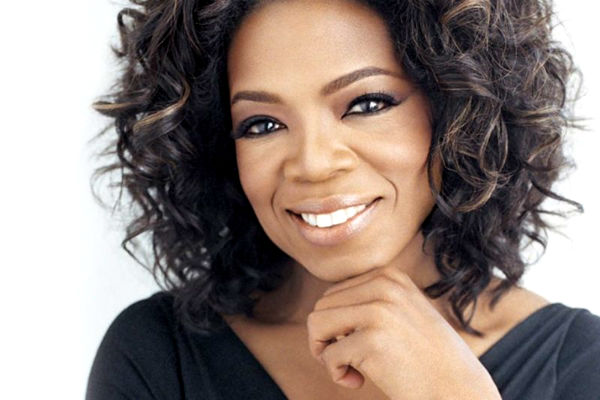 The show is to air Tuesday, June 30, 2020, at 10 p.m. ET/PT on OWN (immediately following an all-new “Greenleaf”) and streaming for free on the Watch OWN app beginning at 11p.m. ET/PT. The special features Oprah Winfrey as she speaks with 100 Black fathers about how they are emotionally managing this moment, the urgency of having “the talk” with their children and the dreams they have for their future.

This in-depth special includes conversations with actor, filmmaker, philanthropist and media mogul Tyler Perry; award-winning actor and producer Courtney B. Vance (“American Crime Story”); Grammy award-winning rapper, songwriter, entrepreneur and activist Michael Render aka Killer Mike; and criminal justice reform activist and author Shaka Senghor (“Writing My Wrongs”) as they share how they are responding and speaking with their children about the recent murders of Black men and women, and the deep-rooted systematic challenges they face in their daily lives living in a world that too often sees them as criminals instead of their humanity.

The virtual audience features fathers who are married, single, gay, parents of trans children, members of the military, the formerly incarcerated, frontline healthcare workers, professional and stay-at-home dads, and those who have faced the death of a child at the hands of the police.

“I am honored to bring this conversation to light so we might better understand the emotional toll Black fathers endure, and how they continue to show up for their children, their family and the community,”

“I am honored to bring this conversation to light so we might better understand the emotional toll Black fathers endure, and how they continue to show up for their children, their family and the community,” said Oprah Winfrey.

“In this special, Black fathers will share their personal stories and feelings in this moment and the hope they have for their families’ futures.”

“We are proud to continue curating programming that talks openly about important issues affecting Black lives,” said Tina Perry, president, OWN. “In this special, Black fathers will share their personal stories and feelings in this moment and the hope they have for their families’ futures.”

“OWN Spotlight: Oprah and 100 Black Fathers” is produced by OWN. The executive producers are Oprah Winfrey and Tara Montgomery.

“OWN Spotlight” presentations tackle issues and concerns facing Black lives. The programs feature candid and in-depth conversations that create real dialogue to inspire systematic change. Previous programs include the two-night special “Where Do We Go From Here?” that simulcast across the Discovery family of networks featuring Oprah and Black thought leaders discussing the current state of racism America; “COVID-19: The Deadly Impact on Black America” that investigated the disproportionate impact of the coronavirus pandemic on Black communities; “Oprah At Home with Lupita Nyong’o and Cynthia Erivo,” which examined colorism in Hollywood; “Oprah and Alicia Keys – The Interview” discussing Alicia Keys‘ new memoir “More Myself;” “When They See Us Now” featuring Oprah in conversation with award-winning filmmaker Ava DuVernay and the cast from the acclaimed series “When They See Us” along with real men formerly known as the Central Park Five; and the follow-up documentary from D. Channsin Berry “Dark Girls 2” exploring the prejudices darker-skinned women face around the world.

OWN: Oprah Winfrey Network is the first and only network named for, and inspired by, a single iconic leader. Oprah Winfrey’s heart and creative instincts inform the brand and the magnetism of the channel. OWN is a leading destination for premium scripted and unscripted programming from today’s most innovative storytellers.

OWN connects with its audience wherever they are, inspiring conversation among a global community of like-minded viewers on social media and beyond. Launched on January 1, 2011, OWN is a joint venture between Harpo, Inc. and Discovery, Inc. The venture also includes award-winning digital platform Oprah.com. Access OWN anytime on http://WatchOWN.tv or across mobile devices and connected TVs.