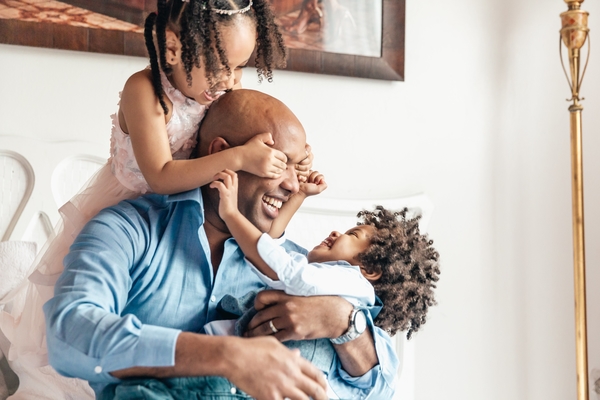 “Our intention at OWN – across all of our programming – is to authentically portray the real-life experiences of African Americans,” said Tina Perry, president, OWN. “We know, and our viewers know, the way Black fathers show up for their families, and we are honored to welcome Sterling K. Brown to co-host this special program to celebrate these Black men.”

“We want to honor the Black Kings who stand firm and proud in their role as a father, and celebrate the love and joy they bring to their families and communities,” said Oprah Winfrey.

“The greatest role of my life happened 10 years ago when I became a father for the first time,” said Sterling K Brown, co-host and Executive Producer. “I am honored to celebrate these exceptional men who are my ‘Brothers in Fatherhood’, and continue to shift the national perception of Black fathers.”

“When I got the call that Oprah wanted to do this special, I was overjoyed,” said Reginald Hudlin, Executive Producer. “Once again, she knows exactly where the culture needs to go. There are so many Black Dads who give their all for their families who are never represented in the media. Sterling and I always compare notes on what’s best for our kids, and it’s wonderful to be able to take that conversation nationwide and replace inaccurate stereotypes with inspirational truths. You don’t have to be Black or a Dad to enjoy the show, but if you are, you’re going to love it. ”

“It is an honor and privilege to be a part of such a worthwhile project,” said Byron Phillips, Executive Producer. “As a Black father, it fills my heart with joy to present Black fathers in their full humility and to show the breadth and depth of Black fathers across this country. This project is a testament to the consciousness, empathy and leadership Oprah Winfrey has shown over the course of her life. And to also have Sterling K. Brown, who is the definition of strength and positivity as a Black man/father, additionally leading the way, makes this truly a dream project. Tina Perry and the OWN team once again demonstrate their commitment to meaningful positive imagery.”

“It’s so great to shine a spotlight on dads – I’m a dad and I love being a dad – especially the fathers who have made such an impact on the lives not only of their own kids, but who offer inspiration and an example to fathers and families everywhere. With Oprah Winfrey and Sterling K. Brown anchoring this event, we know that this first of what we hope will become an annual honor will stand out as a much-needed prime time tribute,” said Phil Gurin, Executive Producer.

“OWN Spotlight” presentations tackle issues and concerns facing Black lives. The programs feature candid and in-depth conversations that create real dialogue to inspire systematic change. Previous programs include a conversation with award-winning actress Viola Davis; a conversation with singer/actress Andra Day; a special presentation on Ava DuVernay‘s short film “August 28;” an inspirational special celebrating Black Fatherhood and the special bonds they have with their children “They Call Me Dad;” a two-night special “Where Do We Go From Here?” that simulcast across the Discovery family of networks featuring Oprah and Black thought leaders discussing the current state of racism in America; “Oprah and 100 Black Fathers” sharing the urgency of having “the talk” with their children and the dreams they have for the future of their families; “COVID-19: The Deadly Impact on Black America” that investigated the disproportionate impact of the coronavirus pandemic on Black communities; “Oprah At Home with Lupita Nyong’o and Cynthia Erivo,” which examined colorism in Hollywood. 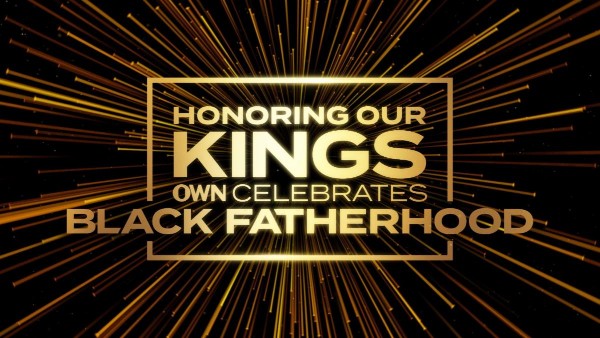 “Oprah and Alicia Keys – The Interview” discussing Alicia Keys’ new memoir “More Myself;” “When They See Us Now” featuring Oprah in conversation with award-winning filmmaker Ava DuVernay and the cast from the acclaimed series “When They See Us” along with real men formerly known as the Central Park Five; “(In)Visible Portraits,” which was a powerful celebration of Black women sharing their stories of struggle, resilience and beyond; “Black Women OWN The Conversation – 2020 In Review” featured intimate conversations about important issues with honest opinions and surprising solutions that put people first; and the follow-up documentary from D. Channsin Berry “Dark Girls 2” exploring the prejudices darker-skinned women face around the world.