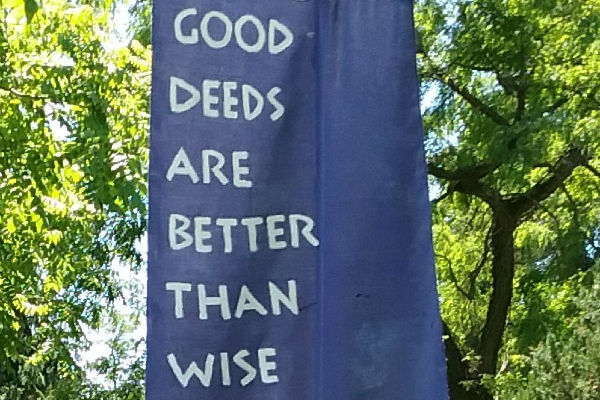 Never during my youthful McGovern campaigning or as I lobbied in Washington against Nixon’s Vietnam escalation did I dream that our nation’s concurrent crises would surround my adulthood.
Systemically racist policing, the Coronavirus pandemic, western wildfires, and southern hurricanes plague us, with a despotic preening and negligent President.

“Running into death just like soldiers running into bullets is a beautiful thing to see,” Forbes reported Trump said of doctors and nurses in a May 15th, 2020, visit a medical equipment distribution facility in Pennsylvania. Exerting Federal force at Lafayette Square and in Portland gives license to white supremacist militias. It recalls the Ohio National Guard’s Nixon-era fatal shootings of white Kent State students and police killings of Black students at Mississippi’s Jackson State days later.

Will they do more than confirm what we know?

A bully defied, dissembles. “Meet me at three o’clock if you don’t like it,” one dared in ninth grade as I cringed at his taunts but agreed. Students flooded the yard where we circled without throwing punches. We tussled lightly till kids pulled us apart, our issues resolved.

The House Judiciary Committee Chair Jerry Nadler as a youthful insurgent co-founded the Community Free Democrats on Manhattan’s Upper West Side. Complacent in his fifteenth term, he states policy concerns in letters to Cabinet agencies, his newsletter says.

He won’t meet with me, a constituent when he visits the district since his office says, “he’s so busy.” 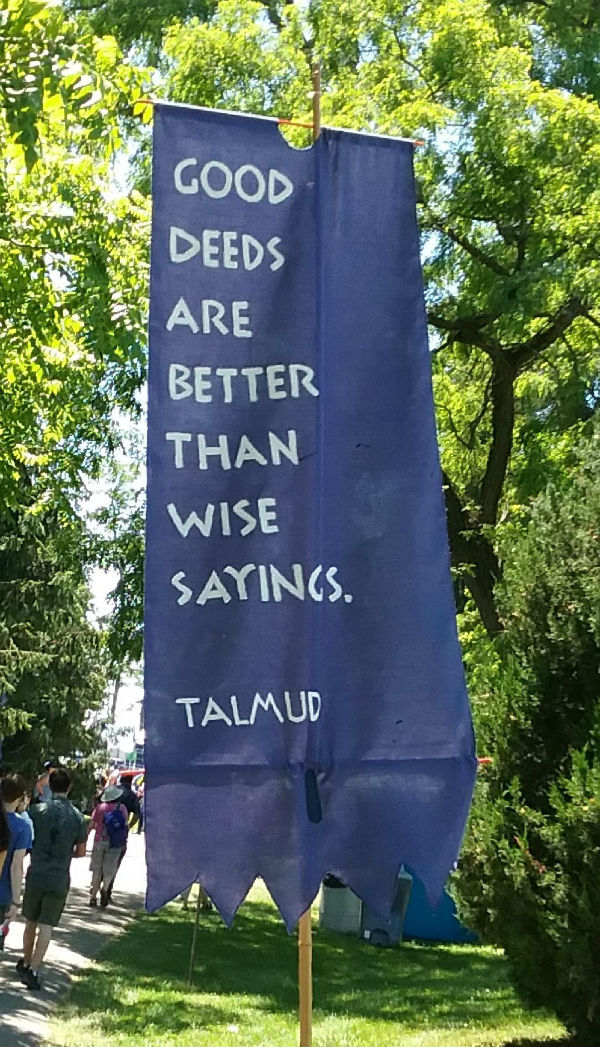 I cringe when former Vice President Joe Biden, a decent man past his prime, speaks on television; will his weakness cost vital support? On the bridge with our captain, we wonder what’s ahead: a faux vaccine as Trump’s “October Surprise”? The Proud Boys barring Blacks from voting? A “rally ’round the flag” intervention abroad? Those wild cards lie on Trump’s desk as Vladimir Putin inserts Russian meddling.

“What he had been unable to achieve for himself, his ‘friends’ in high places had achieved for him, a man with no credentials for running a sophisticated state-machine, practically his sole qualification the ability to muster the support of the nationalist masses whose base instincts he showed an unusual talent for a rousing,” British historian Ian Kershaw wrote in his Adolph Hitler biography. It’s a chilling insight into how we got here.

The late George McGovern served eighteen years in the Senate. His antiwar Vietnam stance and his intention to restore a peacetime economy are models we should heed to halt what the military-industrial complex and corporate wealth’s intrusions into politics wrought: the industrial world’s largest (and still growing) income inequality plus 211,000 (and still counting) pandemic dead.

Municipal governments across our country, meanwhile and under the radar, paid $300 million in taxpayer funds in 2019 to settle civil suits in fatal police shooting cases before this year’s death sequence. 3 of 98 officers involved were charged with crimes. How many of our homeless, ill, or unemployed, could such funds have helped?

“The resilience of the human spirit is an amazing thing,” my college friend Phil Handleman points out, adding that “if each of us can be a beacon of hope, projecting light into the darkness, it may have a salutary effect over time, perhaps bringing us back from the abyss.” Phil and I organized McGovern phone banks and rally crowds as Washington University in St. Louis students, volunteering at the 1972 Democratic National Convention in Miami Beach. We marched through winter’s mud and frost in Washington, DC against Nixon’s 1973 post- Watergate inauguration, then personally urged Senators to block Nixon’s plan to terrorize North
Vietnamese civilians by bombing dikes to flood the land.

We’re old enough to have a long view of history, affirming Phil’s inference that all of us have innate leadership capacities. It reminds that progress on civil rights derived more from direct action than electoral politics. That’s worth recalling as a Presidential vote of high stakes but uncertain outcome approaches.