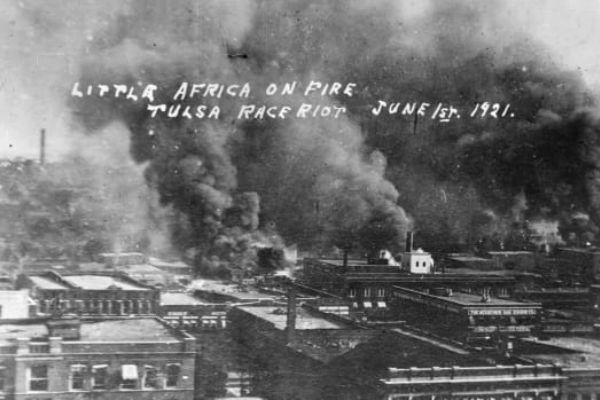 Historians have argued that the looters relished the opportunity to use the rape claims as a ruse to cut Greenwood’s Black people down to size; to upend generations of community prosperity and show the “uppity” Black business owners who were boss.

Official records put the death toll at 36, but recent estimates put the number of dead closer to 300, along with some 800 injured. More than 8,000 Greenwood residents were left homeless, and the 35 blocks that once made up Black Wall Street were left in charred ruin. The mob not only murdered with impunity, but the looting and burning of businesses meant that they killed Black livelihoods as well.

Tulsa’s Black community was forced to rebuild with no help from local, state or federal authorities. The area’s Black-owned business owners never again were able to reclaim their previous level of prominence.

This Juneteenth, we at the Black Business Empowerment Commission (BBECommission), a national organization focused on the economic health of the Black community, will launch an initiative to prevent another systematic decimation of Black businesses across America.

The story of Tulsa’s ‘Black Wall Street’ is well documented. The truth is there was a host of Black Wall Streets across America, and many met the same fate. The Hayti Community in Durham, NC, Jackson Ward in Richmond, VA, the Fourth Avenue District in Birmingham, AL, and Boley, OK are just a few.

We celebrate and remember all of our Black Wall Streets because when Black businesses thrive, the entire community is uplifted through job creation, a broader tax base and dollars being circulated within the neighborhood. And the next generation sees that entrepreneurship is a vehicle for Black economic empowerment and generational wealth. We are calling on federal, state and local governments to tangibly address the economic concerns of the Black community – something it has failed to do for more than 400 years.

At its core, our plan for Black economic empowerment includes sole-source public contracts administered by Black-operated and controlled entities with deep ties to the community. These sole-source contracts would enable Black businesses to engage in a substantive public and private sector contracts, access capital, culturally sensitive and competent technical assistance, back-office support, and workforce development.

Most importantly, sole-source contracts will allow the Black community to exercise “PHD”- the purchasing, hiring and depositing of the Black dollar within a Black-owned and operated economic ecosystem.

In the wake of George Floyd’s tragic death in police custody and the protests and unrest that have followed, the Black community does not have the luxury of fighting for social justice while ignoring economic justice for Black people.

Regina Smith is the executive director of the Harlem Business Alliance, an organization dedicated to enriching the local business community, with an emphasis on Black-owned businesses through education, support and advocacy. She is a founding member of the Black Business Empowerment Commission (BBECommission.org), a national coalition of business owners advocating for economic equity for Black-owned businesses in both the public and private sectors.