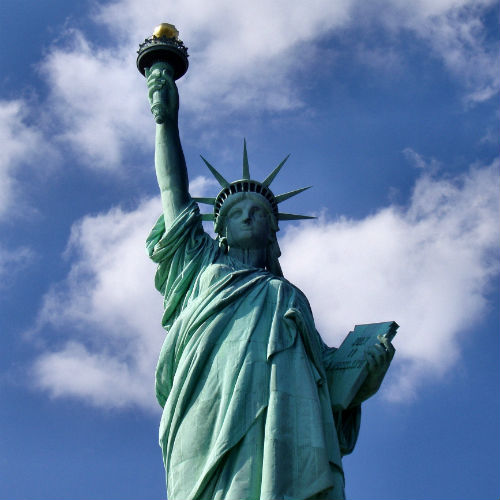 “I wonder if you can tell us what goes through your mind when people who love this country and believe in you say, regretfully, that you should resign or be impeached?” CBS News’ Chief White House Correspondent, Dan Rather, was dignified and direct in his press conference questioning of President Richard Nixon in October 1973 during Watergate.

His poise impressed me as an observant twenty-year-old at Washington University in St. Louis forging a career path toward politics. Now sixty-six, a former U.S. Senate aide, I asked Rather last evening whether Trump-era reporters would learn from watching video of the fraught and frequent Nixon-Rather encounters.

MSNBC’s Katy Tur interviewed Rather at Brooklyn’s St. Joseph’s College in a Greenlight Bookstore-sponsored showcase for the paperback edition of his current New York Times bestseller — collected essays on “What Unites Us

” as Americans. The Fort Greene-based Greenlight marks its first decade as a cultural hub for discussions of classical, mainstream and experimental literature.

“you for the compliment inherent in your question, but the answer is no,” Rather told me. “There is no shortage of courage among journalists now. There was nothing special about what I did at that time. I just tried to ask direct questions.”

I stood face to face with a legend — who paused, perhaps to move on. Six crowd members lined up in the aisle behind me were eager to ask their own questions, but, heart-pounding, I held on to the microphone, hoping for more, since Tur and Rather had not yet dismissed me. I sensed that humility served Rather well in public. Then he looked me in the eye and continued.

“There is a need to ask the President a direct question and to ask that same question again and again if necessary until he either answers that question or makes clear that he won’t answer it. The necessity of a follow-up question is something most people don’t understand,” he added, “but today’s journalists are better educated, better trained and better prepared than I was, or were those of my generation.”

He revealed that they face uphill battles for fact-checking the 45th President.

“In a large news organization, the corporate superstructure will respond to the power of the President, not to the individual reporter” when the White House Press Office complains. It’s often done quietly behind the scenes, perhaps over a wine-filled lunch with network executives, who will then take the reporter aside in the newsroom to explain that “there’s a controversy about what you said to the President; we’d better calm this down, so don’t ask the tough questions.”

Rather faced this pressure when Nixon resigned his office in August 1974. Ordered, as network colleague Daniel Schorr disclosed, to “go soft on Nixon” during on-air post-speech summations, Rather lauded the “finest hour” of an impeached President implicated in a criminal conspiracy, whose televised nationwide remarks had “a touch of class and even majesty, showing Nixon’s respect and appreciation for the constitutional system that had functioned so magnificently” throughout the Watergate crisis.

Chief Congressional Correspondent Roger Mudd, Rather’s rival in vain for the coveted CBS Evening News Anchor role when icon Walter Cronkite retired, by contrast verbally tore into Nixon, who in “what I would have to think was not a very satisfactory speech took no responsibility whatsoever for the realities that brought him down.”

Because “there was no accounting of how we got there and why he has to leave that oval room,” Mudd added, “the American public is left to conclude that it was craven politicians in the Congress who, after a year’s consideration of this matter, collapsed in their defense of the President and thereby forced him to resign.”

That primetime showing may explain why CBS anointed Rather as the sainted Cronkite’s successor while Mudd, well-respected in Washington, fled to NBC.

Rather’s current book refers to the 2003 Iraq War buildup to illustrate the pervasive nature of that “go soft” imperative.

“In times of strong patriotic fervor,” he writes, “asking a question can be spun as unpatriotic. And the Bush administration, with its allies in the conservative press, were not hesitant to hang a ‘bias’ sign on those seen as confrontational, or even skeptical of the storyline the administration was putting out” in the aftermath of the 9/11 terrorist attacks. “It wasn’t overt but there was a feeling that we shouldn’t be making too many waves.”

“I wrote the book at a perilous time,” the author declared. “I’m mad about people in powerful positions exploiting our divisions. What I can do is remind people that more holds us together than separates us. I can try to spark a conversation in which we start listening to one another.” He urged that individuals should “reach out to ‘the other’” near home, at work, in school.

The book’s introduction states that such earnest expressions emerged from frequent night flight reflections throughout Rather’s career. Crossing woven threads became a metaphor for Rather’s air travels to and from our nation’s corners and through its heartland as he stared through the windows.

While the House Judiciary Committee’s impeachment inquiry and the ongoing criminal investigations by federal, state and local authorities seem well-suited to President Trump’s transgressions, those accountability measures rest on Rather’s faith in democracy. The nation is resilient, he reminds us..

Dignified and direct as he was in the Watergate glare forty-six years before, Dan Rather onstage at St. Joseph’s drove home that uplifting belief – a welcome tonic as one hundred concerned citizens seeking answers showed with their standing ovation.

Michael McQuillan served on the NYPD Training Advisory Council, teaches history in New York City and is a founding member of Hope in the Cities’ National Network.