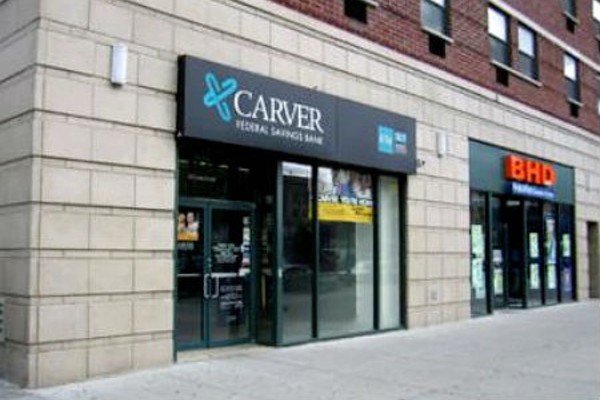 Shares of Harlem-based Carver Bancorp — one of America’s largest Black-operated banks — skyrocketed as much as 267% to $38.87.

This all happened on Thursday as retail investors identified the stock as the next possible target for a short squeeze.

The stock was the number-one trending ticket on Stocktwits, with message volume gaining 609%. More than 83 million shares exchanged hands Thursday, compared to the average daily trading volume of 967,494 over the past year, according to Bloomberg data.

One catalyst for the stock’s rise seems to be retail investors catching on to the high amount of short interest in Carver. In past months, day traders from online forums like Reddit’s Wall Street Bets have focused buying on heavily shorted stocks like GameStop and AMC Entertainment, with hopes that the upward share moves will force shorts to close positions, thereby driving the stock even higher.

On June 28, 2021, a Twitter account with the user name Will Meade (202,000 followers) noted that Carver was the most shorted stock trading with 68% short interest.

The account linked to a MarketWatch post that identified Carver as the company with the largest proportion of outstanding shares currently sold short.

The user tweeted about the stock again on June 30, and then on July 2, 2021, tweeted that the stock “will squeeze huge today.”

Around the same time as the Twitter accounts posts, users on Reddit began to notice the stock. A post in r/Shortsqueeze from June 30, 2021, identified the stock as a “Potential Squeeze.”

Meanwhile, users in the r/carvstock channel discussed how to bring attention to the stock, encouraging people to post to Stocktwits and other social media groups besides WallStreetBets.

Discussion of the stock is banned on Wall Street Bets as it is under $1 billion in market capitalization.

“Picked up some shares yesterday on a whim because I saw the high short interest along with an extremely low float. Just felt so right and I’m glad I did it. This should continue to go, no?” one user posted in r/Shortsqueeze on Thursday.

The stock dipped from intraday highs on Thursday, then re-tested that level in the mid-afternoon as users on Stocktwits continued to cheer the stock.

The bank was founded in 1948 to serve African-American communities and is currently the nation’s largest African- and Caribbean-American-operated bank reports Business Insider.