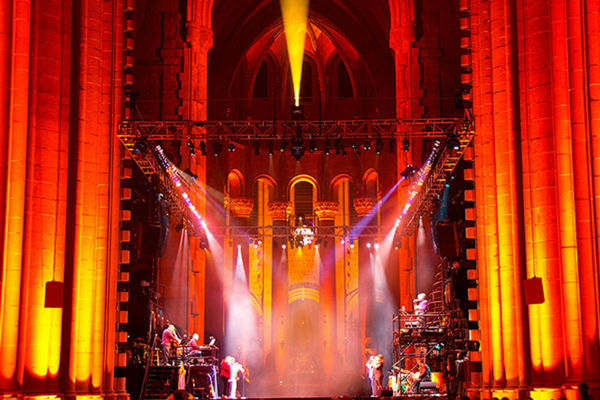 This year’s special guest will be singer/songwriter and activist Noel Paul Stookey, best-known as a member of the famed folk music trio Peter, Paul, and Mary. Stookey was the producer of the Paul Winter Consort’s first two albums, in 1968 and 1969, and has been a key mentor and collaborator during these first 50 years of the band.

and Radio City’s Christmas Spectacular. A dazzling extravaganza of music, dance, and spectacle within the awesome space and acoustics of the world’s largest cathedral, the event is a contemporary take on ancient solstice rituals, when people felt a calling to come together on the longest night of the year to welcome the return of the sun and the birth of the new year.

The Winter Solstice Celebration has evolved over the years to inhabit the entirety of the Cathedral of St. John the Divine. The resounding acoustics have inspired the music of the event, and the vast dimensions of the Cathedral have given birth to unique theatrical elements. A 28-foot spiral “Solstice Tree,” adorned with a multitude of bells, gongs, and chimes symbolizing the diversity of the life family, becomes a part of the music; a huge Earth-globe travels through the Nave and rises over the center-stage; and a giant sun gong ascends, with its player, to the 100-foot vault of the Cathedral at the symbolic moment of the return of the sun. 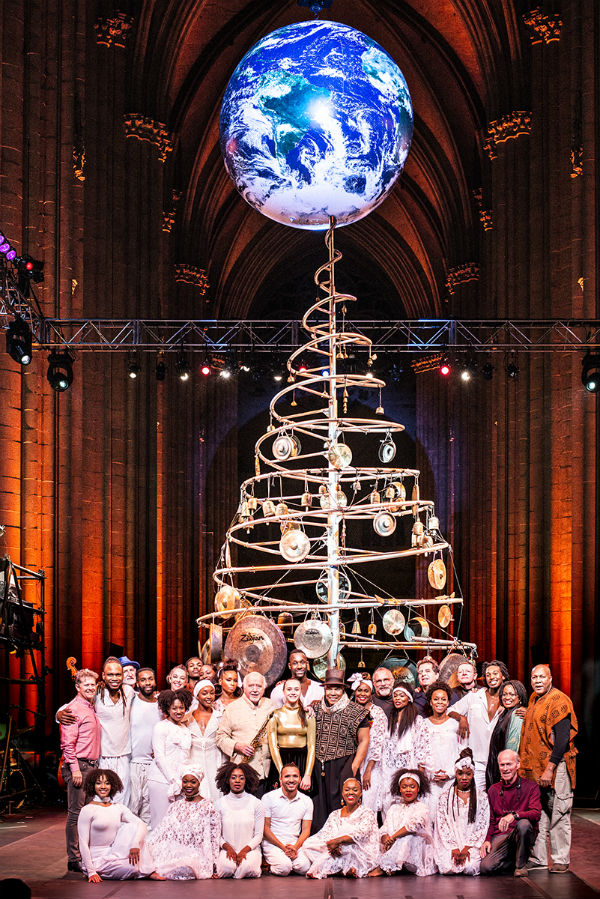 This is the first time in seven years that the Saturday night concert will take place on the actual night of the winter solstice. Winter and his colleagues will be pulling out all the stops this December to celebrate this double anniversary of the Consort and the group’s solstice event.

(There is Love).” Gospel singer Theresa Thomason, a beloved favorite of past Winter Solstice Celebrations, will be featured, and the 10-member Paul Winter Consort will be joined once again by the 25 dancers and drummers of the Forces of Nature Dance Theatre.

“Of all the places I’ve played in the world,” Paul Winter says, “only two have the titanic acoustics appropriate for this cosmic celebration: the Cathedral and the Grand Canyon.”

Paul Winter and his ensemble have played concerts in 52 countries and made recordings in wilderness habitats of six continents into which Winter has traveled on rafts, mules, dog sleds, horses, kayaks, sailboats, steamers, tugboats, and Land Rovers. He has produced 51 albums, seven of which have been honored with Grammy Awards.