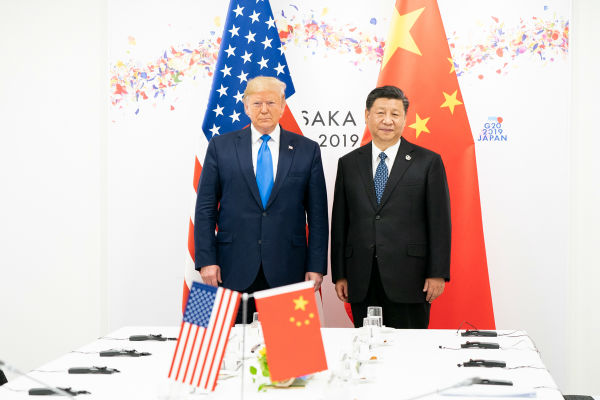 It looks like the Phase One trade deal between the U.S. and China — a small, first step in ending the trade war — will soon be signed in Washington.

The Chinese government reported Monday morning that the country’s vice premier had been invited to Washington to sign the agreement. President Trump confirmed the report in a tweet, saying the agreement will be signed on January 15.

On Monday, White House trade advisor Peter Navarro told Fox News that he believed the signing would take place “in the near future.” But Navarro couched his comments by telling his interviewer to “never believe anonymous sources” and to get the information from President Trump. That information came shortly afterwards.

“I will be signing our very large and comprehensive Phase One Trade Deal with China on January 15,” Trump wrote. “The ceremony will take place at the White House. High level representatives of China will be present. At a later date I will be going to Beijing where talks will begin on Phase Two!”

No one really knows what’s in the agreement. Specifics have been hard to come by, and neither the U.S. nor China has released a text. While the agreement has been presented as a first step toward resolving larger issues, it reportedly does contain language dealing with U.S. intellectual property rights.

Navarro called that a “good start” on forced technology transfers, which have been a sore point among U.S. technology companies doing business in China. The initial agreement was worked out in mid-December, but both sides were vague on its details.

It was reported that China would nearly double its imports from the U.S., and President Trump canceled the latest round of tariffs on Chinese goods, which were scheduled to take effect within days.

On CBS’ Face The Nation, Lighthizer said China has agreed to significantly ramp up its U.S. imports, which should please manufacturers and farmers.

“Keep in mind, by the second year, we will just about double exports of goods to China, if this agreement is in place,” Lighthizer said.

U.S. officials in recent days have said nothing to suggest the deal won’t be signed on schedule. Treasury Secretary Steven Mnuchin said the deal is in place, but both countries are giving it a technical review.

Editor’s Note: Our concern is access and other questions regarding these Chinese dollars and trade relationships locally.