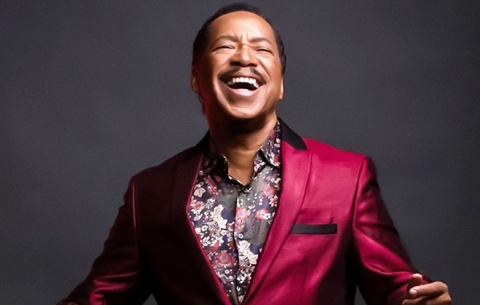 Obba Babatundé‘s expansive career spans over four decades and his uncanny ability to captivate his audiences has made him a memorable presence in film, television and on the stage. For his Once in a Lifetime evening at Dizzy’s Club Coca-Cola he has created a dynamic and surprise-filled program with musical direction by the Apollo Theater in Harlem’s Ray Chew. Join him as he takes us back in time to the great jazz era of nightclub performing reminiscent of the legendary artists of that period backed by an all-star band featuring Patience Higgins, Earl Mcintyre, Tommy Barney, Brian Brake, Winston Bryrd and Keisel Jimenez

A highlight of this special evening, Obba will celebrate the birthday of, and pay tribute to his entertainment mentor, friend, fellow Sagittarius and native born New Yorker -Sammy Davis Jr. In this rare, one-night only show, Obba returns to his hometown to present his unique approach to the music of the great American Songbook. Sharing inside stories about his life and career and joined by some of his legendary friends, he generously relives some of those moments through song, music (and maybe even a little dancing and impersonations).

Obba Reflects on the Importance of Harlem’s Sammy Davis Jr.

“He was the person who was there for me as a child to look at and go, ‘Wow, I have a chance to do something,’ ” He was the one who carved, at the time when it couldn’t be more difficult, a niche which then turned into a road which opened into a valley which became a highway by which entertainers like myself can pass through.” LA Times, March 09, 1991

Out of town? Take a front row seat in front of your device and listen as Obba shares his memories of his friend and mentor Sammy Davis Jr., and pays tribute to the Great American Songbook. Two sets with special surprise guests.