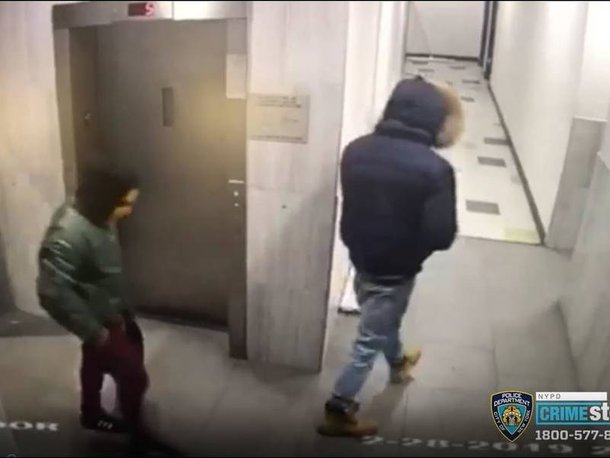 The NYPD is trying to identify two men who lit a fire in a Harlem apartment building by lighting and throwing a Molotov cocktail, police said.

The two men entered a building on Madison Avenue and East 116th Street around 8:50 p.m. on Thursday, police said. Once inside, the men lit a bottle containing flammable liquid and threw it near the door before fleeing the scene, police said.