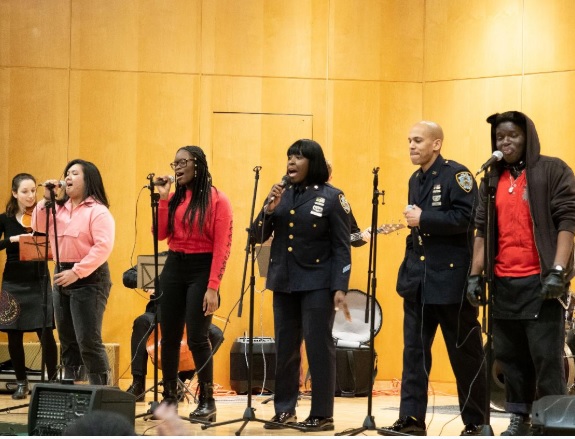 Police officers and youth collaborated on lyrics and melodies and created songs together through a shared experience as artists. Decoda musicians and teachers led a series of Songwriting Workshops in partnership with PAL. The Harlem Concert was followed up with a February performance on stage at Carnegie Hall. 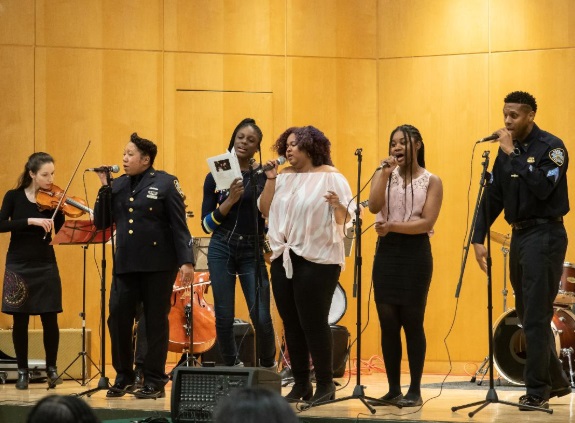 The collaboration began with ideas about life experiences, with the theme of “My Truth: Here and Now,” such as healing, strength, struggle, honesty, loyalty, hate, trust and peace, and achieving your dreams. Original songs were then set to music. During the process of creativity and discovery, both the police officers and young people challenged each other about their stereotypes and day-to-day life experiences.

Groups shared perceptions of what it means to be NYPD police officers and what it means to be young New Yorkers growing up in tough NYC neighborhoods. NYPD Police Officers wrote, “This is our truth, the path that we choose. Protecting and serving in blue.” PAL Teens said, “Examine the truth, consider my youth. I’m not that shallow.” 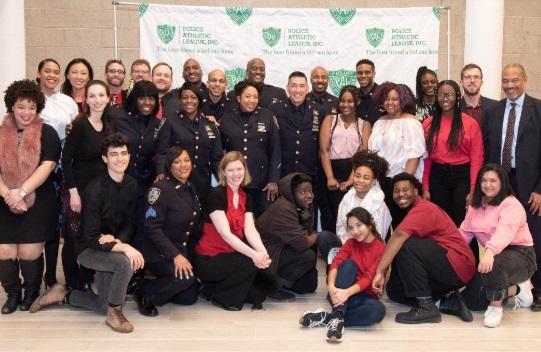 Decoda is a collective of versatile artists dedicated to creating dynamic performances and opportunities for musical discovery through creativity and compassion. Decoda’s pursuits place equal emphasis on artistry and engagement to create meaningful musical experiences around the world through concerts in major international venues and neighborhood projects with vibrant community partners. www.decodamusic.org.

New York City’s Police Athletic League is the first and finest civilian-run PAL in the country. Founded in 1914, PAL has served the city’s young people for over 100 years. PAL provides recreational, educational, cultural and social activities to 30,000 boys and girls annually. It is also the city’s largest, independent, a nonprofit youth organization. For more information, please visit www.palnyc.org.