NYIC Denounces Rep. Stefanik’s History Of Misinformation And Racism That Led To The Murderous Rampage In Buffalo, NY 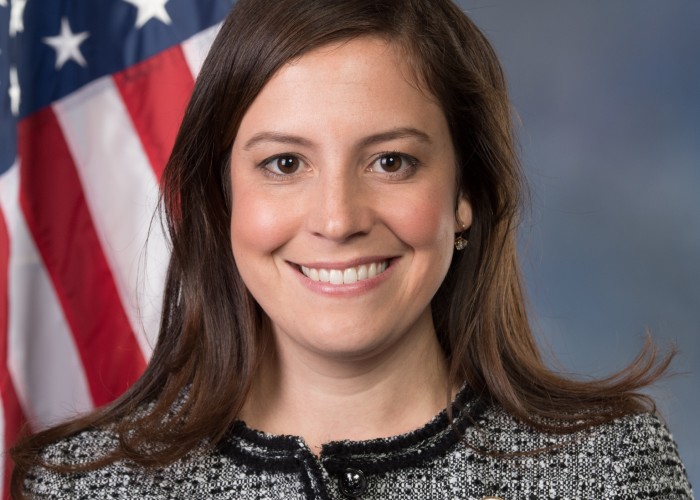 Today, Rep. Elise Stefanik issued a statement on the Buffalo shooting that continued to advance anti-immigrant theories in the aftermath of violence from a self-proclaimed white supremacist.

“Rep. Elise Stefanik has peddled in dangerous misinformation and false facts for far too long for her to suddenly try to absolve herself of any responsibility in the murderous rampage that took nearly a dozen Black lives in Buffalo this weekend. It’s abhorrent that even in the wake of this tragedy she continues to spread lies from the ‘Great Replacement Theory,’ which were also cited by the Buffalo gunman and self-proclaimed white supremacist. Now, she’s looking to undermine New York City’s municipal voting rights law with more falsehoods. In fact, New York City’s Intro 1867, which was passed by the City Council last year, will expand municipal voting rights to lawfully present residents and those with work authorizations. Those are the facts, and in denying the facts, Rep. Stefanik not only foments hate and mistrust of immigrants and people of color, but also endangers their safety. In advancing white supremacist theories and racist anti-immigrant rhetoric, Rep. Stefanik continues to put more New York lives at risk, as this weekend’s mass shooting spree proves. We won’t hold our breath waiting for her to condemn white supremacy or the white supremacist who murdered 10 people, but we will continue to remind her of the facts and continue our fight for Black lives, racial, and immigrant justice.”

Our mission is to unite immigrants, members, and allies so all New Yorkers can thrive.