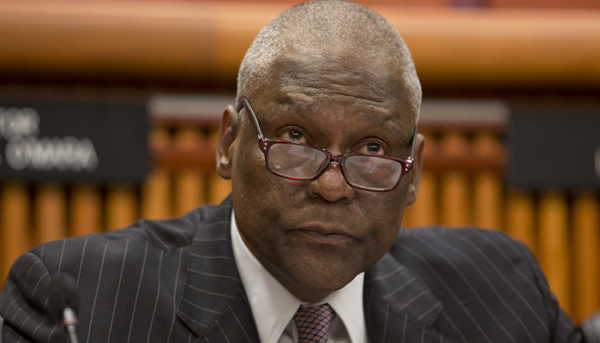 An ex-state assemblyman’s appointment as a consultant with the federal monitor overseeing the New York City Housing Authority has raised concerns among federal housing officials and has been referred to federal prosecutors for review, the Daily News has learned.

What’s giving some people pause is NYCHA monitor Bart Schwartz’s hiring Harlem powerbroker and lobbyist Keith Wright as a consultant and that Wright’s role there could pose a conflict of interest because the lobbying firm he works for represents several entities with business before NYCHA.

The federal Department of Housing and Urban Development contacted the U.S. Attorney’s Office in New York’s Southern District after learning from The News about Wright’s appointment reports our source.

“We’ve had conversations with SDNY on this matter and calls have been made to the monitor,” HUD spokesman Brian Sullivan said. “It’s too early to make any determinations.”

The monitor now overseeing NYCHA was appointed in February after Mayor de Blasio and the federal government hammered out an agreement allowing federal oversight of the beleaguered agency. That deal came after months of stories in The News documenting dangerous conditions, including exposed lead paint, mold, rodent infestations and heat and hot water outages.

Critics contend Wright’s consultant gig creates, at the very least, the appearance of a conflict of interest because the lobbying firm that employs him — Davidoff, Hutcher & Citron — has several clients that do business with NYCHA.

Those clients include construction firms Tutor Perini, the Lanmark Group and the tech giant Oracle. As recently as August, the firm’s state lobbyist disclosure filing showed Wright was registered as lobbying for the Master Plumbers Council of the City of New York.

Plumbers working for NYCHA pull down massive salaries. Of the 100 city workers who collected at least $100,000 in overtime in 2019, plumbers made up a total of 23%, data released by the Empire Center last month showed.

Ken Sherrill, a professor emeritus of political science at Hunter College, questioned why Schwartz would hire Wright, given the dual roles the ex-lawmaker holds.

“This is the kind of thing that’s very troubling,” he told The News. “Wright should not have been offered the position as a consultant to the federal monitor while he was working at a lobbying firm.”

Sherrill acknowledged that as the state Assembly’s former Housing Committee chairman, Wright could certainly be an asset to Schwartz — but only if he severed ties from the Davidoff firm.

“He would be a wonderful choice if he did not have a job with Sid Davidoff,” he said, adding that it “does smell of a conflict of interest.”

When asked about the potential conflicts that could arise given Wright’s role as a lobbyist, Montieth Illingworth, a spokesman for Schwartz declined to comment.

A spokesman for the U.S. Attorney’s Office declined to comment.