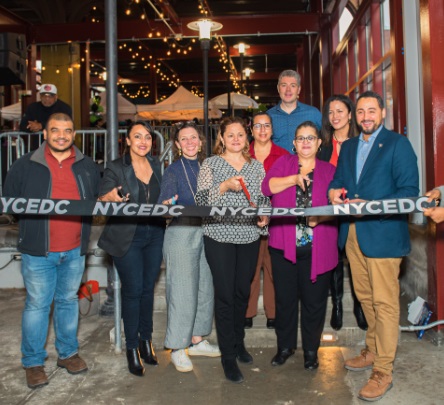 The newly renovated La Placita, which is home to events such as Salsa Saturdays, La Marqueta de Ambulante, and film screening series for kids, features a retractable stage, additional seating, updated lighting and sound capabilities, new concession and exhibition spaces, and updated restroom facilities. The project was made possible with support from former City Council Speaker Melissa Mark-Viverito – who provided $5M in funding for the renovation – and Council Member Diana Ayala. Aaris Design served as the lead architect for the project and Hunter Roberts was the lead contractor assigned to the redesign. 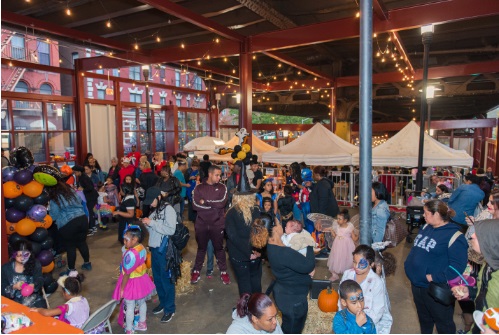 “La Placita is a beloved community space that is so culturally important for the East Harlem community, and we are proud to have made upgrades to ensure space meets the needs of the residents who gather there,” said NYCEDC Chief Operating Officer Rachel Loeb. “We thank Council Member Ayala and former Speaker Melissa Mark-Viverito for their continued partnership and advocacy for La Marqueta, and look forward to many more La Placita events to come!”

“La Placita is a vital destination in East Harlem, as it provides our neighborhood with a public space to socialize and celebrate our community – whether through Salsa Saturdays, film screenings, or exhibits,” said Council Member Diana Ayala. “Today’s reopening is another step forward in the revitalization of La Marqueta, which is an investment our community has long yearned for. I thank my predecessor, former Speaker Melissa Mark-Viverito, as well as EDC and their partners, for providing the resources to transform this beloved space.”

“It has been an honor to serve as the design team for one of New York City’s most precious gems,” said Nicole Hollant-Denis, Aaris Design Studios President. “Our design celebrates the site’s rich diverse cultural history while creating cleaner site lines. Adding greenery and environmentally friendly materials is as important as keeping the cultural elements that make La Placita an intensely unique public space.”

La Placita opened to the community in 2014. Since then it has served as a gathering place for East Harlem residents and community members where they have come together to enjoy music, dancing, cultural events, and more.

New York City Economic Development Corporation is a mission-driven, non-profit organization that creates shared prosperity across New York City by strengthening neighborhoods and growing good jobs. NYCEDC works with and for communities to provide them with the resources they need to thrive, and invests in projects that increase sustainability, support job growth, develop talent, and spark innovation to strengthen the City’s competitive advantage. To learn more about our work and initiatives, please visit us on Facebook, Twitter, or Instagram.