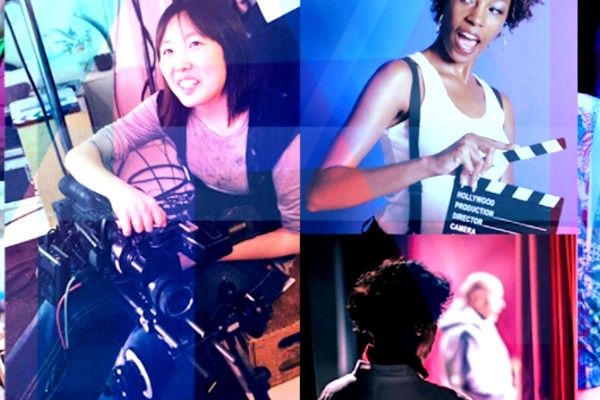 The Mayor’s Office of Media and Entertainment and the New York Foundation for the Arts announced today that applications are open for the third round of grants as part of The NYC Women’s Fund for Media, Music, and Theatre. Qualified applicants can apply for finishing grants through November 1, 2021, at www.nyfa.org/nycwomensfund.

The $5.5 million grant program, launched in 2018, has awarded $3.5 million to 157 film, theatre, and music projects to date, with NYFA acting as the grant administrator.

The NYC Women’s Fund is a signature initiative launched to address the underrepresentation of all who identify as women in the entertainment industry.

The fund has opened doors of opportunity for many female and female-identified creatives, employed over 300 artists to date, and served as a model for how local government can promote creative projects by, for, or about women.

Recent successes for program participants demonstrate the appetite for entertainment projects with a strong female voice.

In addition, eight theatre projects pivoted during the shutdown and premiered to audiences online or with hybrid online performances, while funded musical artists have released seven albums and four music videos.

“Since its creation, the NYC Women’s Fund has fostered the completion of more than a hundred projects by, for or about women, and provided enhanced visibility for female-identified creatives in film, digital media, music and theatre,” said the Commissioner of the Mayor’s Office of Media and Entertainment, Anne del Castillo. “By supporting these works, we are helping to create a more robust canon of creative work that represents the rich diversity of American culture.”

“We are excited to offer this third cycle of the NYC Women’s Fund in partnership with the Mayor’s Office of Media and Entertainment, recognizing how significantly the creative community contributes to the vibrancy of this great city,” said Michael L. Royce, Executive Director, NYFA. “We look forward to supporting and celebrating the perspectives of all who identify as women through this program, helping them to realize dynamic works that speak to the human experience.”

A series of online informational sessions will be available to all those interested in applying at www.nyfa.org/nycwomensfund:

The film, theatre, music, and web productions are eligible for finishing funds in the following categories (amounts listed are the maximum potential grant):

Eligible projects for music grants will include new EPs, albums, and videos for yet-to-be-released works from all genres. Projects must have a significant female writing credit, producer credit, engineering credit, and/or musical lead.

NYC-based producers, composers, engineers, solo musicians, ensemble bands, and orchestras that are not currently signed to a major label can apply. Applicants must also show evidence of a growing fan base and have played multiple live shows.

All recipients must be NYC residents. Anyone can apply and be awarded a grant regardless of actual or perceived sex, gender, gender identity or gender expression, sexual orientation, age, religion, creed, partnership status, marital status, disability, race, color, national origin, alienage, citizenship status, military status, or any other class protected by City, State, or Federal law.

Applications and eligibility requirements are available at www.nyfa.org/nycwomensfund. To sign up for updates on the Fund, please visit MOME’s website.

You can use hashtag #NYCWomensFund to participate in the conversation.

New York Foundation for the Arts (NYFA) was established in 1971 to empower artists at critical stages in their creative lives.

Today, NYFA’s programs and services are far-reaching and are rooted in a wealth of physical and online resources.

Each year, NYFA awards $650,000 in cash grants to individual visual, performing, and literary artists based in New York State.

NYFA’s Fiscal Sponsorship program, one of the oldest and most reputable in the country, helps national artists and arts organizations raise and manage an average of $4 million annually.

NYFA’s website, NYFA.org, is used by more than 1 million people and features more than 20,000 opportunities and resources available to artists in all disciplines.

In 2019, the creative industries account for more than 500,000 local jobs and have an economic impact of $150 billion annually.