NYC Preps For Hurricane Florence From Harlem To Hollis 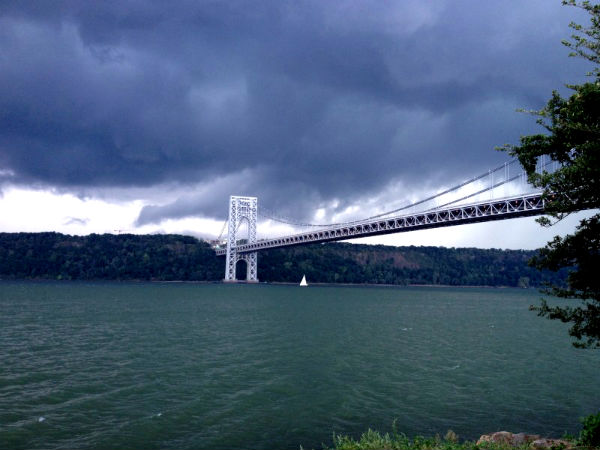 A flood advisory went into effect Monday as the remnants of Tropical Storm Gordon batter New York City – and what could be a major hurricane prepares to hit further down the east coast.

The National Weather Service said coastal flooding could send a foot of water into low lying areas of Manhattan, including sections of the FDR Drive. The advisory is in effect between 7 p.m. and 10 p.m. 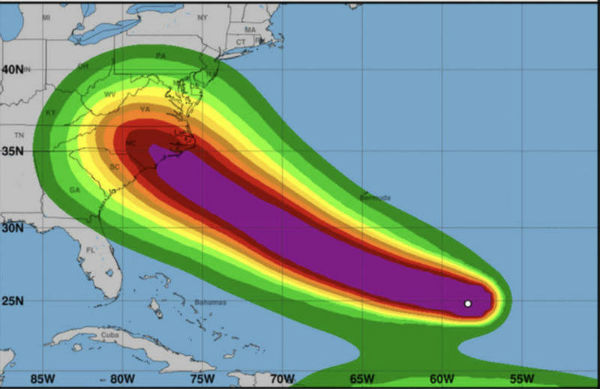 “Some roads and low-lying property, including parking lots, parks, lawns and homes/businesses with basements near the waterfront, will experience shallow flooding,” the advisory said.

“Heavy rain during the times of high tide will exacerbate urban and poor drainage flooding.”

Gordon hit the Mississippi shore on Sept. 4 and has been moving across the country since.

As that storm system moves offshore, forecasters are warning that Hurricane Florence is set to hit around North and South Carolina and Virginia towards the end of this week.

The hurricane is currently a Category 3 with 115 mph winds. Emergency preparations are underway in areas expected to be affected.

New York City is likely to be hit by high surf and riptides, though is expected to avoid the brunt of the storm.

Here’s the detailed forecast, courtesy of the National Weather Service:

Monday
Rain. High near 68. Breezy, with an east wind 17 to 21 mph. Chance of precipitation is 90%. New precipitation amounts between a quarter and half of an inch possible.

Monday Night
Showers and possibly a thunderstorm. Some of the storms could produce heavy rain. Patchy fog after midnight. Temperature rising to around 69 by 5am. East wind 7 to 13 mph, with gusts as high as 23 mph. Chance of precipitation is 80%. New rainfall amounts between a quarter and half of an inch possible.

Tuesday
A 50 percent chance of showers and thunderstorms. Some of the storms could produce heavy rain. Patchy fog before 9am. Otherwise, mostly cloudy, with a high near 82. South wind around 9 mph.

Tuesday Night
A 40 percent chance of showers and thunderstorms. Mostly cloudy, with a low around 71. South wind around 5 mph becoming light and variable in the evening.

Wednesday
A 40 percent chance of showers and thunderstorms. Mostly cloudy, with a high near 83. Northeast wind 5 to 8 mph.

Wednesday Night
A 30 percent chance of showers and thunderstorms. Mostly cloudy, with a low around 72.

Thursday
Mostly cloudy, with a high near 81.

Thursday Night
Mostly cloudy, with a low around 72.

Friday
Partly sunny, with a high near 81.

Friday Night
Mostly cloudy, with a low around 70.