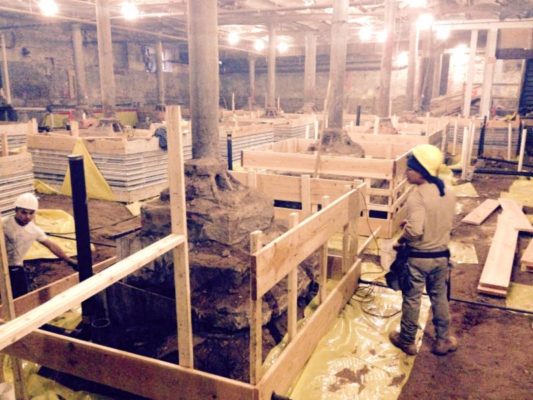 Today theStand for Tenant Safety Coalition issued a report card on 12 tenant safety measures which became law in 2017, describing the City’s performance as “lackluster.” A third of the 2017 laws received a grade of “D” or “F” for poor implementation; while only four received “A” and “B” ratings.

Stand for Tenant Safety (STS) is a citywide coalition of grassroots tenant organizations and legal services groups fighting to protect the lives and homes of New York City tenants, and to prevent landlords from using the construction as harassment.

In 2017, Mayor de Blasio signed into law a package of bills aimed specifically at ending construction as a form of harassment, where a landlord uses unsafe and disruptive construction to force tenants from their homes. Construction as harassment is an ongoing and well-documented problem on the Upper West Side and throughout New York City.

Collectively, the legislation was intended to reform the Department of Buildings and change its bureaucratic processes to put tenant safety first.

Today, tenants and advocates gathered on the steps of City Hall to protest what they described as the “slow and fumbled implementation” of the 2017 laws.

Among the bills signed into law in 2017 was Council Member Helen Rosenthal‘s LL 161, which created an Office of the Tenant Advocate within the Department of Buildings. This office is supposed to provide a voice for tenants inside the agency, and is considered by advocates to be “integral to the enforcement of the STS package as a whole.”

The Office of the Tenant Advocate is responsible for monitoring Tenant Protection Plans and responding to complaints and questions from tenants about construction issues. However, because of a lack of resources and staffing allocated by the DOB, the office has — as of yet — been unable to fulfill its mandate and received a grade of “C” from the STS.

“I applaud the Stand for Tenant Safety Coalition for their steadfast commitment to improving the culture at the Department of Buildings,” said Council Member Rosenthal. “The STS legislation passed in 2017 is essential to protecting tenants impacted by construction, and this report card reflects the serious work that remains to be done.”

“The Office of the Tenant Advocate is critical to the success of the STS package of bills,” Council Member Rosenthal continued. “We are incredibly grateful for the work and commitment of OTA Director Byron Munoz, but the OTA needs and deserves a major increase in resources and staffing. Construction as harassment is widespread in New York City, and the DOB must take the lead in protecting tenants against predatory landlords.”

The City received the lowest grades from STS for what they reported as the Department of Finance’s failure to begin implementation of tax lien measures against landlords who repeatedly violated the law. A “D” was issued to the Department of Buildings for not fully implementing the “Safe Construction Bill of Rights” requirement under LL No. 159. The DOB also received a “C” for its “slow ramp-up” of a “Real Time Enforcement Unit,” which would allow tenants to quickly obtain an inspection when faced with immediately hazardous conditions.