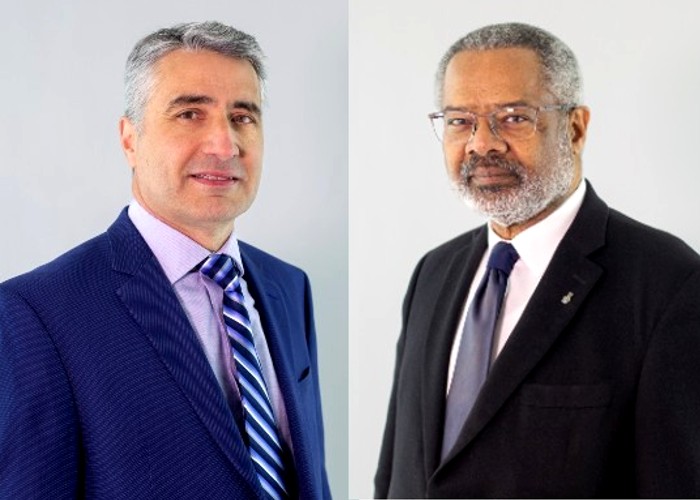 “Eric Macfarlane and Salvatore Cali Jr. are both highly respected by New York’s construction industry and are experts at managing City government and our complicated regulatory environment,” said DDC Commissioner Thomas Foley. “They are also both highly committed to clearing away red tape, constantly innovating and making sure DDC can operate at peak efficiency, providing world-class public buildings and infrastructure while making best use of taxpayer dollars. I congratulate both of them on their new positions and look forward to working with them even more closely.”

First Deputy Commissioner Macfarlane, who has been with the agency since 1996, was previously Deputy Commissioner for Infrastructure, where he was responsible for thousands of critical projects and helped implement important process improvements such as Joint Bidding.

He is a New York State licensed Professional Engineer, a Member of the American Society of Civil Engineers (ASCE), and a member of the National Academy of Construction (NAC).

In his new role, First Deputy Commissioner Macfarlane will have a high level of responsibility for the formulation of agency policy affecting all executive, managerial, professional, technical, and support staff.

He will work closely with senior staff across all DDC divisions as the agency continues to implement policies and procedures consistent with the goals expressed in our Strategic Blueprint for Construction Excellence.

The Blueprint was introduced in 2019 under former DDC Commissioner Lorraine Grillo, who is now New York City’s First Deputy Mayor.

Deputy Commissioner for Public Buildings Salvatore Cali Jr. served with DDC in the 1990s and then rejoined DDC in October 2001 in time to work on the Flight 587 Memorial in Queens.

Over the years he’s managed projects at zoos, clinics, and major league baseball stadiums, City Hall, in private homes as part of the Build it Back program, and during the pandemic as part of the teams that built COVID-related facilities in record time.

As the head of DDC’s Public Buildings Division, Deputy Commissioner Cali will be responsible for all of the activities of the Division and will oversee 280 active projects valued at more than $5 billion and 333 staff.

He will also establish short and long-term plans, set goals and objectives for more than 25 City agencies that DDC builds for, and provide executive leadership on divisional initiatives including implementation of new programs.

Cali holds a Bachelor of Mechanical Engineering from PRATT Institute.

Both appointments are effective immediately.

The Department of Design and Construction is the City’s primary capital construction project manager.

To manage this $15.5 billion portfolio, DDC partners with other City agencies, architects, and consultants, whose experience brings efficient, innovative, and environmentally conscious design and construction strategies to City projects.