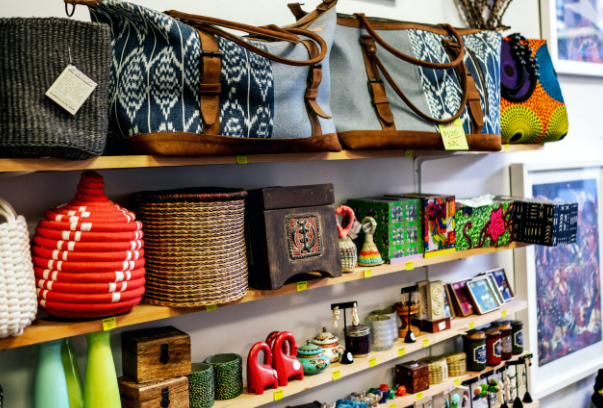 As Black History Month kicks off, NYC & Company, the official destination marketing organization and convention and visitors bureau for the five boroughs of New York City.

Today was the launch of a new centralized resource for locals and visitors, The Black Experience in NYC, available at nycgo.com/TheBlackExperience.

With new neighborhood guides, videos, interviews, articles, roundups of Black-owned businesses and more to be added over time, this evergreen content hub is dedicated to celebrating the diversity and nuances within New York City’s Black community and all that makes it unique in the world.

Timely events and celebrations will also be highlighted, including dynamic cultural programming, which is being offered both virtually and in-person this Black History Month and beyond.

NYC & Company has collated 21 Ways to Celebrate Black History Month in 2021 in NYC, below.

“As Black History Month kicks off this week, we are excited to launch this all-new permanent resource celebrating Black culture and the Black travel experience in New York City.

NYC & Company is committed to doing even more to lift up the City’s vibrant and diverse Black community all year long, showcasing the many authentic experiences the five boroughs offer,” said Fred Dixon, President and CEO of NYC & Company.

With the largest Black population of any city in the United States, Black culture is integral to New York City’s identity – from its world-renowned music and style, celebrated food scene, the visual and performing arts, local businesses, and more.

The City is the most visited urban destination in the U.S. by Black travelers, accounting for almost one in five visitors to the five boroughs*.

The Black Experience in NYC

As part of today’s launch, NYC & Company unveiled a dynamic new video celebrating the vibrancy and cultural nuances of New York City’s Black community, which enrich the City’s diversity and provide an experience like none other in the world.

Additional highlights include select All In NYC: Portraits videos, which tell the stories of small-business owners and community leaders across the five boroughs including historic Neir’s Tavern owner Loycent Gordon, Bronx bookstore The Lit. Bar’s Noëlle Santos and Shelley Worrell of Caribbeing, and the Little Caribbean, and others.

The Black Experience in NYC also spotlights Black History and Culture Sites in the five boroughs and ways to support the City’s Black community including Black-Owned Restaurants and Black-Owned Shops, among other resources.

New content and information will be added on a regular, ongoing basis at nycgo.com/TheBlackExperience.

21 Ways to Celebrate Black History Month in 2021 in NYC

NYC & Company has highlighted 21 ways to celebrate Black History Month in 2021 in New York City, below:

1. NYC Restaurant Week® To Go has officially been extended until February 28. New Yorkers can order takeout/delivery meals for $20.21 at more than 570 eateries, including this collection of almost 40 Black-owned restaurants that are participating in the program.

2. The prestigious Alvin Ailey American Dance Theater is sharing videos of previous on-stage performances with Ailey All Access, including a current spotlight on Wayne McGregor’s Chroma, Ronald K. Brown’s Grace, Robert Battle’s Takademe and Alvin Ailey’s Revelations, all performed at Lincoln Center. Additionally, as part of Ailey Extension, students can explore a range of dance techniques from across the African diaspora with workshops and classes throughout the month of February.

3. The Bronx Museum of the Arts has extended its Sanford Biggers: Codeswitch exhibit through April 5, featuring more than 50 quilt-based works by the New York-based artist, whose work weaves together contemporary art with African American history and traditions.

4. On February 19 CUNY’s Center for Black Literature (CBL) will offer a free, online panel discussion about We Are Worth Fighting For: A History of the Howard University Student Protest of 1989, featuring Dr. Joshua Myers of Howard University; Mayor Ras J. Baraka of Newark, NJ; April R. Silver of Akila Worksongs; and writer asha bandele.

5. Downtown Alliance is partnering with Black Gotham Experience Founder Kamau Ware on a new written series about the African diaspora in New York, and Lower Manhattan’s role within those stories. Ware’s first piece focuses on the Slave Market at Pearl Street and Wall Street. 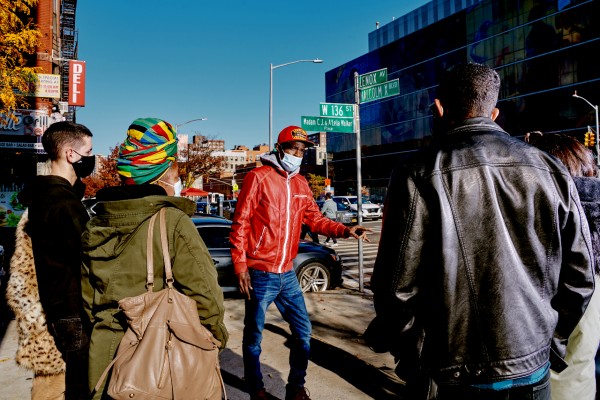 8.  Inside Out Tours is offering both in-person and virtual versions of the Lower Manhattan NYC Slavery & the Underground Railroad Walking Tour, which explores New York City’s colonial roots, including the site of the City’s first slave market, a former stop on the Underground Railroad, the African Burial Ground Memorial, and more.

10.  Leslie-Lohman Museum of Art, the only dedicated LGBTQ art museum in the world, is reopening its doors this Saturday, February 6. Those looking to experience the museum from home this month can stream the new Rashaad Newsome: Black Magic performance film, which celebrates the resiliency and strength of the Black Queer community.

11. Louis Armstrong House Museum will present The Real Ambassadors in Concert on February 9. The free, online concert will celebrate the 60-year-old album by Dave and Iola Brubeck, which features a jazz musical written in Louis Armstrong’s honor.

13. This month, Brooklyn’s Museum of Food and Drink (MOFAD) is presenting six online programs celebrating the contributions of African American chefs, distillers, activists and more. The series highlights themes from the museum’s upcoming African/American: Making the Nation’s Table exhibition, which has been delayed since March 2020.

14.  Reconstructions: Architecture and Blackness in America
debuts at the Museum of Modern Art (MoMA) on February 20, exploring how architecture, Blackness and anti-Black racism intersect, with 10 newly commissioned pieces on display for the first time. The exhibit is on display through May 31.

15.  From February 17 through June 6, the New Museum is presenting Grief and Grievance: Art and Mourning in America. With works by 37 artists across video, painting, sculpture, photography and more, the exhibition addresses the concept of mourning, commemoration and loss in response to the racist violence that Black communities across the nation experience.

16. The virtual 28th edition of the New York African Film Festival runs today through February 14 at Film at Lincoln Center and from February 18 through March 4 at the Maysles Documentary Center, spotlighting 10 feature films and 21 short films from Africa, Europe, North America, and South America.

17. From February 15 to 19, Queens Botanical Garden will present Celebrating Black Botanists: Midwinter Break Family Virtual Series online, celebrating historical Black botanists and scientists with demonstrations of their discoveries, suggested at-home activities, and an introduction to BIPOC-led organizations that are carrying on the legacies of their work.

18.  The Shed is debuting a new film and self-guided audio tour by Kamau Ware (Black Gotham Experience) titled Fighting Dark, exploring Manhattan and Brooklyn’s history of racial violence and resilience in the 19th century, including the July 1863 race riots.

19. In conjunction with its Women of the Nation Arise! the exhibit, the Staten Island Museum will present an online discussion, Drusilla Poole and Local Suffragists in Their Own Words, on February 18. The session will highlight the work of local suffragists including Drusilla Poole, whose organization, the Women’s Civic and Political Union, encouraged Black women on Staten Island to vote and learn about politics.

21. This Saturday, February 6, The Studio Museum in Harlem is offering a Visual Storytelling Workshop as part of its Memories for the Future workshop series. Led by teaching artists and visual storytellers Jazmin Jones and Jeannette Rodríguez-Píneda, the workshop will teach participants to use visual storytelling skills in creating a personal short film.

For more information about all there is to see and do in New York City, visit nycgo.com.

For more virtual activities, visitors can check out the Black History Month collection at nycgo.com/virtualnyc.

NYC & Company is the official destination marketing organization and convention and visitors bureau for the City of New York, dedicated to maximizing travel and tourism opportunities throughout the five boroughs, building economic prosperity, and spreading the positive image of New York City worldwide.