NYC & Company Launches Latino Experience And Partnership With In The Heights 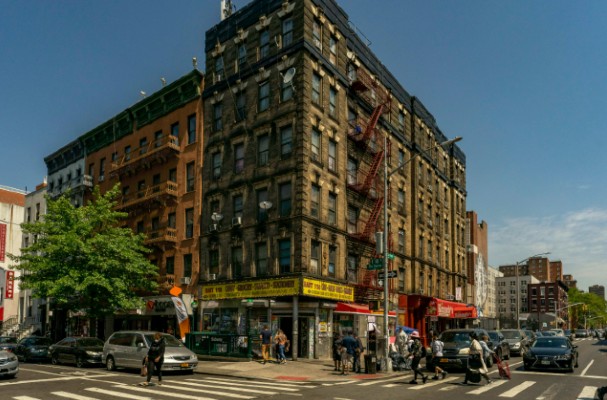 NYC & Company, the official destination marketing organization and convention, and visitors bureau for the five boroughs of New York City, today joined with Warner Bros. Pictures to announce a new partnership to promote the release of motion picture In The Heights, in theaters and on HBO Max June 10; It will be available on HBO Max for 31 days from release.

In the movie, In The Heights creator Lin-Manuel Miranda and the film’s director, Jon M. Chu, highlight the vibrant northern Manhattan neighborhood of Washington Heights and spotlight the City’s immersive Latino culture.

As in the Tony-winning stage musical, the story highlights the tight-knit community of Washington Heights, including likeable, magnetic bodega owner Usnavi, who imagines and sings about a different life.

The new collaboration between NYC & Company and Warner Bros. includes an all-new content package celebrating In The Heights and its authentic celebration of NYC’s Latino culture and heritage; a dozen exclusive interviews featuring the film’s cast and creative team; a new travel guide showcasing Manhattan’s Washington Heights where the film was set and shot; behind-the-scenes photography of the film; and other promotional content and video, all available on NYCgo.com—the official tourism resource for New York City.

“The new In The Heights film gives us a unique opportunity to authentically showcase the rich and diverse Latino communities and heritage found right here in New York City. With Washington Heights as the dynamic backdrop of the film, it’s only natural that we promote this vibrant neighborhood. We applaud Warner Bros. Pictures on this new film release and look forward to promoting this beautiful ‘love letter’ to New York City, while inviting travelers to experience all of our city’s unique Latino cultures,” said NYC & Company President and CEO Fred Dixon.

In addition to the In The Heights content featuring Washington Heights, NYC & Company is also spotlighting businesses and visitor experiences in other neighborhoods of the City, including Manhattan’s East Harlem neighborhood and Brooklyn’s Bushwick neighborhood, as well as new Culture Guides promoting Uruguayan and Peruvian culture in NYC, with itineraries in Ridgewood, Sunset Park and Corona, and a guide to Mexican culture to follow.

The new The Latino Experience in NYC content hub is also home to All In NYC: Portraits videos, which tell the stories of Latino small-business owners and community leaders across the five boroughs, including The Lit.Bar’s Noëlle Santos and The Bronx Beer Hall’s Anthony and Paul Ramirez.

The hub also features content including “Summer in the Bronx: An NYC Love Story,” “Where to See Latin-American Art in NYC Museums,” “Latin-American History and Culture Sites in NYC,” “10 of NYC’s Best Latin-American Restaurants,” and more to be added on a regular, ongoing basis at nycgo.com/TheLatinoExperience.

“We are so pleased to partner with Warner Bros. Pictures on the release of In The Heights. This innovative partnership is a fantastic way for us to promote this vibrant new film while also showcasing the beauty and appeal of Washington Heights. We applaud the filmmakers and thank them for helping us amplify our city’s Latino culture so authentically. We are also very excited to magnify the diverse and rich Latino heritage of our city through the launch of our new The Latino Experience in NYC on NYCgo.com,” said NYC & Company Chief Marketing Officer Nancy Mammana.

Visitors coming to NYC are encouraged to visit NYCgo.com’s information and resources page for the most up-to-date travel information: nycgo.com/coronavirus.

For more information about all there is to see and do in NYC, visit nycgo.com.

NYC & Company is the official destination marketing organization and convention and visitors bureau for the City of New York, dedicated to maximizing travel and tourism opportunities throughout the five boroughs, building economic prosperity and spreading the positive image of New York City worldwide. For all there is to do and see in New York City, visit nycgo.com.

NYC & Company is granting you permission for press use only. Any use of the provided Media Assets, in whole or in part, other than for PRESS purposes, is prohibited (including, but not limited to, copying, distribution or sale of these Media Assets). Please note that the Media Assets must not be used for commercial purposes or rebranded in any way without explicit permission from NYC & Company. NYC & Company is providing this to you without any representations as to rights and clearances with regard to third-party rights.