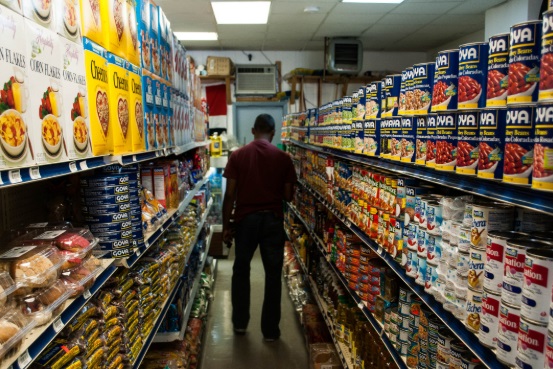 The city is shutting down a food stamp distribution center in Harlem this month — the third closure citywide since September — causing worry among those most likely to feel the pain.

The latest downsizing is set to take place on June 28 at the St. Nicholas SNAP Center on 125th St. and St. Nicholas Ave. It’s expected to come within a year of two closures in Brooklyn.

“We travel far enough to get here as it is, and then there’s the wait,” said Carla Alvarez, 32, who was at the St. Nicholas facility with her two children Tuesday. “This is no good.”

Alvarez and others like her will soon have to go to an office in East Harlem, according to a notice put out by the city and obtained by the Daily News. The East End center is located on Third Avenue and 126th St., about a mile from the Central Harlem office.

“The relocation of services from Central Harlem to East Harlem will most impact those who are already most vulnerable in the community: seniors, people who experience homelessness, people with minor children and disabled New Yorkers,” said Kiana Davis, a benefits advocate for the Urban Justice Center.

An estimated 1.6 million New Yorkers get food stamps, according to the most recently available city statistics.

Christine Quinn, president of the homeless housing provider Win, criticized the closure, noting there’s a correlation between people remaining on SNAP being less likely to return to homeless shelters.

“All this is going to do is make the homeless crisis worse,” she said.

The city closed down two Brooklyn SNAP centers in September. One was later re-opened at a new location, a city official said.

“We need to phase out this underutilized center to reflect how New Yorkers are accessing their benefits,” said city Social Services Department spokesman Isaac McGinn of the Harlem office. “Eighty-seven percent are choosing to access benefits through the ACCESS HRA app and 97% are conducting SNAP interviews over the phone.”