NYC Census And Elections Information From Harlem To Hollis

Information from the census is provided to states and localities to help decisionmakers create electoral districts of equal numbers, based on the population counts for each district. This helps ensure proper and fair representation for the citizens.

The Municipal Library provides resources on elections and voters. Here are some examples:

The New York City Board of Elections has prepared Annual Reports since 1912. These reports offer results for general elections for New York City offices, state and federal offices that affect New York such as State Senators, members of Congress, and Presidential election results. Statistics on registered voters, voter turnout, and related indicators are presented, too.

Accomplishments and goals of the Board of Elections are also summarized. Please note that from 1970 to 1987, the Board did not publish reports. The latest available in the Library’s holdings is from 2005. Here is an example of an image from the 2002 report: 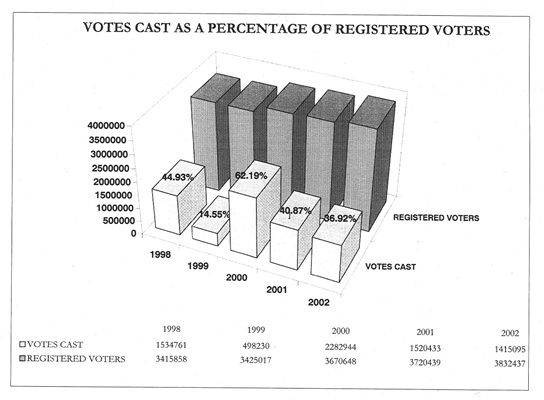 This 2002 report also describes the redistricting process that took place after the 2000 census was concluded. The 2002 election was the first held after the New York State Legislature reapportioned Congressional and District Legislative lines based on the 2000 census counts. The Board of Elections was then responsible for renumbering 5,974 election districts, reassigning poll sites and notifying voters.

Citizens Union, a non-profit, good government organization, publishes the Voters Directory. Usually there are two issues in each election year, one for the primary and one for the general election. The Municipal Library collection includes Directories from 1953 to 2010. Background information on candidates, maps of Senate and Assembly Districts, and related information can be found here. The New York City Campaign Finance Board also prepares Voters Guides for primary and general elections.

Each Guide is organized by borough and includes candidate information, schedule of debates, information for voters, and descriptions of the functions and activities of the Campaign Finance Board. Library holdings date from 2001 to 2015. A variety of different language versions may be available. Please be sure to check our government publications portal for more recent publications from the Campaign Finance Board.

There are two series issued for primary and for general elections each year with individual guides by borough and district as well as a general New York City guide. Each guide includes information on the voting process, voters’ rights, answers to frequently asked questions, and detailed background on candidates and issues.

Here is an image from the 2002 Citizens Union Voters Directory: 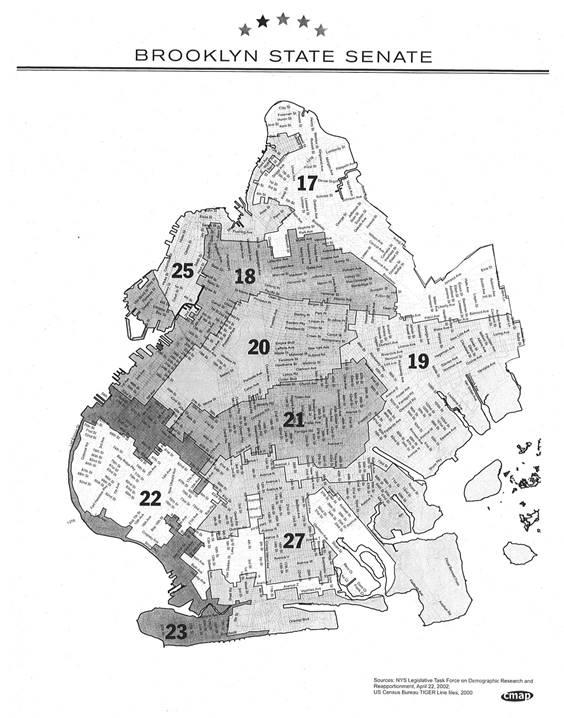