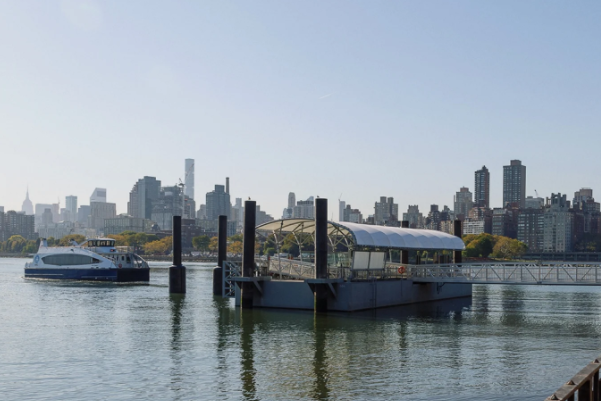 Following a City Council vote, Mayor Bill de Blasio today announced that a major package of zoning rules will now help to protect homes and businesses in New York City’s vast floodplain from climate change.
The package of zoning rules, known as Zoning for Coastal Flood Resiliency (ZCFR), helps buildings better withstand and recover from major disasters and sea-level rise, which could lead to lower insurance costs.
“New York City has an obligation to transform its relationship with water, and these zoning changes will protect New Yorkers from coastal flooding for generations to come,” said Mayor Bill de Blasio. “Climate change will be our city’s greatest long-term challenge, and New York City will do everything it can to keep residents and businesses resilient and prepared for whatever comes next.”
“This set of citywide zoning changes will help make the city’s coastal residents and businesses safer, stronger, and better prepared for extreme weather in the face of climate change,” said Deputy Mayor for Housing and Economic Development Vicki Been. “I applaud the City Council and all stakeholders involved in this multi-year effort for making this plan a reality to create a more resilient New York City.”
“ZCFR is a giant step forward, revamping zoning rules to protect vulnerable neighborhoods from climate change by making rebuilding, recovery, and resilience easier for New Yorkers. Thanks to ZCFR, our shoreline will be stronger and more sustainable for decades to come,” said Department of City Planning Director Marisa Lago.
ZCFR updates improve and make permanent the emergency rules established in the wake of Superstorm Sandy.
These changes will help better protect the tens of thousands of affordable homes, businesses and jobs located in a current and future floodplain, which is home to nearly 800,000 New Yorkers.
Critically, ZCFR also limits the construction of new nursing homes in areas at high risk of flooding and locations that could be difficult to access following a storm.
This change lessens both the health consequences and logistical challenges of evacuating this particularly vulnerable population in an emergency.

This plan is the product of four years of intense community engagement, including more than 200 public meetings hosted by the Department of City Planning.

The City Planning Commission approved the zoning changes this March.

Zoning for Coastal Resiliency rules will:

In addition to ZCFR, changes to further limit flood risk in three neighborhoods as part of DCP’s Resilient Neighborhood Initiative – Gerritsen Beach and Sheepshead Bay in Brooklyn, and Old Howard Beach in Queens – are now active.

These actions address resiliency challenges specific to these areas:

“We have seen the disproportionate impact of natural disasters and this pandemic on vulnerable and minority communities. The Zoning for Coastal Flood Resiliency is how we advance climate and racial justice in New York City. This will add protections for New Yorkers, homes and businesses as we continue to face and adapt to a changing climate,” said Council Member Francisco Moya, Chair of the Subcommittee on Zoning and Franchises.