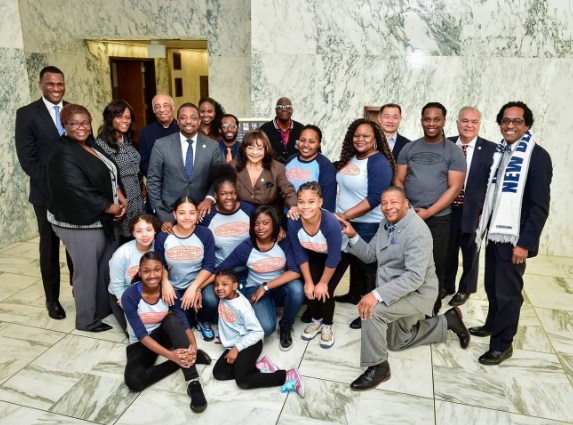 On Monday, March 18, 2019, New Heritage Theatre Group and IMPACT Repertory were recognized by the New York State Assembly in recognition of the theater’s 55th Anniversary.

Later that day Assembly Member Inez Dickens stated: “Special thanks to Voza Rivers and Jamal Joseph on 55 years of excellence and prosperity in the Harlem community through arts & culture for Harlem’s youth! I especially want to thank IMPACT children for an amazing performance here in Albany. We wish them all the best!” 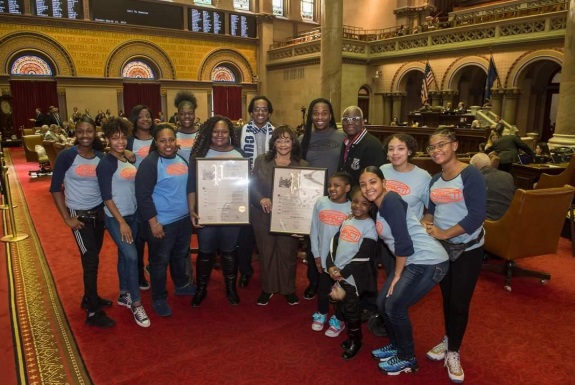 IMPACT Repertory Theatre (IMPACT) was created in 1997 by Jamal Joseph, Joyce Joseph, Voza Rivers, and Alice Arlen, and operates as a major branch of the New Heritage Theater Group IMPACT is an innovative youth performing arts program, which combines training in the creative arts (spoken word, musical theater, dance, poetry, and song-writing) and youth leadership development, through the concept of “art-ivism” — using art and activism to change the world. IMPACT uses art as a vehicle to empower youth from disadvantaged neighborhoods and families with the knowledge, skills, tools, and self-esteem needed to bring about positive personal and social change and is a positive and nurturing alternative to the environments that often make young people vulnerable.

In 1998, IMPACT was nominated for an Oscar and a Grammy for Best Song in the film “August Rush.”