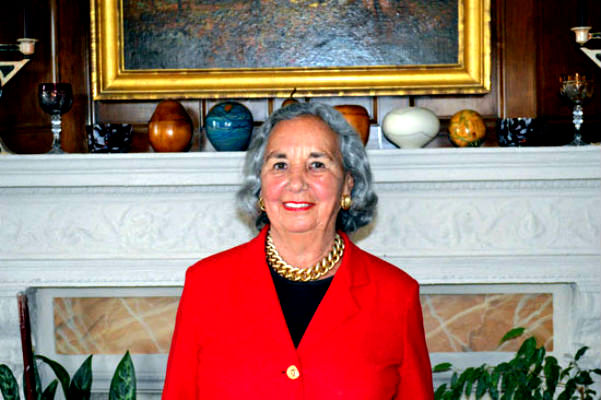 The Landmarks Conservancy’s Living Landmarks celebrations have recognized an incredible number of extraordinary New Yorkers through the years. During the last several months, essential workers in numerous fields have shown spirit and determination in the face of unprecedented challenges. We have a special salute to four of them as Landmark Heroes.

Detective Duhaney put her remarkable energies into ensuring that homebound seniors received food and medicines during the pandemic, which was a natural extension of her longtime service to community members of all ages. Max Acosta distributed food to the community, then passed out masks at subway stations and in parks, helping to protect others. Dr. Rotatori quickly volunteered to treat COVID patients as they filled the medical center, often working round the clock and encouraging younger colleagues to keep fighting.

“Our gala is a lively salute to the City we love and to dedicated New Yorkers who benefit all of us through their efforts,” said Conservancy President Peg Breen. “Join us for a spirited reminder of what a special City we live in.”

Joyce B. Cowin, a longtime dedicated arts and education patron, Joyce was alarmed by the number of workers “snookered” by complicated and misleading financial documents in the run-up to the 2008 financial crisis. She had worked in early childhood education at the Town School before starting her family and was determined to do something.

Additionally, she is a generous supporter and/or trustee of the American Museum of Folk Art, the Metropolitan Museum of Art, the Jewish Board of Family and Children’s Services, the New-York Historical Society which named the Joyce B. Cowin Women’s History Gallery, Council for Economic Education, Youth Counseling League, the Child Development Center, Chamber Music Society of Lincoln Center, Manhattanville College, and the Steicher and Horowitz Foundation, to name but a few.

Joyce was married to the late Daniel Cowin for 39 years. Following his passing, she commissioned a book about his life, An Original Eye: A Portrait of Daniel Cowin, which was published in 2011.

As a respected attorney (Venable LLP), dedicated public official, engaged private citizen, and enthusiastically adopted New Yorker, Gordon J. Davis was the driving force in the restoration of New York’s parks beginning in the 1980s, a principal founder of the Central Park Conservancy, and the creator together with Wynton Marsalis of Jazz at Lincoln Center.

A recipient of the Medal of the City of New York for Exceptional Service, he was a City Planning Commissioner for Mayor John V. Lindsay and Mayor Ed Koch’s first Parks Commissioners, one of the most esteemed in the City’s history.

He has served with distinction for almost four decades on the boards of… the Studio Museum in Harlem, …the New York Public Theater, Dance Theater of Harlem…

He has served with distinction for almost four decades on the boards of the New York Public Library (Life Trustee), the Studio Museum in Harlem, Con Edison, the New York Public Theater, Dance Theater of Harlem, Lincoln Center, and as President Obama’s appointee to the board of the Kennedy Center for the Performing Arts.

As a lawyer Gordon has played significant roles in the rebuilding of the World Trade Center, the development of the USTA’s Billie Jean King National Tennis Center, the restoration of Bryant Park—started when he was Parks Commissioner—and Amtrak’s soon to be completed Moynihan Station. Growing up on Chicago’s South Side, nurtured by parents who were extraordinary and courageous scholars, Gordon developed an enduring love for jazz, public parks, civic involvement, and great American cities.

Ronnie F. Heyman, an attorney, successful corporate executive, and dedicated benefactor has distinguished herself in the worlds of art, business, and philanthropy. She is Chairman of GAF Corporation, the country’s largest manufacturer of residential roofing and commercial building materials. She serves currently as President of the MoMA Board of Trustees.

Alongside her late husband, Samuel J. Heyman, Ronnie has pioneered a number of charitable initiatives including the establishment of the Samuel and Ronnie Heyman Center on Corporate Governance at the Cardozo School of Law, Yeshiva University; the Samuel and Ronnie Heyman Center for Ethics, Public Policy and the Professions, Duke University; The Heyman Fellows programs at Harvard, Yale, and Seton Hall Schools of Law.

In 2001, the Heymans founded PPS, the Partnership for Public Service in Washington, to address the need for reform in government agencies, streamlining the Federal Pairing process and aiding Presidential Transitions. PPS initiated the Service to America Medals (SAMMIES) named in memory of her late husband, the “Academy Awards” of federal service.

Ronnie is a Trustee of both the Norton Museum of Art and the Society of the Four Arts in Palm Beach, and has the honor of being the first recipient of the Evelyn Lauder Humanitarian Award of the Breast Cancer Research Foundation.

Leni F. and Peter W. May

Leni F. and Peter W. May are a veritable “dynamic duo” of corporate and nonprofit leadership. Leni was a New York City elementary school teacher before their two children were born. She currently serves on the Board of Trustees of the Central Park Conservancy and she is a past chair of The Jewish Museum. Peter is president and founding partner of Trian Fund Management, a leading investment management firm. He also serves as the non-executive Vice-Chair of The Wendy’s Co. and as a member of the board of Mondelēz International.

Peter is Board Chairman Emeritus of Mount Sinai…

He held prior executive and/or board positions with Tiffany & Co., Triarc Cos., and Triangle Industries. Peter is Board Chairman Emeritus of Mount Sinai, Co-Chairman of the New York Philharmonic, a director of Lincoln Center for the Performing Arts, a trustee of the New-York Historical Society and a partner of the Partnership for New York City, and was the past Chairman of the UJA Federation’s “Operations Exodus” campaign.

A real estate pioneer and dedicated international preservationist, Elizabeth F. Stribling was elected to the New York Landmarks Conservancy Board in 1998 where she has served on the Executive Committee, Co-chair of the Nominations Committee, and presently serves on its Advisory Council.

She founded Stribling & Associates in 1980 which she sold to Compass, a national brokerage firm, where she now holds the position of Vice-Chairman, New York Development. In addition to the Landmarks Conservancy, she is also dedicated to the French Heritage Society which she currently chairs.

Furthermore, she serves on the board of the American Hospital of Paris Foundation, Board of Governors of the Real Estate Board of New York, and the Advisory Board of the Central Park Conservancy. Many accolades and honors include Woman of Achievement Award, American Cancer Society: Bernard Mendik Lifetime Achievement Award, Real Estate Board of New York; and Commander, L’Ordre National de la Legion d’Honneur. She and her husband, Guy Robinson, live in Brooklyn.

Her daughter, Elizabeth Ann Stribling-Kivlan, was president of Stribling & Associates, the brokerage founded by her mother, prior to joining Compass as Senior Managing Director, Real Estate.

Since its founding, the Conservancy has loaned and granted more than $52 million, which has leveraged more than $1 billion in 1,850 restoration projects throughout New York, revitalizing communities, providing economic stimulus, and supporting local jobs.

The Conservancy has also offered countless hours of pro bono technical advice to building owners, both nonprofit organizations, and individuals. The Conservancy’s work has saved more than a thousand buildings across the City and State, protecting New York’s distinctive architectural heritage for residents and visitors alike today, and for future generations.