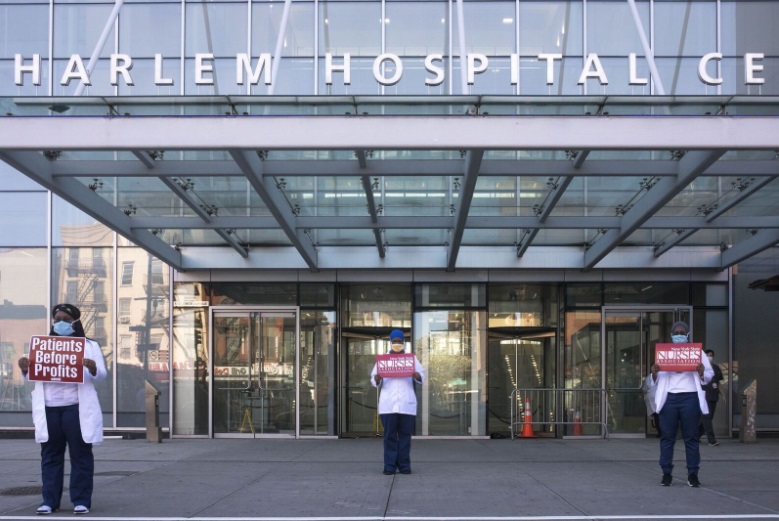 On May 30, 2020, the Board of Directors of the New York State Nurses Association met to discuss the horrific killing of George Floyd by a Minneapolis police officer. They released this statement:

Millions of Americans have watched in horror the video footage of Minneapolis police officers killing George Floyd, an unarmed Black man, while he lay handcuffed on the ground. Police Officer Derek Chauvin, a white man, placed his knee and the full weight of his body on Floyd’s neck for nine minutes, even though Floyd was limp and unresponsive for the last three.

George Floyd’s final words before he died were “I can’t breathe.”

As New Yorkers, we can’t forget that Eric Garner uttered those same words, moments before he was killed by police on Staten Island, nearly six years ago.

As nurses, we mourn for the hundreds of Black men and women killed by the police every year, like Breonna Taylor, an EMT studying to be a nurse in Louisville, Kentucky. Taylor was gunned down in late March after police officers barged in her apartment with a no-knock warrant. Their intended suspect, who lived somewhere else, was already in custody.

NYSNA demands justice for George Floyd, for Breonna Taylor, for Eric Garner, and for all the lives and loved ones stolen by police violence. We demand an end to the racist policing that has forced millions of African Americans, Latinos, and Native Americans to live in fear, for their own lives and the lives of their children.

As a union, we remain committed to dismantling the institutional racism that perpetuates violence against people of color, like the murder of Ahmaud Arbery, a Georgia resident who went out for a jog and was subsequently hunted down and executed by two white men, a former law enforcement officer and his son, after he stopped to explore a new home being built in his neighborhood.

As nurses, we recognize every patient as a human being, in need of care and compassion. And we will continue to channel this empathy and equality as we fight against the bigotry, intolerance, and hate fueling current politics and feeding an armed white supremacist movement that threatens our democracy.

For more information, please visit our website at www.nysna.org.