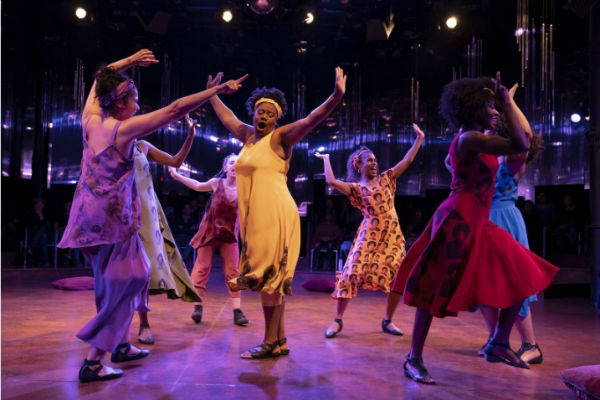 Broadway and other New York City theaters may be shuttered but for colored girls who have considered suicide/when the rainbow is enuf has been open for awards and nominations.

The acknowledgment came on the heels of the production winning Outstanding Revival and Toni-Leslie James tying for the win for Outstanding Costume Design at the 35th Lucille Lortel Awards for Outstanding Achievement Off-Broadway. The show also received a nomination for Best Play Revival from the Off-Broadway Alliance Awards despite the COVID-19 emergency shuttering New York City theaters.

The show, which was choreographed by Camille A. Brown and which closed on December 15, 2019, after 79 sold-out performances, is favored to make the jump to a new, larger venue in the near future. The production was the first time the play had returned to the Public since 1976.

The Public Theater was nominated for Best Revival of a Play for the production by the Drama League, the nation’s oldest theatrical honors in the nation. The League also nominated Okwui Okpokwasili for a Distinguished Performance Award. Winners will be announced via Livestream in June.