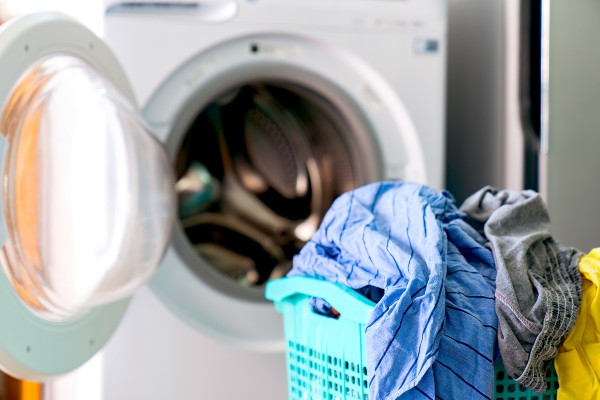 A new study conducted by researchers from Newcastle University found that the setting consumers use on their washing machines could affect the environment.

According to the researchers, microfibers are pulled from clothes during each wash cycle, all of which ultimately end up in the ocean.

The team says that wash cycles that use more water — such as the delicate setting — release more microfibers and are polluting the oceans at a faster rate.

“Previous research has suggested the speed the drum spins at, the number of times it changes spinning direction during a cycle and the length of pauses in the cycle — all known as the machine agitation — is the most important factor in the amount of microfibre released,” said researcher Max Kelly. “But we have shown that even at reduced levels of agitation, microfibre release is still greatest with higher water-volume-to-fabric ratios.”

Choosing the most eco-friendly cycle

The researchers tested different wash cycles to determine which was causing the most amount of microfibers to release. The tests were done on machines that mimicked typical household washing machines.

On traditional household washing machines, consumers should avoid the delicate wash and instead opt for a more standard setting; this was proven to reduce both water use and the amount of microfibers pulled from the clothes.

“Counterintuitively, we discovered that ‘delicate’ cycles release more plastic microfibres into the water, and the environment, than standard cycles,” Kelly said.

Moving forward, the researchers hope that consumers can do their parts and adjust their laundry habits to be the most eco-friendly.

They also hope that manufacturers and clothing companies step up to make these habits easier for consumers and safer for the environment.

“By avoiding high water-volume-to-fabric washes such as the delicate cycles and ensuring full wash loads then we can all do our bit to help reduce the amount of these synthetic fibres being released into the environment,” Kelly said.