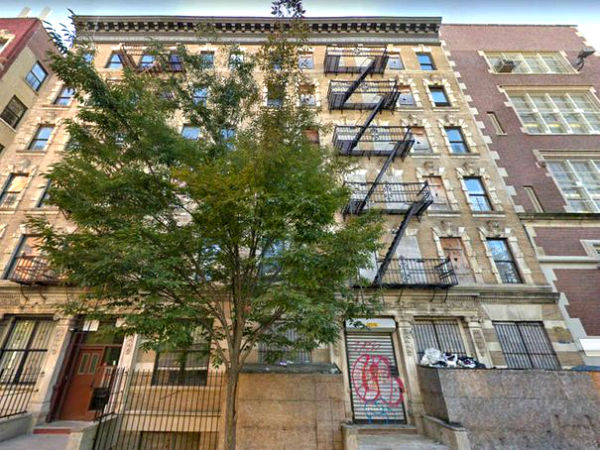 Advocates are suing the city to preserve dreams of home ownership at a Harlem apartment building that has gone unoccupied for 10 years, the Legal Aid Society announced reports Patch.

The legal advocacy group filed a lawsuit in New York Supreme Court on behalf of six tenants of 206 W. 120th St., a six-story building located between St. Nicholas Avenue and Adam Clayton Powell Jr. Boulevard, to block the city Department of Housing Preservation and Development from removing them from the city’s Tenant Interim Lease Program.

The building’s tenant association entered the program in 2008, which required tenants to move into temporary housing while the city made renovations, according to the Legal Aid Society. The ultimate goal was to move back into a renovated building operated as a cooperative where residents could purchase their apartments for as little as $250.

Ten years later, the city is planning to sell the still-boarded-up building to a private landowner to be operated as a rental building.

“The Tenant Association of 206 W. 120th St. is fighting for their home after over a decade of broken promises and false reassurances from the City of New York. Despite the City’s incompetence, confusion, chaos, and years of delay, NYC’s Department of Housing Preservation and Development has wrongfully terminated my clients from their opportunity for cooperative homeownership,” Legal Aid Society Attorney Jason Wu said in a statement.

Wu added that the lawsuit is seeking to re-enroll tenants in the Tenant Interim Lease Program, secure renovations to the building and prevent the sale to a private landowner.

Some tenants at risk of losing their prospects at home ownership include an 82-year-old woman and a military veteran, according to the Legal Aid Society. Most tenants in the building are long-time Harlem residents.

“206 W. 120th St. is just property to HPD, but for me and my neighbors this is our home. In 2008, HPD told us we had to move so the building could be renovated, and they promised us we would return as homeowners,” 82-year-old Tenant Laura Edward said in a statement.

Jamal Kilkenny, a building resident and active service member in the military and the New York National Guard, said he had just returned from a deployment in Iraq when he received notice that HPD was removing the building from the TIL program.

An HPD spokesperson said they could not comment on pending litigation, but added that buildings that get removed from the TIL program benefit from rent-stabilized leases and a regulatory agreement to keep units affordable.

Despite the rent protections, the city’s move to cut the TIL program from 206 W. 120th St. has received near-universal condemnation from Harlem’s local elected officials. Attorney General-elect Letitia James said that building tenants remain “committed to seeing through the co-op conversion process,” despite 10 years of displacement.

“That 206 West’s conversion has not already been completed highlights the serious problems that plague this once promising and successful city program,” James said in a statement.