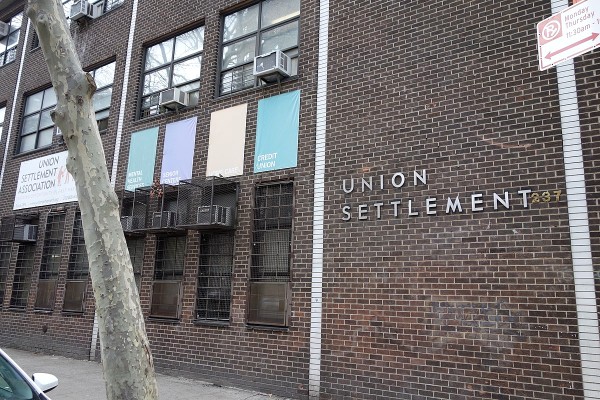 In an unprecedented show of support and solidarity, almost 1,000 employees of nonprofit organizations performing vital services under contracts with New York City.

They have come together signing a letter imploring Mayor de Blasio to adopt a $17.50 per hour minimum wage for City-funded nonprofit workers.

The campaign was organized by Union Settlement (www.unionsettlment.org), which is the oldest and largest social service provider in East Harlem and has multiple contracts with the City to provide vital services, including early childhood education, afterschool and summer youth programs, adult education classes, and senior centers.

The letter drew support from almost 1,000 employees from well over 100 nonprofits, noting that the workers are doing “some of the most important work in the City” – including educating children, caring for seniors, feeding the hungry and housing the homeless – but that they are paid such low wages that they often cannot support their own families. A minimum wage employee working 40 hours per week earns just $31,200 per year, which simply is not enough to cover rent, food, childcare, health insurance, transportation, and other daily expenses here in New York City.

“How are nonprofit workers like us supposed to afford basic necessities on such inadequate salaries?” the letter asks, later adding: “As Mayor, you have the power – with the stroke of a pen – to ensure that we can earn a living wage, and thereby afford to house, clothe, and feed our own families.”

In April, President Biden signed an Executive Order increasing the minimum wage for individuals working on federal contracts to $15 per hour – including in low-cost areas of the country. New York City, in contrast, is one of the highest-cost cities in the United States. The letter calls on Mayor de Blasio to adopt a $17.50 per hour minimum wage for City-funded employees, and to amend existing contracts to provide additional funding to cover the cost of those increases.

In support, the letter noted that the “Fight for $15” to achieve a $15 per hour minimum wage started over a decade ago, and adjusted for inflation that equates to $17.50 per hour now. In addition, the workers cited the MIT Living Wage Calculator (https://livingwage.mit.edu/counties/36005), which indicates that a “living wage’ in New York City is $21.77 per hour for a single childless adult and $20.63 per hour for two working adults with one child — with higher numbers for families with more children.

“I have a full-time job preparing the meals for children in our daycare but I do not make enough money to support my family, said Noelyn Niles, a cook at United Community Centers in East New York.

“The cost of living and inflation in New York is astronomical and it’s hard to get by on $16 an hour” said Jacob Wise, who works as a meal delivery driver at Union Settlement in East Harlem. “I work two jobs, six days a week just to make ends meet while sacrificing my health. I’m stuck between a rock and a hard place because I make too much to qualify for benefits, but not enough to be comfortable.”

Although City-funded nonprofits are private entities, the City effectively determines how much their employees are paid, by deciding how much money to allocate to core City-funded social services, such as child care, afterschool programs, English language classes, homeless housing, senior centers and more.

Mayor de Blasio adopted a $15.00 per hour minimum wage for employees working under City contracts back in January 2016, but the letter asserts that this wage was “insufficient to live on then, and [is] even less sufficient now.”

“This is one of the most crucial issues facing the City right now,” said David Nocenti, the Executive Director of Union Settlement.  “City funding is so low that we are struggling to find employees, and the hardships are felt not just by our own staff, but also by the vulnerable children and families we serve.” Mr. Nocenti had published an op-ed calling for this increase in the New York Daily News in June.

Union Settlement has taken unilateral action to address this issue, by asking its donors for additional contributions so that it can pay its full-time workers a minimum salary of $32,000/year, which is about $17.50 per hour.  “We can’t sit by idly and watch our employees struggle, but we simply lack the capacity to sustain this over the long term, and need the City to step up,” said Mr. Nocenti.

“An increase in the minimum wage would be greatly appreciated and would help a lot in budgeting bills and monthly expenses,” says Kenya Black, a childcare worker at Sheltering Arms Children and Family Services. “We work hard to keep our facilities running through snowstorms, hurricanes, and the pandemic. We deserve to be paid a fair wage.”

Nonprofit employees interested in joining the letter can still do so here.

Union Settlement is an on-the-ground resource for East Harlem residents of all ages, and a passionate advocate for the needs of underserved communities.