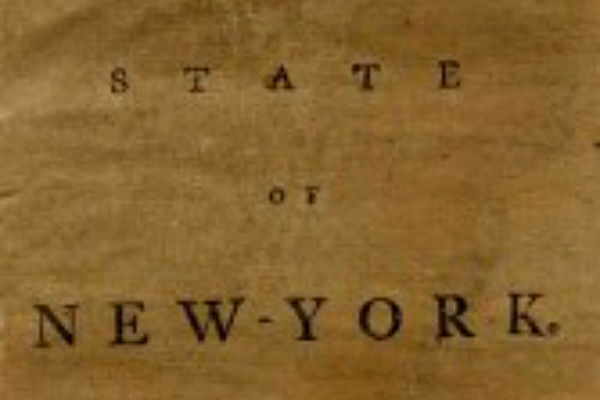 Today, the New York State Senate passed legislation (S.335) sponsored by Senator Brad Hoylman (D/WF-Manhattan), to prohibit fluids generated from hydrofracking or other oil and gas drilling from being applied to roads as a dust inhibiting or de-icing agent. Currently, these toxic and carcinogenic chemicals are used by dozens of cities, towns and private agencies across New York State as dust inhibiting or de-icing agents, despite the fact that they can seep into groundwater and contaminate nearby bodies of water.

The Assembly companion legislation (A.903) is sponsored by Assembly Member Danny O’Donnell (D-Manhattan).

Senator Hoylman said: “Even though we’ve banned hydrofracking in New York, we haven’t banned all uses of waste generated by fracking and other oil and gas drilling. When these toxic chemicals are spread on our highways, they don’t just magically disappear after they melt ice, they run off and seep into our rivers, lakes and groundwater. That poisons our environment and puts our drinking water at risk. I’m proud of the protections this legislation offers, and I’m grateful for Senate Majority Leader Andrea Stewart-Cousins’ deep commitment to preserving our environment.”

Hydrofracking operations generate a variety of waste fluids, which are used by some communities to de-ice roads in winter (due to its high salt content) and suppress dust in other seasons.

In addition, studies from Pennsylvania have shown that hydrofracking wastewater can exhibit high levels of radioactivity that pose a serious risk to human health.

Related:  Seitu’s World: Wow Women Of The World 2017 At The Apollo Theater In Harlem

Wastewater spread on roads can expose workers and the public to unsafe levels of radioactivity, and chemical contaminants in the waste-water can be washed into and pollute streams and rivers and migrate into groundwater.

In 2017, the New York State Department of Environmental Conservation (DEC) issued revised regulations banning the use of waste from high-volume fracking on roadways, but continuing to allow road spreading of other liquids from oil and gas drilling operations.

Fifteen counties in New York have already banned the use of this waste on roads, and this legislation would prohibit their use in the entire state, along with codifying DEC’s 2017 prohibition on fracking waste.