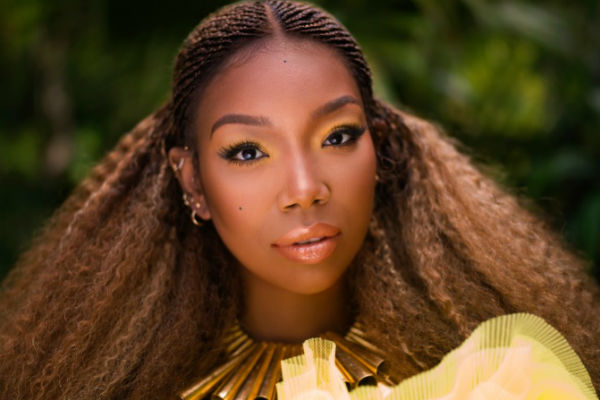 Just in time for Mother’s Day, GRAMMY Award-winning singer/songwriter Brandy is back with a very special tribute for all mothers across the globe. Brandy releases her long-awaited, empowering new single “Baby Mama” featuring Chance The Rapper today via Brand Nu Entertainment/Entertainment One (“eOne”). Produced by Hit-Boy and Brandy, the horn-laden track is an ode to raising her daughter Sy’rai and a larger anthem to all mothers working hard to support their family.

The single is currently available on digital platforms worldwide and will be impact radio on May 4, 2020. The song premiered this morning via iHeart Media stations across the country and will be played every hour on the hour today until 10 PM local time.

“It takes a village to raise em’, we don’t do it all by ourselves…This song ain’t just for me, it’s for every mama yeah…Every day I breathe it’s for my little mama…I’m every woman and a baby mama.”

“My new single is about embracing the strength and fortitude needed not only in motherhood but in life. I’m am thrilled that Chance joined me on this track, and I hope my fans find it as uplifting as I intended it to be!”

Following the single’s release, BET will premiere the official “Baby Mama” video on Monday, May 4 via, BET JAMS and BET SOUL, and BET.com beginning at 12 noon ET. Directed by Derek Blanks, with creative director Frank Gatson, the video features a glowing and vibrant Brandy.

“Baby Mama” is the follow-up to Brandy’s GRAMMY-nominated, hit single with Daniel Caesar, “Love Again,” which soared to #1 on the Urban AC chart late last year.

Since emerging with her 4x-platinum self-titled debut album in 1994 (released when Brandy was only 15-years-old), this trail-blazing pioneer has sold more than 40 million albums worldwide and is ranked one of the best-selling female artists in American music history by the RIAA, having sold over 11 million albums in the United States. During her reign she recorded five albums: In 1998 – Never Say Never (1998), Full Moon (2002) Afrodisiac (2004), Human, and 2012 – Two Eleven (2012). Brandy has also earned scores of awards, including a Grammy, an AMA, two Soul Train Music Awards, two NAACP Image Awards, three Billboard Awards, four MTV Awards, six Soul Train Lady of Soul Awards, two Nickelodeon Kids’ Choice Awards, and four BMI Awards.

Entertainment One Ltd. (eOne) is a talent-driven independent studio that specializes in the development, acquisition, production, financing, distribution, and sales of entertainment content. As part of global play and entertainment company Hasbro (NASDAQ: HAS), eOne’s expertise spans across film, television and music production and sales; family programming, merchandising and licensing; digital content; and live entertainment. Through its extensive reach and scale, and a deep commitment to high-quality entertainment, eOne unlocks the power and value of creativity.

“Baby Mama” will be featured on Brandy’s highly anticipated forthcoming album out later this year. Fans can stay updated on new music and more by logging onto www.4everbrandy.com.