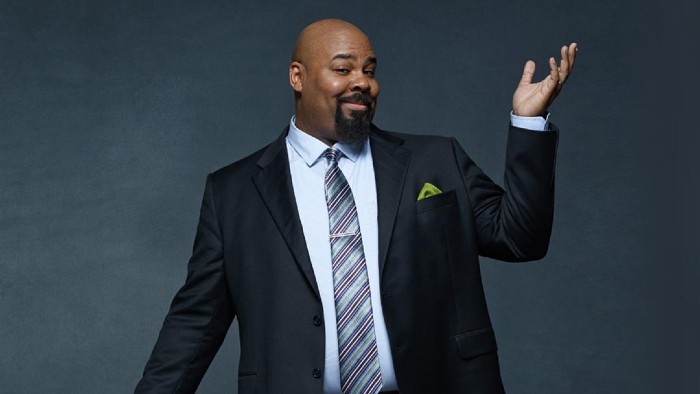 NJPAC (New Jersey Performing Arts Center) and NJ PBS have announced a star-studded line-up for the return of the award-winning American Songbook at NJPAC series.

The performances for this, the fifth season of the series, will be taped on the Lizzie and Jonathan Tisch Stage at NJPAC’s Victoria Theater on Thursday, April 21, 2022, and Friday, April 22, 2022, in front of a live audience, for broadcast on NJ PBS later this Spring.  Tickets for both concert performances are now on sale.

The latest season of the six-part broadcast series will feature acclaimed Broadway veterans offering their interpretation of classics and newer works from the great American Songbook.

A first night of taping will feature both Debbie Gravitte, Tony-honored for her role in Jerome Robbins’ Broadway and a star on concert stages around the globe, and Melissa Errico, a Tony-nominee for Amour and a celebrated interpreter of the songs of Stephen Sondheim.

The next evening’s taping will include appearances by James Monroe Iglehart, a Tony-winner for his unforgettable turn as the Genie in Aladdin, who also starred in the dual roles of Marquis de Lafayette/Thomas Jefferson in Broadway’s Hamilton, and Jim Dale, star of Broadway’s Barnum and a multiple GRAMMY Award-winner for his narration of all seven Harry Potter audiobooks.

Each performance will be followed by an on-stage Q&A session with the stars conducted by Ted Chapin, the former president of the Rodgers and Hammerstein Organization.

“I’m thrilled that American Songbook at NJPAC is returning this season, and I’m more than honored to be its host once again. The performers in this series have always been the best of the best, and this year’s group is right up there,” says Chapin.

“The American Songbook presents a wide spectrum of amazing material, and I know the choice of songs at these concerts will both surprise and delight.  The opportunity to hear these songs brilliantly performed, and then dive into each singer’s stories, will be a double treat.”

Tickets are now on sale for both of the American Songbooks at NJPAC concerts, $39. Tickets are available online at  NJPAC.org, and at NJPAC’s box office at 1 Center Street in downtown Newark.

“NJ PBS is thrilled to partner once again with the Arts Center on the American Songbook at NJPAC broadcast series,” says NJ PBS General Manager Joe Lee.  “Our two mission-driven organizations are dedicated to the celebration and preservation of great American music and the vibrancy of art and culture in New Jersey.  We take pride in making these wonderful performances accessible to all New Jerseyans through the power of public media.”

“For more than 100 years, American composers and lyricists have written the songs that provide the soundtrack of our lives,” says John Schreiber, President, and CEO of NJPAC.

“Whenever I feel deeply moved, I know somewhere in the Great American Songbook is a tune that’s like a perfect, miniature three-act musical that will deepen whatever emotion I’m experiencing. There’s nothing like this music, and we’re thrilled that this wonderful tradition of live performances for television is returning to NJPAC.”

The American Songbook at NJPAC broadcast series is a production of The New Jersey Performing Arts Center and NJ PBS.

The series, which launched in 2013, has received countless accolades, including a nomination for a 2015 Mid-Atlantic Emmy® Award.  Its first season was awarded a New York State Broadcasters Association award for Outstanding Locally Produced Television Program.

The American Songbook at NJPAC live performances are presented, in part, through the generous support of the Blanche and Irving Laurie Foundation, the David S. Steiner and Sylvia Steiner Charitable Trust, the Joan and Allen Bildner Family Fund, and the Smart Family Foundation/David S. Stone, Esq., Stone & Magnanini

For forty years, Ted Chapin ran the Rodgers & Hammerstein Organization. Under his auspices, eight Broadway revivals won the Tony Award: On Your Toes, Carousel, Show Boat, Annie Get Your Gun, South Pacific, Oklahoma! and The King and I – twice! – and successful television productions of The Sound of Music (Live) and a multi-racial Cinderella were presented. He was producer of both the Musical Theater Lab and two acclaimed seasons of Lyrics & Lyricists at 92Y. His book Everything Was Possible – The Birth of the Musical ‘Follies’, based on his experience as the production assistant on the Sondheim musical, won an ASCAP/Deems Taylor Award when it was published by Alfred A. Knopf.  A new revised edition is being published this summer by Applause Books.

At seventeen, Jim Dale became one of the youngest professional comedians touring British Music Halls. In his 20’s he became a successful pop singer under the wing of legendary Beatles recording manager Sir George Martin. His work on and off Broadway includes appearances in  Scapino, Barnum (for which he was honored with a Tony Award), Joe Egg, Candide, Me and My Girl, The Music Man, The Threepenny Opera, and The Road to Mecca. Over his career, Jim has won five Tony Award Nominations, as well as five Drama Desk Awards, including  “Outstanding Revue” for his most recent one-man show at the Roundabout Theatre, Just Jim Dale. As a lyricist he won an Academy Award Nomination for the title song from the film “Georgy Girl,” starring Lynn Redgrave. He also narrated all seven audiobooks in the Harry Potter series, winning two GRAMMY Awards.

Melissa Errico is a Tony Award-nominated Broadway star and lauded concert artist. The Wall Street Journal called her 2018 album, Sondheim Sublime, “the best all-Sondheim album ever recorded.” Her Sondheim roles on stage have included Dot in Sunday In The Park With George at The Kennedy Center, Clara in Passion at Classic Stage Company; and Leona in the NY City Center Encores! production of Do I Hear A Waltz?  In 2020, she sang “Children and Art” in the Sondheim 90th Birthday Concert. Her starring roles on Broadway include My Fair Lady, Amour, and High Society. She has also sung countless concerts of American Song, including stints at Joe’s Pub, Carnegie Hall, Town Hall, Lincoln Center’s Allen Room, and 54 Below.

Debbie Gravitte, a Tony Award winner for Jerome Robbins’ Broadway, is one of Broadway’s biggest personalities. After making her Broadway debut in the original cast of They’re Playing Our Song, she went on to appear in Perfectly Frank, Blues in the Night, Ain’t Broadway Grand, Zorba, Chicago and Les Miserables. Debbie has been seen in the Encore’s series productions of The Boys from Syracuse, Tenderloin, and Carnival. Debbie has performed her nightclub act worldwide, from New York’s Rainbow and Stars, 54 Below and Birdland to London’s Pizza on the Park. A favorite with Symphony audiences, she has sung with over 175 orchestras around the world. On television, Debbie co-starred on the CBS series Trial and Error.

James Monroe Iglehart is an award-winning actor of stage and screen, most recently seen as Billy Flynn in the longest-running American musical on Broadway, Chicago. He has also appeared in the musical Hamilton, in the dual roles of Marquis de Lafayette/Thomas Jefferson, in Freestyle Love Supreme and won the Tony for Best Featured Actor for his comic triumph as Genie in Disney’s Aladdin the Musical. He has been seen on TV in shows including Maniac, The Unbreakable Kimmy Schmidt, Elementary, Law & Order: SVU and The Marvelous Mrs. Maisel. He has also voiced many animated characters for Disney, Nickelodeon & Apple TV productions.

The New Jersey Performing Arts Center (NJPAC), located in downtown Newark, New Jersey, is among the largest performing arts centers in the United States.  It is the artistic, cultural, educational and civic center of New Jersey — where great performances and events enhance and transform lives every day.  As New Jersey’s Town Square, NJPAC brings diverse communities together, providing access to all and showcasing the State’s and the world’s best artists, while acting as a leading catalyst in the revitalization of its home city.  Through its extensive Arts Education programs, NJPAC is shaping the next generation of artists and arts enthusiasts.  NJPAC has attracted more than 10 million visitors (including almost two million children) since opening its doors in 1997, and nurtures meaningful and lasting relationships with each of its constituents.  Visit NJPAC.org or call 1-888-GO-NJPAC for more information.