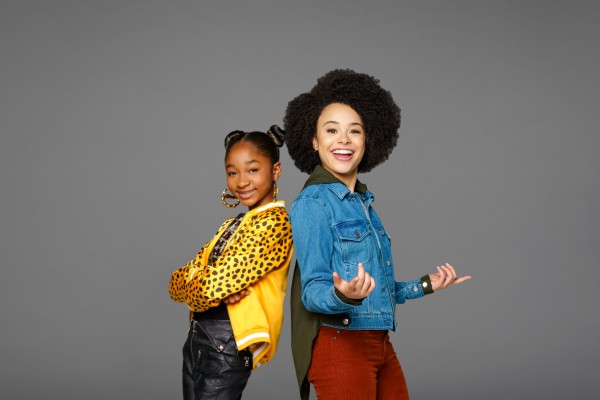 Nickelodeon announced today that it has greenlit a 13-episode second season of its hit live-action buddy comedy That Girl Lay Lay.

The series follows Lay Lay (Alaya “That Girl Lay Lay” High), an avatar from a personal affirmation app that magically comes to life, and her best friend Sadie (Gabrielle Nevaeh Green) as they navigate life as teenagers and discover who they truly are.

Season one of That Girl Lay Lay shattered records this Fall with premieres delivering double-digit gains on Thursday nights and consistent #1 rankings in the time slot across all TV among K6-11.

“I’m so excited to continue this journey with Lay Lay, Nickelodeon and all the talented actors, writers and crew that make this show the hit that it is,” said creator and showrunner David A. Arnold. “Stay tuned because we have so much more fun coming!”

“I couldn’t be more proud of the show that we were able to create with David A. Arnold and Nickelodeon,” said executive producer Will Packer. “That Girl Lay Lay is the series that so many kids need in their lives today for so many reasons, and I can’t wait for everyone to see all the adventures coming in season two.”

That Girl Lay Lay follows Lay Lay, a virtual hype avatar who magically comes to life after her best friend Sadie wishes on a star. For her work on the series, That Girl Lay Lay is currently nominated for an NAACP Image Award in the “Outstanding Performance by a Youth (Series, Special, Television Movie or Limited-Series)” category. Season two of That Girl Lay Lay will begin production early this year in Los Angeles with a premiere slated for this summer on Nickelodeon.

Season two of the series will bring more music and magical powers as the two best friends continue to go on even more exciting adventures, working to fulfill Lay Lay’s desire to experience everything that comes with being a real teenager.

The series marks Nickelodeon’s first project under an overall deal with That Girl Lay Lay to develop original multiform programming.

In addition to her comedy series, Nickelodeon’s comprehensive strategy for That Girl Lay Lay includes supporting her music career and an exclusive line of consumer products That Girl Lay Lay is produced by Will Packer Media (Bigger), with Will Packer (Little, Ride Along) executive producing and Peggy Cheng overseeing.

Production of That Girl Lay Lay for Nickelodeon is overseen by Zack Olin and Shauna Phelan, Co-Heads of Nickelodeon & Awesomeness Live-Action. Jessica Brown serves as Nickelodeon’s Executive in Charge of Production for the series.

Led by Hollywood producer Will Packer, Will Packer Media is a first-of-its-kind production and branded content company focused on the New American Mainstream audience. In partnership with Discovery, Inc. and Universal Pictures, the company produces episodic scripted and unscripted series across television and digital platforms, compelling content for brand clients, and short-form digital content for millennial audiences. Will Packer’s films have earned more than $1 billion, with ten openings at number one at the box office.

Nickelodeon, now in its 42nd year, is the number-one entertainment brand for kids. It has built a diverse, global business by putting kids first in everything it does. The brand includes television programming and production in the United States and around the world, plus consumer products, digital, location-based experiences, publishing and feature films.

For more information or artwork, visit http://www.nickpress.com. Nickelodeon and all related titles, characters and logos are trademarks of ViacomCBS Inc. (Nasdaq: VIACA, VIAC).